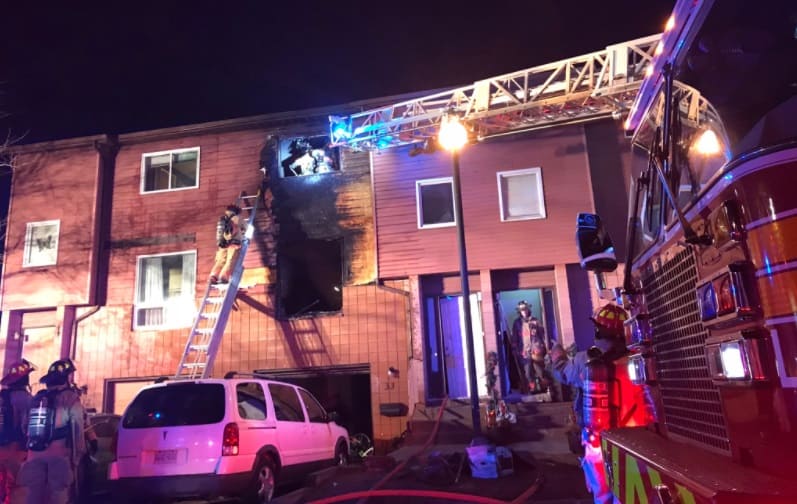 A family of seven was rescued from a burning house early Monday (March 21) on Hamilton mountain.

According to the Hamilton Fire Department (HFD), crews were called to a multiple-alarm structure fire at a townhouse on Upper Wentworth just after 2 a.m.

Three adults and four children were rescued from a second-storey bedroom window and were taken to local hospital for treatment.

The extent of the damage to the unit is unknown at this time but appears to be extensive.

Ontario’s Fire Marshal has been called in to investigate.

HFD crews rescued a family of seven from a multiple alarm townhouse fire this morning on Upper Wentworth. Everyone removed from a second storey bedroom. Fire is out, patients transported #StrongForYou #HamOnt pic.twitter.com/kcrvblUySC