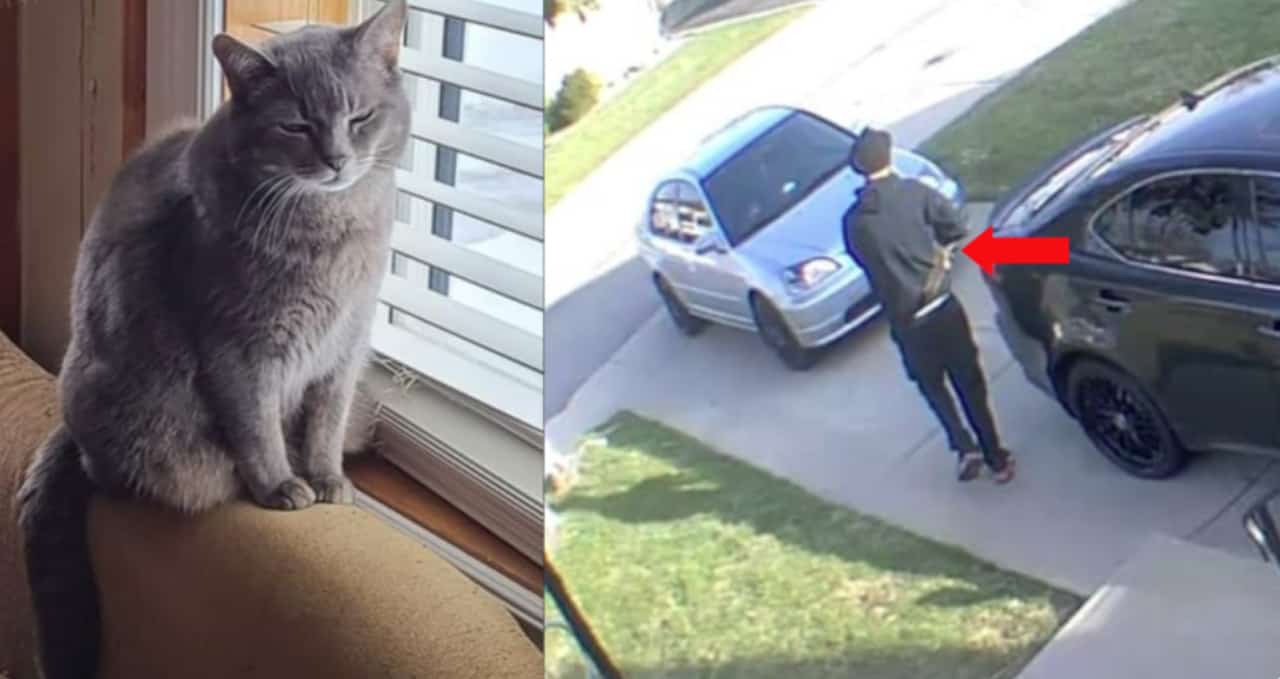 A Hamilton family is frantically searching for their cat, who they believe was taken by the pizza delivery guy.

The Belforte family and friends took to social media Friday to ask for help in finding “Dwight” and say video surveillance allegedly shows their pet was picked up and taken away by the driver who delivered their pizza a few days before.

“He was on the porch…like we have it on video,” Rebecca Belforte told Global News. “He delivered the pizza and then went out of his way to put the pizza bag back in the car and then come up and scoop our cat.”

The family said when they contacted the pizza place, they were put into contact with the driver who, they say, told them he let the cat go in the area of Gordon Drummond Ave. and Kennard St. — about 10 km away from their home.

The family believes the cat slipped out of the house while they answered the door to pay for the pizza.

They say they looked everywhere for the cat and were shocked at what they found when they checked the footage on their surveillance camera the next day.

Hamilton Police have been notified of the matter.

The 12-year-old Dwight is mostly grey with a white spot on his nose and dark spots on his tail.