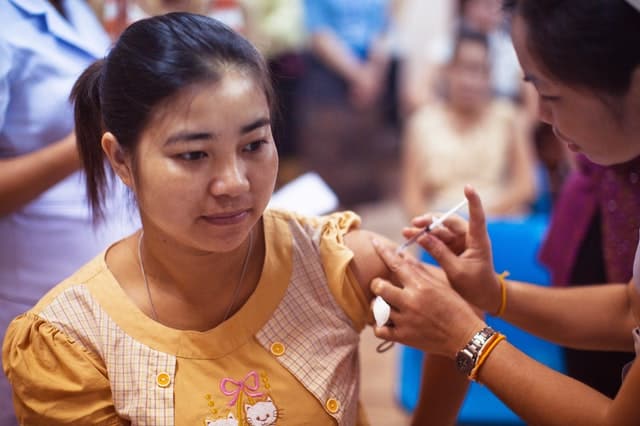 A central Hamilton city councillor says there is a communication breakdown within her ward that might be contributing to the area’s relatively low COVID-19 vaccine uptake rates.

Hamilton as a whole is far from alone in having a stalled first-dose campaign, but it also has the lowest vaccination completion rates — the percentage of the eligible population who had have two jabs — of any single-tier municipality in Ontario. There is also a variance within sections of Hamilton.

There are several forward sortation areas (FSAs) whose first-dose coverage, calculated from the total population, is lower than the vaccination completion in other FSAs. (Forward sortation areas are sorted by the first three characters of postal codes. Ratings can also be skewed by the amount of families with one or more child under age 12 who is not eligible to receive a COVID-19 vaccine.)

Ward 3 city councillor Nrinder Nann wrote in a Twitter thread that she and a group of volunteers canvassed more than 750 homes on Thursday (Aug. 6), dropping off flyers with vaccination clinic information. They said many residents were unaware of where they could get vaccinated, and that having clinics open in the evening hours would be more convenient.

“The common response (was) ‘thank you for getting this information out,’ ” Nann wrote.  Many didn’t know there are so many vaccination options nearby. Shift workers continue to say they need PM clinic options close to home.

“Bringing the vaccine and reliable information to where people are is essential in addressing low vaccination rates,” she added.

Nann’s ward, which stretches from Ottawa Street to Wellington Street North between Hamilton Harbour and the Niagara Escarpment, contains the L8L, L8M and L8N FSAs. First-dose coverage in those areas ranges from a city-low 56.4 per cent (L8L) to 64.4 per cent (L8N).

There are several other areas in the city where fewer than 65 per cent of the population is vaccinated, according to the city’s data. 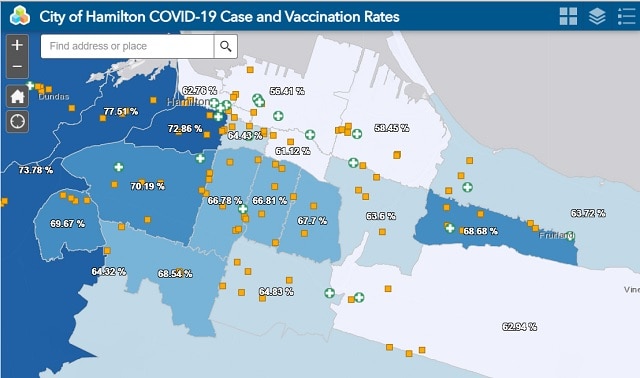 Conversely, 65.5 per cent of the population in the L9H area, the village of Dundas, has completed their vaccination series. Second-dose coverage in other FSAs is as low as 38.2 per cent (L8L also). 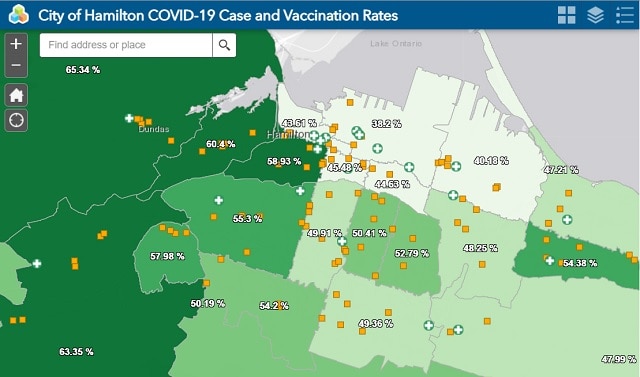 The city is winding down its large-scale mass vaccination clinics, with two remaining open.