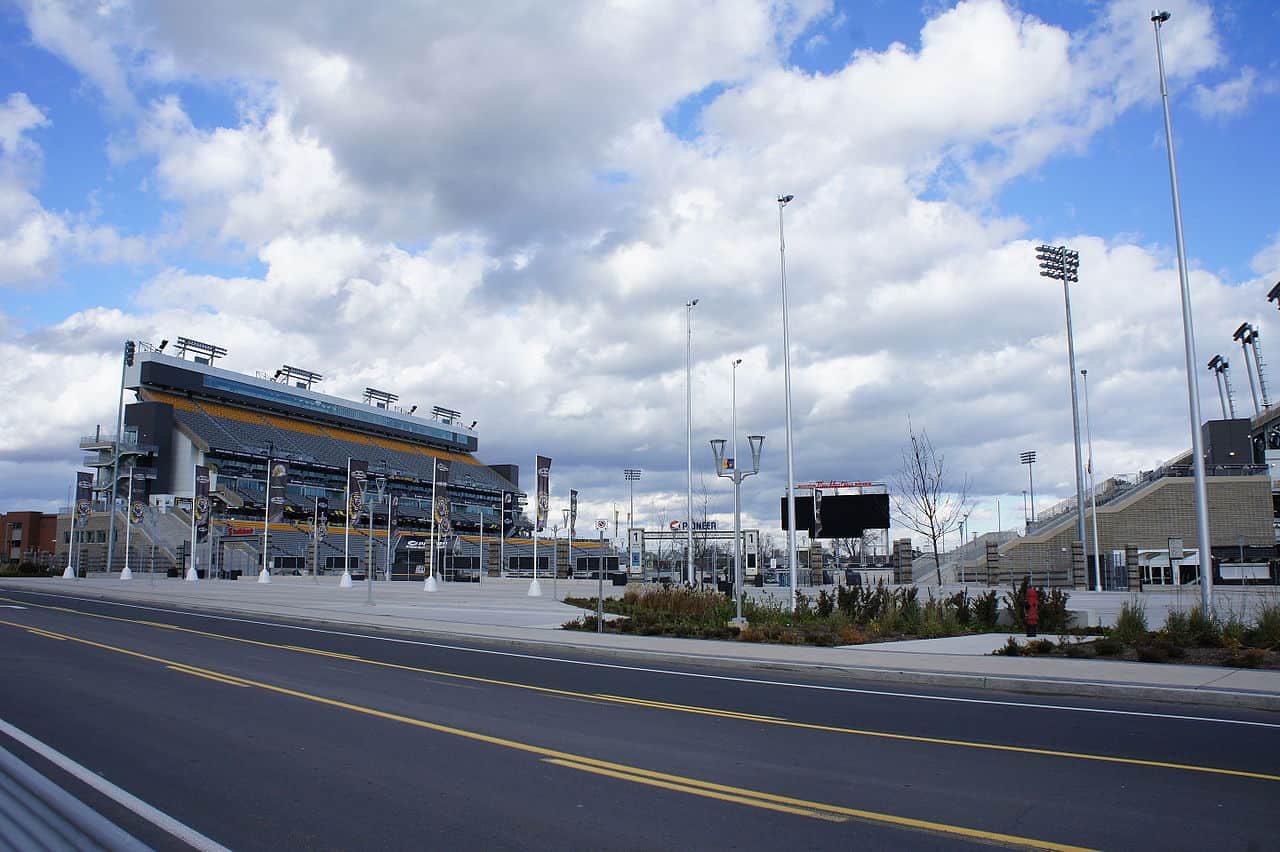 Talks are reportedly underway to have the 2022 NHL Heritage Classic outdoor game played at Tim Hortons Field in Hamilton, Ontario between the Toronto Maple Leafs and Buffalo Sabres.

Well, Hamilton could finally be getting NHL hockey — for one day, at least.

Talks are reportedly underway to bring the Heritage Classic outdoor game to Tim Hortons Field in 2022 with a target date of Mar. 13. The Toronto Maple Leafs would face the Sabres with Buffalo designated as the home team despite a predictably sizable pro-Leafs crowd taking over the stadium that’s expandable to 40,000 seats.

Tim Hortons Field is situated approximately one hour from both Scotiabank Arena in Toronto and KeyBank Center in Buffalo — the home arenas for both clubs.

Mike Harrington of The Buffalo News broke the story and claims multiple sources in his report. He notes that the two teams are scheduled to play a matinee on Mar. 13 at KeyBank Center in Buffalo, but the game is notably absent from the Sabres’ two half-season ticket options unveiled last week.

It’s also worth noting that the Heritage Classic has been sponsored by Tim Hortons in the past.

It’s unclear, however, how things would be worked out logistically with border issues should they come up. The Sabres would also need to be compensated for the loss of a true home game.

The NHL’s Heritage Classic would mark the second major event at Tim Hortons Field in a three-month span. The 108th Grey Cup is being hosted by Hamilton on Dec. 12, 2021.