Hamilton's swift switch from one-way to two-way streets continued on Tuesday with the completion of the final phase of the Queen St. South conversion.

Hamilton’s swift switch from one-way to two-way streets continued on Tuesday with the completion of the final phase of the Queen St. South conversion.

The switch began in 2020 when the stretch of Queen between King St. and Herkimer St. was converted to a two-way. With Tuesday’s work, Queen is also a two-way from King to Main St. West.

The scope of work also included:

“I am pleased to see the Queen Street two-way conversion completed,” said Mayor Andrea Horwath. “I have heard directly from Hamiltonians that road safety is a major priority, and I will work tirelessly to secure improvements for pedestrians, cyclists and drivers in all communities across our city.”

The conversion of Queen was approved by the city council in 2017 as Hamilton moves towards “complete streets” — improving accessibility for all road users, including pedestrians and cyclists.

The city is undergoing a series of road transformations for safety-enhancement purposes and in preparation for the light rail transit (LRT) project. Main and King will be converted into two-way streets; Main —in the name of safety, and King — to better facilitate LRT.

Main and King have been major topics of discussion for the city due to the disproportionate number of collisions and pedestrian deaths on the streets this year.

Lane reduction and reconfiguration work began in the summer on Main, with the addition of pedestrian buffers and bump-outs, as well as a bus-only lane.

Hamilton city council passed a motion last May to convert Main, which had just reached double-digit pedestrian deaths within a few months when Hamilton typically averages around four per year.

The motion also called for a safety assessment of King, which is already facing restructuring due to the implementation of light rail transit (LRT) along the corridor. 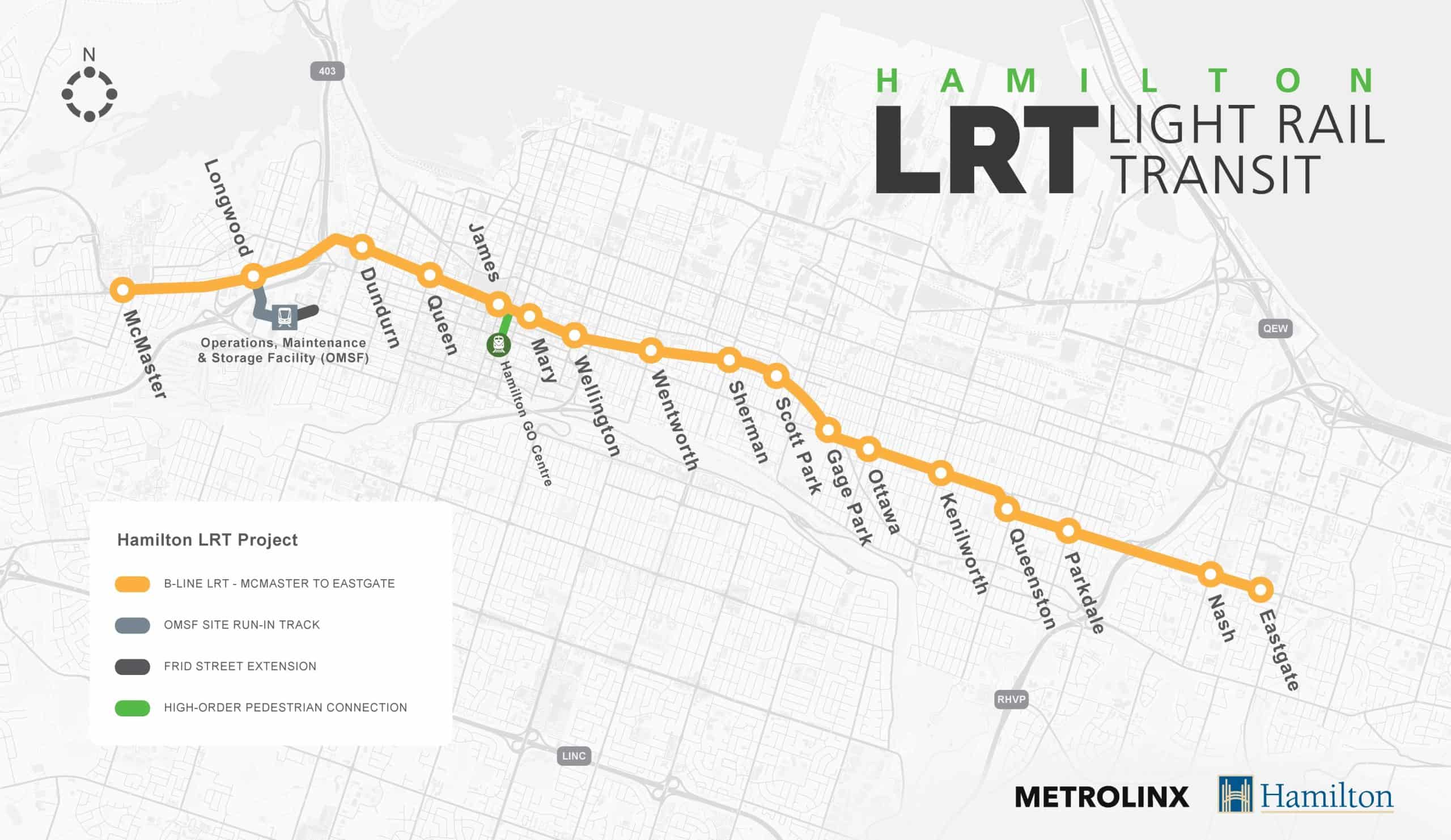 In addition to the lane reconfiguration work, various immediate measures focusing on roadway safety improvements have been implemented along Main and King between Dundurn and Delta: