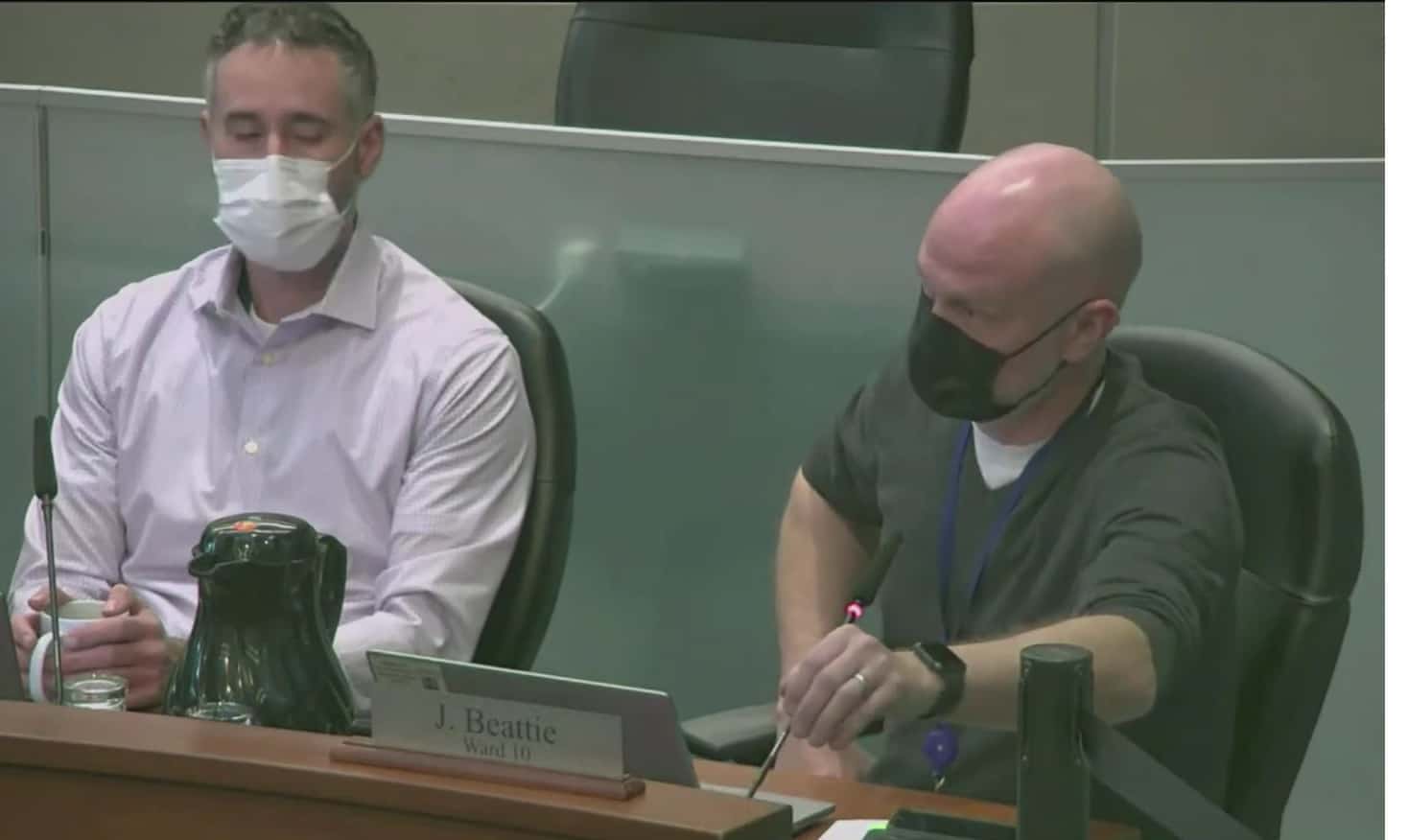 The elected leadership of Hamilton wanted no part of having integrity training conducted out of the public eye.

There are times when Hamilton city council will go into closed session to, for instance, receive an update from lawyers with the city’s legal services division about a sensitive topic. On Tuesday morning, though, all 15 councillors voted against a motion to go into a closed session for training conducted by Principles Integrity, who are the city’s integrity commissioner.

The discussion and decision at a GIC (general issues committee) meeting consumed fewer than 15 minutes before the 0-15 vote. Mayor Andrea Horwath, who was chairing the meeting, did not vote.

“Many of us ran on campaigns of transparency and accountability,” said Ward 9 Coun. Brad Clark, the second-longest serving councillor after Ward 6 Coun. Tom Jackson. “I think we’ve been — so far — sending the right message, from the get-go, that transparency is one of the values of this council. I think it would behoove us to have this educational process in public so the public can learn from it as well, and the councillors can bring forward any separate concerns privately.”

Ward 2 Coun. Cameron Kroetsch, one of the eight councillors who was elected for the first time on Oct. 24, noted “some members of the public have expressed concern with us going behind closed doors.”

The Ontario Municipal Act and a City of Hamilton bylaw spell out that a closed session is allowable when it is for “purposes of educating or training the councillors,” and the “material interests” of the council are not being advance. Janice Atwood, a lawyer who is one of the co-principals of Principles, said there is a “lost opportunity” if the training is done in an open forum.

“It (going into closed session) gives really an opportunity for members of council to engage fully with questions they might not feel comfortable asking about,” Atwood said. “We like to treat our training session as a university seminar… We speak to the principles and some of the things we’ve seen, and our slides are available to the public afterward… we think it’s a far less robust session if we do it publicly. But if council insists on having it in the open, we will go through the slides here.”

The counter-point came from Ward 10 Coun. Jeff Beattie, who is also a first-time councillor.

“Our comfort is irrelevant to the role that we’re in,” he said.

In the 2018-22 term, council passed some progressive policies in the areas of the climate emergency, controlling suburban sprawl and creating gentle density. (Hundreds of Hamiltonians, including about half of council, have protested in recent weeks against the province’s Bill 23 housing act, which will undo many of those local decisions.) But #Sewergate — the Chedoke Creek sewage spill — and the buried Red Hill Valley Parkway safety report had a stickiness. The previous council also had the strain of making difficult decisions about Hamilton’s response to the COVID-19 pandemic.

Subsequently, Hamilton had a change election in October. Horwath was elected the first female mayor of the city after edging challenger Keanin Loomis by 1,663 votes. Nine of the 15 wards have a new councillor.