Hamilton ‘canary in the coal mine’ for Canada’s issues, MP Green says as Mayor Horwath and PM Trudeau meet 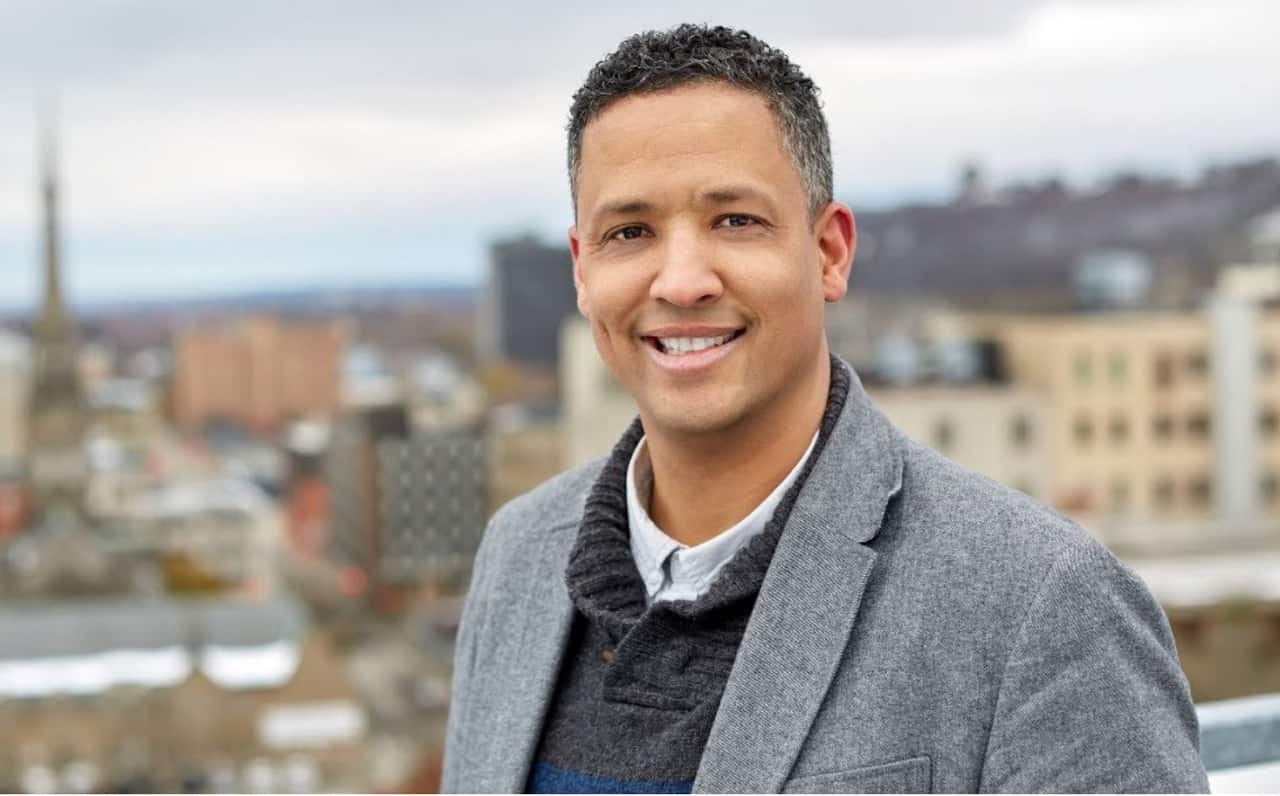 With the federal Liberal cabinet meeting in the riding he reps, Hamilton New Democrat member of Parliament Matthew Green has called on Prime Minister Justin Trudeau to focus on affordable housing and universal healthcare.

The Hamilton Centre MP posted an open letter to the PM and the cabinet on his social media on Monday, calling on elected federal leadership “to see that people are put ahead of profits, and to build a more caring and compassionate country that leaves no one behind.” Green asserted that Hamilton, which is the ninth-largest city in the nation, often bears socioeconomic inequities more acutely than other urban areas. That foreshadows what can be in store for the rest of Canada.

“In many ways, Hamilton acts as the canary in the coal mine for Canada’s economic and social pressures,” Green wrote. “Often, we are the first to feel the effects of bad government policy and are left to pick up the pieces as their impacts unfold across our neighbourhoods.

“… Without significant action from the federal government, people will continue to struggle and risk falling further behind,” Green added.

My Open Letter to PM @JustinTrudeau and his Liberal Cabinet as they visit Hamilton Centre to deliberate their 2023 priorities and federal government agenda.

Green called attention to a seeming contrast between the amount of new home construction in the city centre, and the fact that encampments are a not uncommon sight. It was estimated last week, during an emergency and community services committee meeting, that they are 1,500 housing-deprived people in Hamilton. The MP also called attention to a housing strategy bill that the Trudeau-helmed Liberals passed in June 2019.

“Arriving in downtown Hamilton you would have likely observed the cranes constructing high-rise condos dotted across our skyline, yet in their shadows, we’ve left people living in the rough in tents and makeshift shelters during the frigid Canadian winter,” Green wrote.

“I must remind you that in 2019, Parliament passed the National Housing Strategy Act, which “recognizes that the right to adequate housing is a fundamental human right affirmed in international law.

“Housing is indeed a human right, and therefore it requires massive and immediate federal action on the same scale as the national housing crisis Canadians are currently facing.”

Those remarks came ahead of Trudeau and FedDev Minster Filomena Tassi, who is the Liberal MP for Hamilton West—Ancaster—Dundas, meeting with Hamilton Mayor Andrea Horwath today (Jan. 24). Housing and supporting unhoused people were among the topics discussed, according to the official account.

“The leaders talked about making progress on shared priorities, including advancing infrastructure projects and housing and homelessness initiatives,” it read. “In particular, the Prime Minister and Mayor emphasized the importance of building affordable housing along the Light Rail Transit corridor.”

Today, Prime Minister Justin Trudeau met with the Mayor of @cityofhamilton Andrea Horwath, to discuss key areas for cooperation, including advancing infrastructure and housing projects for the people of Hamilton. More on their meeting: https://t.co/R6uCfhZSl6

Both senior levels of government, federal and provincial, can contribute to the construction of social housing. A tweet that recently went viral showed the decline in the construction of social housing units across Canada across a four-decade span from 1972 till 2010, which covers the eras of six prime ministers — Liberals, and both iterations of the Conservatives alike.

A half-century ago, when Pierre Elliott Trudeau was in his first term as PM, Canada built 31,000 social housing units, which accounted for nearly 21 per cent of all housing built in 1972. That raw total has not been reached again.

Social housing starts took a marked drop in the mid-1990s under former prime minister Jean Chrétien and finance minister Paul Martin. By 2010, when then-prime minister Stephen Harper and his reunited Conservatives were in power, under 1,500 units were built, accounting for only 2 per cent of all housing built.

We used to build social housing in 🇨🇦
In 1972, around 31,000 units were built across Canada. You wonder why there are so many homeless ppl? Such high waitlists for housing? Its failed housing policies. #cdnpolitics #onpoli #TOpoli pic.twitter.com/PokOeTrF3K

The retreat also comes while Ontario’s healthcare system — along with those of several other provinces — is buckling under strains from the COVID-19 pandemic and Premier Doug Ford’s legally-disallowed Bill 124, according to Unifor and other public sector unions. Ford also announced last week that more private health clinics will open across Ontario.

The feds can have some influence on how provinces and territories spend on healthcare. Green did not mention Ontario’s premier, but he contended that universal healthcare is an institution in Canada.

“Canadians expect and deserve a federal government that will defend our public institutions,” Green wrote.

“We need a public healthcare system that follows the principles in the Canada Health Act, including equal access to care for all, a prohibition on charging patients for insured care, a ban on extra billing and preferential access,” he wrote.

The Canada Health Act was introduced in 1983 when Pierre Elliott Trudeau was in his final months as PM, and was passed by an unanimous House of Commons vote. The enactment and consultation with provinces were handled by Brian Mulroney’s Progressive Conservatives, who won power in 1984.

Green is in his second term in the House of Commons, having first been elected in 2019. His party supports the Liberals through a confidence supply agreement intended to ensure that Trudeau’s minority government will not fall, which triggers an election, until 2025.

Prior to running federally, Green was the Ward 2 city councillor in Hamilton for one term, from 2014 to ’18. That was also the first elected office that Horwath held, from 1997 till 2004, before she was elected to the Ontario legislature. The mayor led the Ontario New Democrats for 13 years, before resigning as leader and an MPP in the summer to return to municipal politics.

The full name of FedDev, which is the cabinet portfolio that Tassi holds, is Federal Economic Development Agency for Southern Ontario.