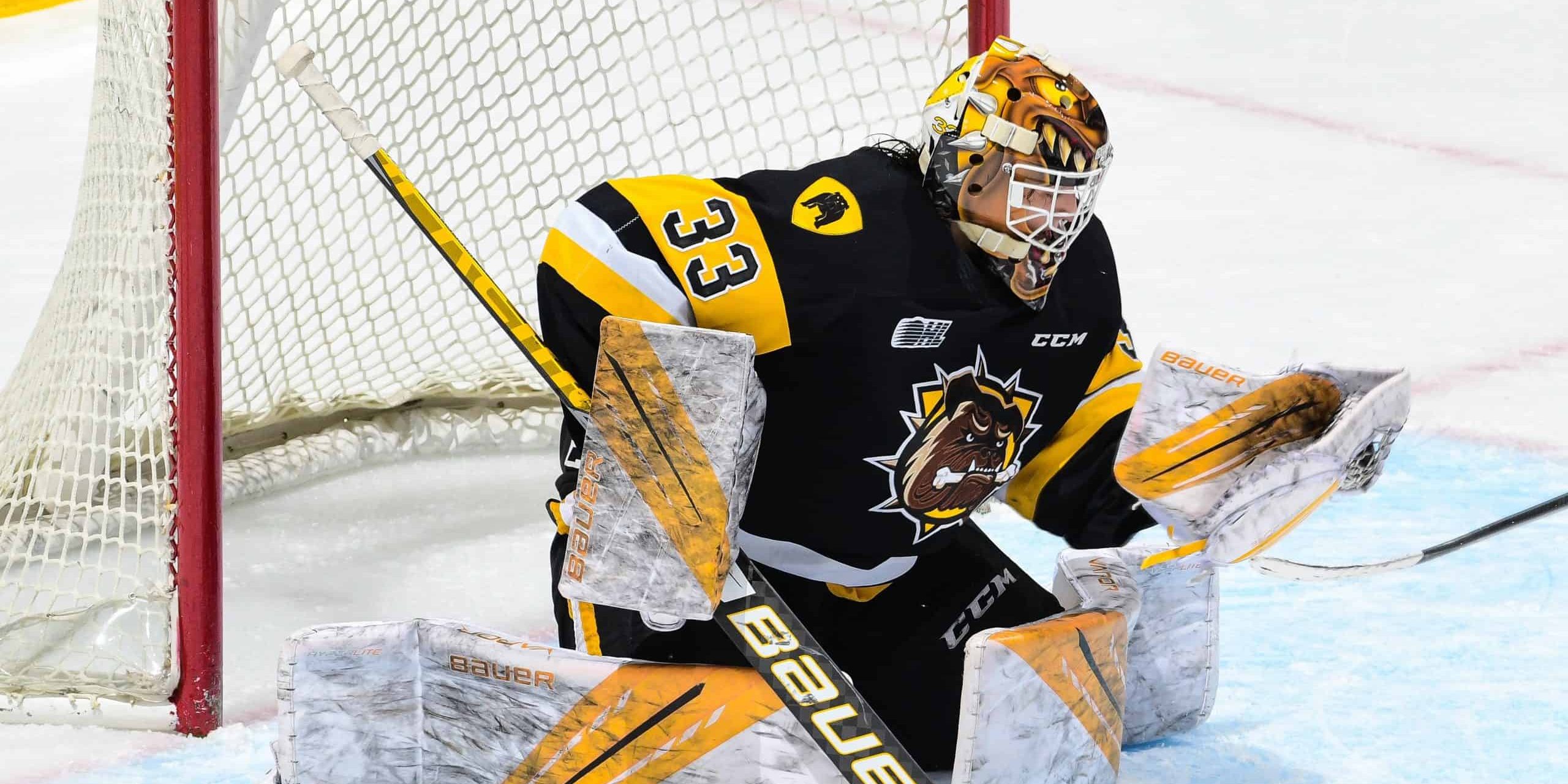 The Hamilton Bulldogs dealt a key piece of its championship team, sending goaltender and Hamilton-native Marco Constantini to the Kitchener Rangers. (@BulldogsOHL on Twitter)

The Hamilton Bulldogs dealt a key piece of its Ontario Hockey League Championship team from last season, sending goaltender and Hamilton-native Marco Constantini to the Kitchener Rangers on Thursday.

In two starts this season, Constantini is 1-1 with a 4.03 goals-against and .892 save percentage.

The Hamilton Bulldogs have acquired 2nd Round Draft selection in 2025 as well as a cond. 6th in 2025 from the @OHLRangers in exchange for Marco Costantini.

Thank you Marco! We wish you all the very best in Kitchener!

“Due to the rules regarding over-age players and the quality of our over-age class, the Hamilton Bulldogs were forced into a tough position of having to move not just an incredible player but an incredible person in Marco Costantini,” issued the Bulldogs in a media release.

“(We) would like to thank Marco for four excellent years in our organization and wish him every success with the Kitchener Rangers.”

Hamilton will turn to a pair of Oakville natives in the crease, Tristan Malboeuf and Matteo Drobac.

The Bulldogs hit the road and return to action on Friday against the Kingston Frontenacs.