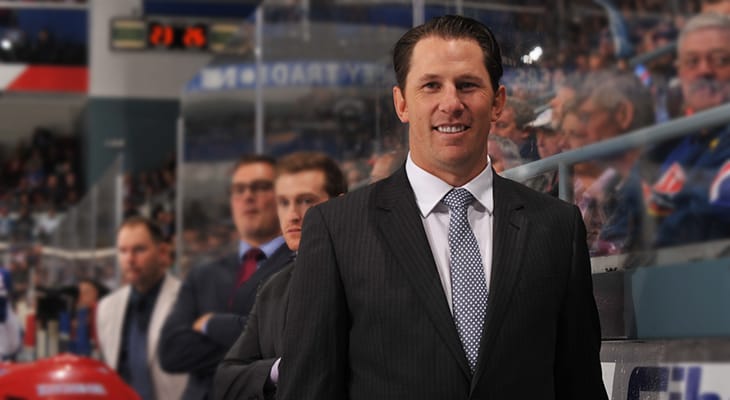 He was previously the head coach of the OHL’s Kitchener Rangers.

McKee played 180 games in the OHL with Sudbury and Niagara Falls. He was drafted in the first round, 14th overall by the National Hockey League’s Buffalo Sabres in 1995.

“We are extremely excited to introduce Jay McKee as our head coach for the Hamilton Bulldogs,” said Bulldogs President & General Manager Steve Staios. “Jay brings the type of character, leadership and experience to lead our young men forward both on and off the ice. Our coaching staff all have experience at the NHL level as players and all showed commitment and leadership through their playing careers.”

It was 20 years ago today that Jay McKee beat Roman Chechmanek in overtime to win Game 2 of the 2001 Eastern Conference Quarterfinals @JayMcKee74 @WGR550 pic.twitter.com/uizNDYzaMw

McKee was a player-coach with the Dundas Real McCoys in 2013-14 — winning the Allan Cup Championship.

Joining him behind the bench as an assistant is Andreas Karlsson. A native of Ludvika, Sweden, Karlsson grew up in the Leksand IF system of the Swedish Hockey League (SHL) — playing four seasons in the SHL before arriving in the NHL in 1999 with the expansion Atlanta Thrashers.

Karlsson also played for the Tampa Bay Lightning from 2006 to 2008. Following his playing career Karlsson would move behind the bench in 2011 as head coach with Frolunda’s J18 team as well as development coach for the Frolunda senior team.

Karlsson moved back to North America to serve as head coach at York University and then became assistant coach to Jay McKee in Kitchener from 2017 to 2020.

Andrew Campbell, who joined the Bulldogs for the 2019 season, returns to his role as an assistant coach.