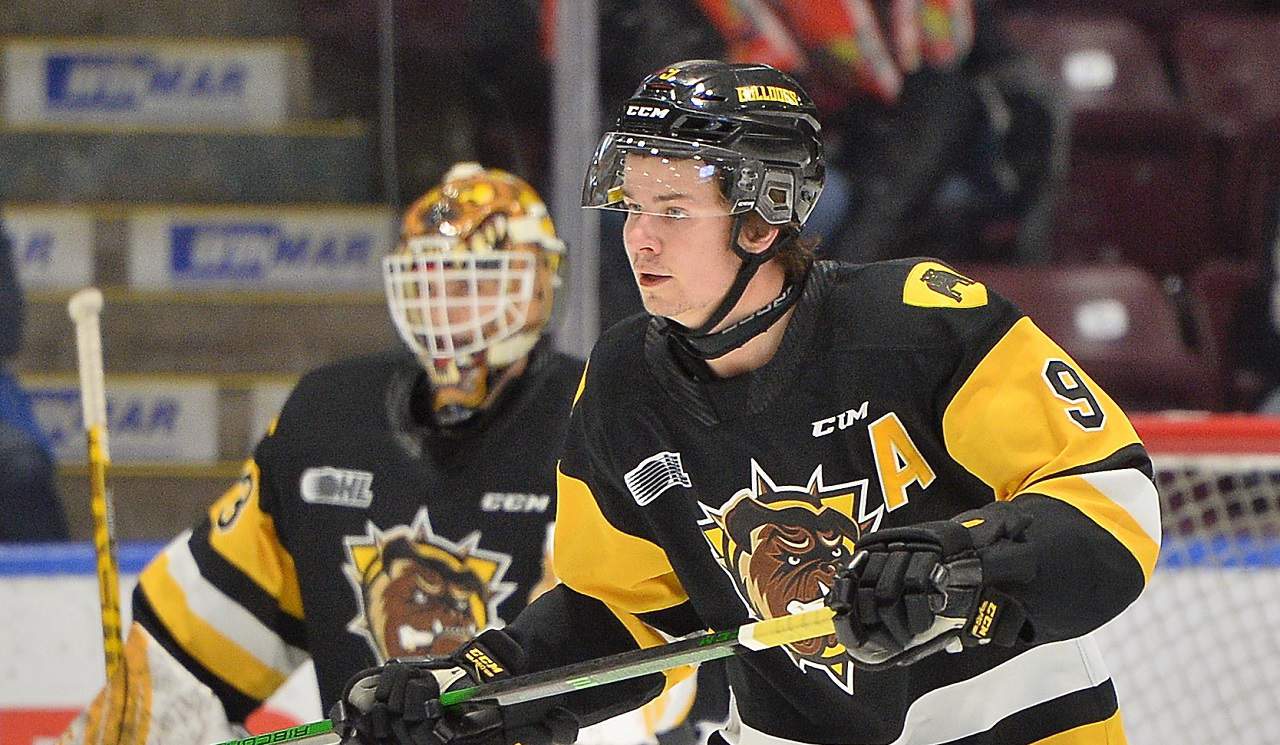 The Hamilton Bulldogs are forward-thinking in picking their leadership group for a season that could see them restart the building cycle.

The Bulldogs, who are reigning Ontario Hockey League champions, announced today (Sept. 30) that leading returning scorer and No. 1 centre Logan Morrison will be their captain this season. Wings Avery Hayes and Ryan Winterton, and two-way centre Lawson Sherk will be alternate captains. Each of the foursome entered the OHL, a pro-format league for 16- to 20-year-old players, as priority selection draft choices of the Bulldogs.

Fittingly for Morrison, who wore an alternate’s “A” last season, his first game as full-time captain will come in his hometown. The Bulldogs’ opener is against the Guelph Storm tonight, with two more roadies scheduled before the Oct. 8 home opener against the Oshawa Generals at FirstOntario Centre.

Morrison, who is a 20-year-old overage player, was sixth in the OHL with 100 points last season and won the Wayne Gretzky 99 Award as the playoffs MVP after averaging more than two points per game in Hamilton’s run to the league title. He had a development-camp tryout with the Dallas Stars this summer.

Winterton, a 19-year-old Whitby native and draft choice of the NHL’s Seattle Kraken, bounced back from a shoulder ailment to post more than a point per game for Hamilton last season. Hayes was the club’s No. 2 scorer, with a team-most 41 goals among his 79 points.

Sherk is heading into his 19-year-old season. The Halton Hills native had 12 goals and 35 points across 63 games as the No. 3 centre last season.

The heavy year-to-year player turnover in the OHL adds a degree of difficulty to the challenges of defending a championship.

Hayes, like Morrison, is also a 20-year-old, and the Bulldogs will only have room for one more. Goalie Marco Costantini, Dallas-drafted defenceman Gavin White and wing George Diaco are the other three 20-year-olds who are listed on the roster.

The Bulldogs added a defenceman, acquiring 18-year-old Ranvir Gill-Shane in exchange for a 2024 eighth-round selection. Gill-Shane has played in 66 OHL games over two seasons, recording 10 assists.

Hamilton native Marc Duarte, who progressed from a one-time 14th-round choice (in a 15-round draft) to become a valuable depth winger who provided penalty-killing savvy for the Bulldogs, has found a fit for his overage year. Duarte has moved on to the Sault Ste. Marie Greyhounds.

The Hamilton Bulldogs would like to thank Mark Duarte for his incredible contributions to the organization and the community!

Mark exemplified what is means to be a Bulldog and we wish him the very best with @OHLHoundPower!https://t.co/PYfxoTSibi#OHL #HamOnt #ThankYouMark pic.twitter.com/n4I72027FT