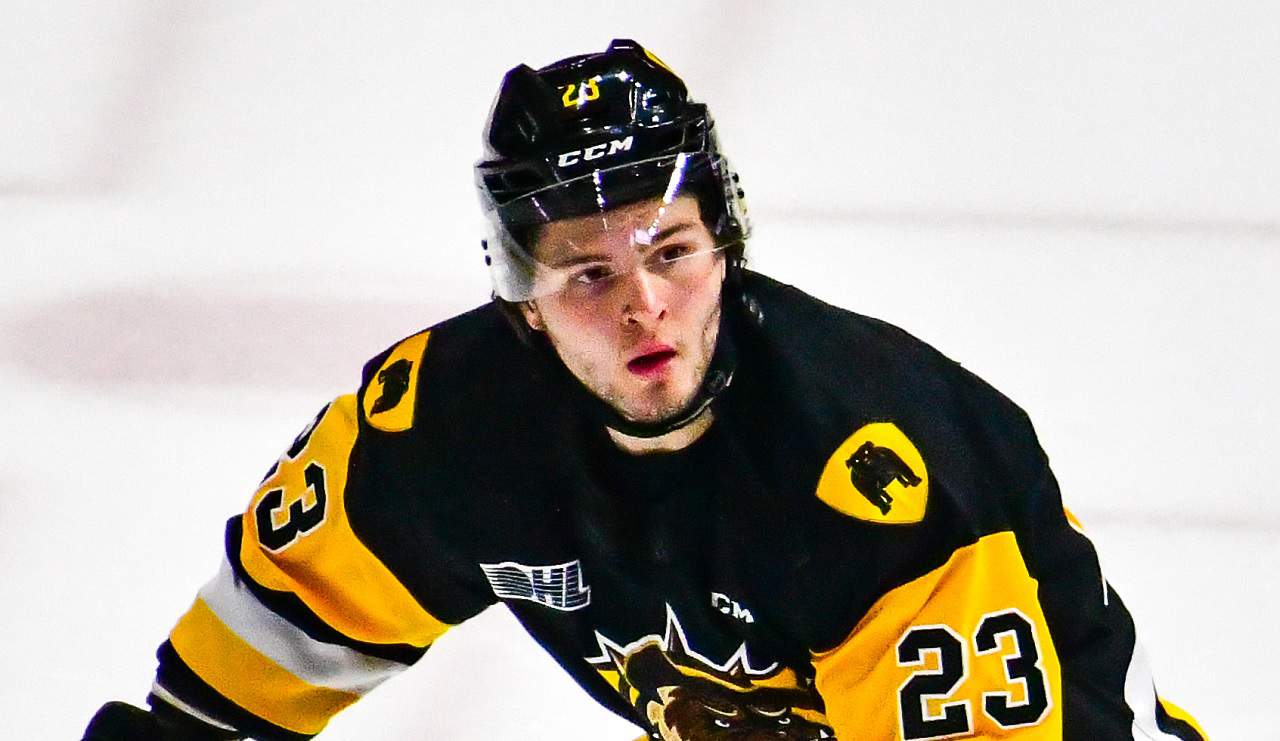 Hamilton, which is 40-2-1 since the Ontario Hockey League trade deadline in January, rolled to an 7-3 road win against the Peterborough Petes to complete a four-game sweep. The Bulldogs will have at least seven days of rest and recovery before they face either the Mississauga Steelheads, Barrie Colts or Oshawa Generals in the Eastern Conference semifinals stage of the Ontario Hockey League playoffs.

While it is the first four-game sweep in the Bulldogs’ playoff history, Hamilton emerged slightly scathed. Wing Avery Hayes, who had seven points in the series, was ejected with a match penalty for cross-checking in the second period. Defenceman Colton Kammerer, whose shot-blocking is a major asset in penalty killing, was also held out of action in the third period.

The 2018 Bulldogs lost at least once in each series on their run to the OHL championship.

Hamilton outscored Peterborough 24-9 in the series, with 12 different players scoring a goal. Diaco and Staios, who were both point-per-game scorers in the regular season, each buried their first goals of the playoffs to help build a 4-0 Hamilton lead after 20 minutes. Donovan, a rookie defenceman, scored late in the second period to help blunt a Petes rally. Sherk became the 12th scorer when the 18-year-old Halton Hills native scored a short-handed empty-net goal with 2:28 to play.

Anaheim Ducks first-round choice Mason McTavish, whom the Bulldogs picked up from Peterborough in a blockbuster January trade, had his second two-goal game in a row in his former OHL home barn. McTavish finished the series with five goals and a joint team-most eight points. Centre Logan Morrison also has eight points, including six goals.

The most notable Bulldogs attacker with a zero in the goals column is top-six centre Jan Mysak, a Montreal Canadiens draft choice. Mysak, who has four assists so far in the playoffs, had a prime chance on a mid-third period power play, but the puck eluded him and went to none other than McTavish, who scored for a 6-3 lead with 8:09 remaining.

Mississauga and Barrie are tied 2-2 in the 4 vs. 5 series. Mississauga hosts Game 5 on Saturday.

Kingston leads Oshawa 3-1 in the other Eastern series.