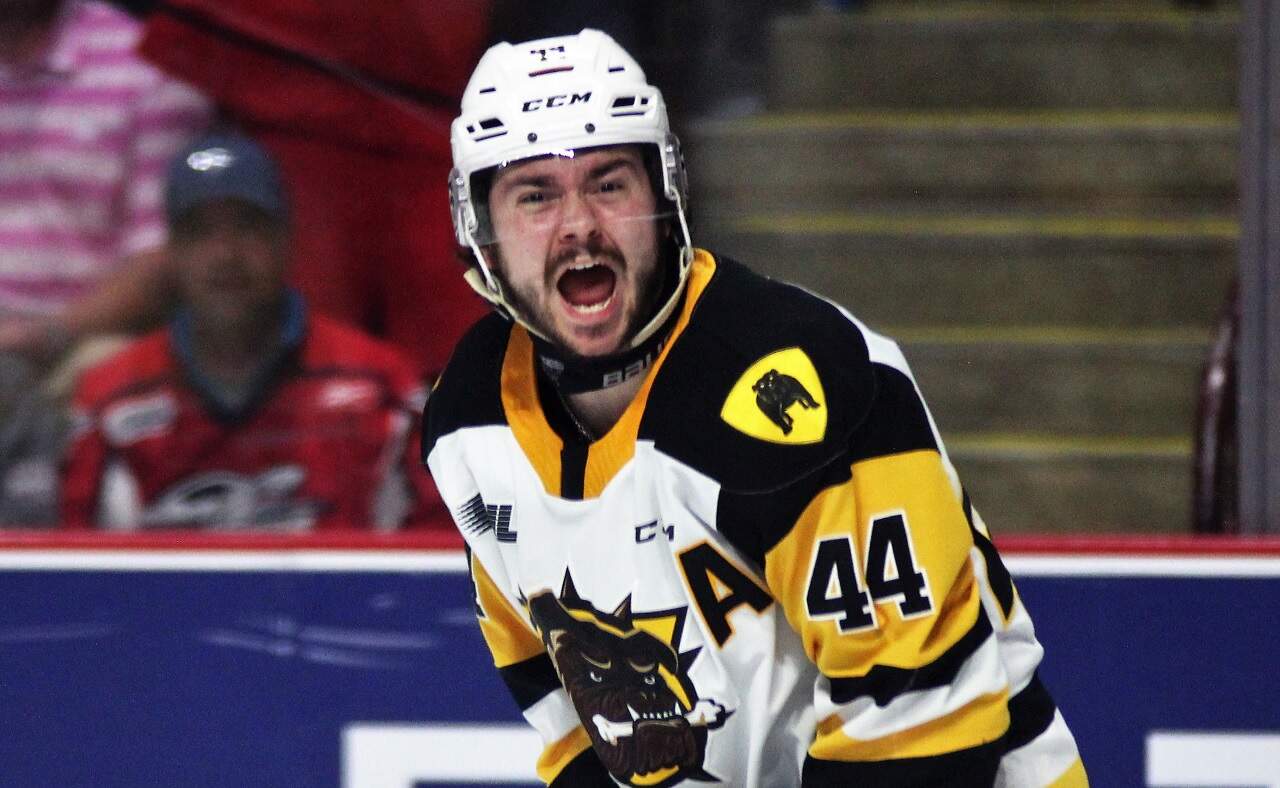 Playing a man down seven times without reliable penalty killers Colton Kammerer and Lawson Sherk, was the Hamilton Bulldogs’ undoing on Thursday. And now Hamilton has a do-or-done scenario at the Memorial Cup.

A second successive regulation defeat — 3-2 against the Shawinigan Cataractes on the margin of three power-play goals that had the mitts of NHL first-round choices Xavier Bourgault and Mavrik Bourqu all over ’em — has made the math simple for the Bulldogs. Hamilton (0-0-0-2) must defeat the Edmonton Oil Kings (0-1-0-1) in regulation time on Friday (6 p.m., TSN/RDS/Bulldogs Audio Network) to make the semifinal of the showcase tournament of the Canadian Hockey League.

The use of the international hockey three-point system means an overtime win would not get it done for Hamilton. In that potential outcome, Hamilton would finish with two points, while Edmonton would inch up to three.

Mason McTavish and Avery Hayes scored for the Bulldogs in front of a Harbour Station arena crowd of 4,650.Marco Costantini saved 31-of-34 shots. Shawinigan was 3-for-7 on the power play, while Hamilton was 1-for-4.

Bourgault and Bourque, who are respective first-round choices of the Edmonton Oilers and Dallas Stars, both had three-point nights for Shawinigan. Goalie Antoine Coulombe also saved 38-of-40 shots.

McTavish, an Anaheim Ducks first-round choice, opened the scoring 5:08 into the contest. It took only 99 seconds of game action before the Cataractes converted on their first power play, with Bourque, a first-rounder of the Edmonton Oilers, tallying.

Sherk, a tenacious forward, was injured 10 days ago during Game 6 of the OHL final against the Windsor Spitfires. Captain and defenceman Colton Kammerer was also lost for the season early in the league final.

The Bulldogs found themselves two skaters short later in the period. Shawinigan needed only three seconds of the 5-on-3 advantage before Bourque put Shawinigan ahead. As a result, Hamilton was down 2-1 after the opening period whilst being ahead 19-9 on the shot counter.

Hayes tied the game late in the second with a trademark tip-in goal. Seven minutes into the third, with George Diaco booked for hooking, the Shawinigan power play needed all of nine seconds to execute a tic-tac-toe passing play that was finished off by Olivier Nadeau.

The Bulldogs pressed late, but the Cataractes clogged passing and shooting lanes to spare Coulombe from facing dangerous shots.

Hamilton also had back-to-back defeats against the Windsor Spitfires during games 2 and 3 of the OHL final. They rallied to win the next two contests after that, both by 3-2 scores, and eventually took the series in seven games.

The tournament’s Saturday contest between Shawinigan (2-0-0-0) and the host Saint John Sea Dogs (1-0-1-0) is a de facto semifinal. The first-place team after the round-robin goes directly to the final on June 29.

The second- and third-place team plays in the semifinal on Monday (June 27).

The last OHL-champion team to go winless in the Memorial Cup was the Guelph Storm in Kelowna, B.C., in 2004. The London Knights were also 0-3 as a host team in 2014. Coincidentally, Guelph delivered the coup de grâce to the Knights in that tournament and also did so the OHL playoffs.