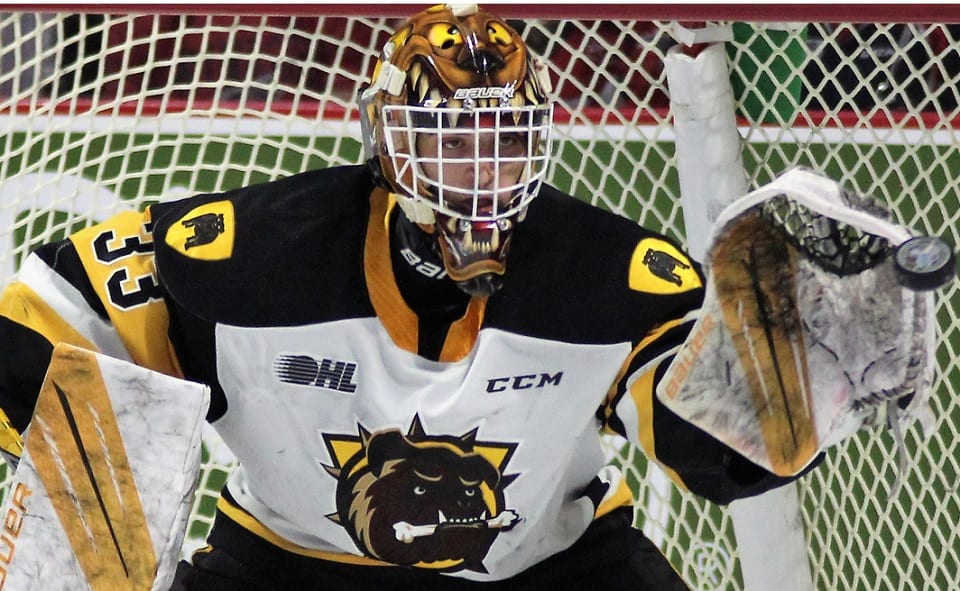 The Hamilton Bulldogs had the script flipped on them by a host team that had five weeks to refine and rehearse a Memorial Cup game plan.

The Bulldogs found themselves chasing the game, and the puck, for much of the night against the Saint John Sea Dogs, who were off for 38 days before the start of the tournament. Still, with Ryan Winterton scoring two third-period goals, the Bulldogs showed some pushback against a well-drilled, well-rested team before Saint John sealed their 5-3 victory with an empty-net goal.

None of the Bulldogs were on the 2018 team that also won the OHL title, but the result might stir some déjà vu for their fans. Four years ago, the Bulldogs’ trip to the Memorial Cup was bookended by defeats against the host Regina Pats in the opening round-robin game and the tournament semifinal. Regina had a 45-day interval between their first-round exit in the league playoffs and the start of the tournament, which Hamilton had also bid to host.

Throughout the first two periods at TD Station arena on Monday, Saint John closed passing lanes and harried Hamilton defencemen with a strong forecheck. Hamilton were outshot 36-20, and were shut out while the teams were playing at even and full strength. The Bulldogs were 2-for-2 on the power play with Avery Hayes also scoring. The second goal by Winterton, that drew the Bulldogs within one with 3:19 left, came in a five-on-four situation when coach Jay McKee used an extra attacker while both teams had offsetting penalties.

First-line centre Logan Morrison, who was the most valuable player of the OHL playoffs, had the primary assists on all three Bulldogs goals.

The Bulldogs had a four-day turnaround after defeating the Windsor Spitfires in a Game 7 OHL final. The series cost the Bulldogs use of three regulars. Wing Ryan Humphrey and tenacious two-way centre Lawson Sherk were both held out of the game Monday. Captain and defenceman Colton Kammerer also suffered a season-ending injury during the OHL final.

Saint John received the extended prep time due to losing to the Rimouski Océanic in the first round of the Quebec league playoffs. The Sea Dogs shook up their coaching staff after the early exit by bringing in Gardiner MacDougall, seven-time national title-winning head coach from the university hockey powerhouse New Brunswick Reds.

The Sea Dogs started fast in front of their home fans, with Kuznetsov scoring the icebreaker goal just 2:17 into the contest. Winterton wired in a Morrison feed for a power-play goal, but Saint John retook the lead for good on a Francis tally with 3:29 left in the opening period.

At the midpoint of the second period, Bulldogs defenceman Nathan Staios made a fine stick-check to break up a Saint John odd-man rush. But Sea Dogs centre Philippe Daoust quickly recovered and fed Dufour, who put the puck over Bulldogs goalie Marco Costantini for a 3-1 lead and a firm grip on the play.

The other two league champions, the Edmonton Oil Kings and Shawinigan Cataractes, meet in the second game of the tournament on Tuesday.

The Memorial Cup was not held in either 2020 or ’21 due to the COVID-19 pandemic. Saint John is the fourth Cup host team in the last eight completed seasons which lost in the opening round of the playoffs. The last two Québec league teams to host, the 2015 Québec Remparts and 2019 Halifax Mooseheads, were both league finalists.