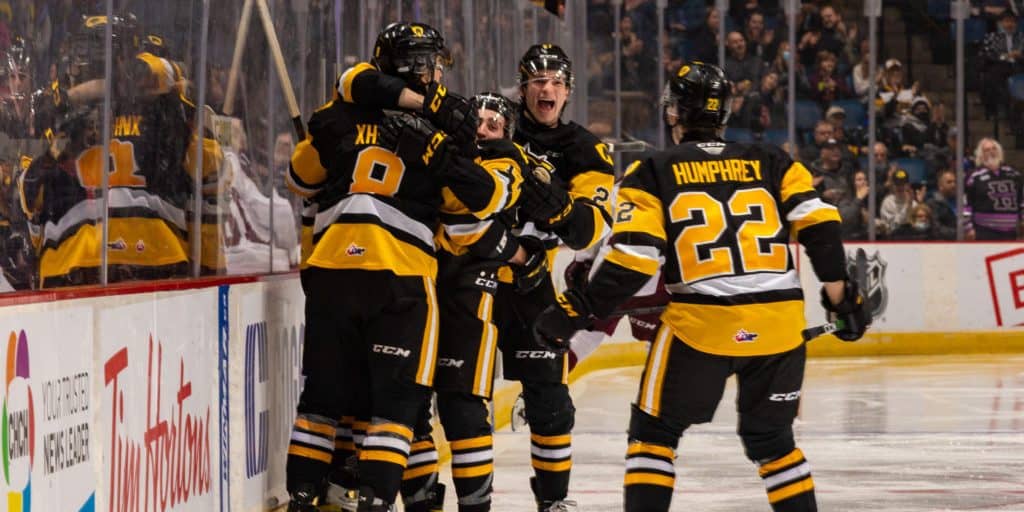 The Hamilton Bulldogs began their pursuit of an Ontario Hockey League championship with a decisive 5-2 win on home ice Thursday (Apr. 21) against the Peterborough Petes in Game 1 of their first-round best-of-seven matchup.

After a scoreless opening period, Hamilton’s own Arber Xhekaj opened the scoring on a second-period powerplay. Mason McTavish, Brenden Anderson, and Logan Morrison also scored for the Bulldogs, who went into the second intermission up 4-1. Brian Zanetti scored the lone tally for the Petes in the second frame.

STARTING A NEW TRADITION OFF RIGHT!

Peterborough’s Donovan McCoy opened the scoring in the third, cutting Hamilton’s lead in the half. But a 5-on-3 helped ensure a Bulldogs victory after Logan Morrison tipped in a shot from the blueline from Nathan Staios.

Logan Morrison on the powerplay, 5-2 for the good guys! pic.twitter.com/S2k7cNFNq8

The Hamilton Bulldogs return home Monday for a 7 p.m. puck drop at FirstOntario Centre in Game 2 against the Petes.