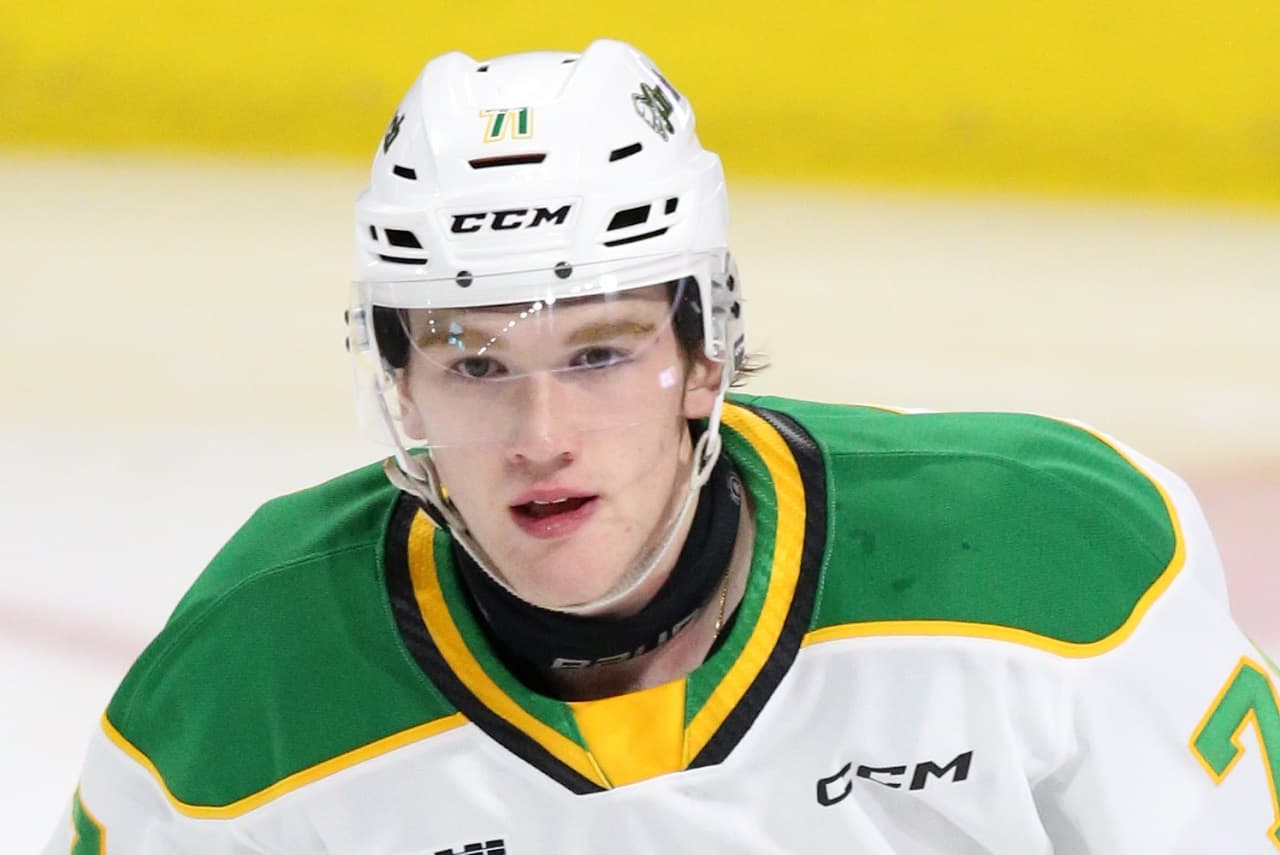 Ben Bujold, an 18-year-old forward, is the latest Hamilton Bulldogs’ newcomers looking to make good on his first-round credentials.

The Bulldogs, on the eve of the Ontario league (OHL) trade deadline, swapped with the London Knights on Monday, adding Bujold in exchange for a third-round choice (originally Flint’s in 2023) and a fifth (Hamilton’s in ’25). Bujold has been a depth forward with Western Conference-leading London. The trade brings the six-foot, 179-pound Ottawa native over to the Eastern Conference and also reunites him with Bulldogs defenceman Jorian Donovan; the pair were teammates with the Kanata Lasers under-18 team three years ago.

Bujold was originally a first-round selection, No. 19 overall, in the 2020 OHL priority selection draft. Bujold skated in 47 games with the Knights as a rookie in 2021-22 and has played in 24 this season recording two goals and two assists.

“We are excited to add Ben to our group,” Bulldogs interim general manager Matt Turek. “Ben brings the type of work ethic and character we always prioritize and we feel he can take the next steps forward in Hamilton.”

The rebuilding Bulldogs have also added left-shot wing Nick Lardis (originally a No. 6 overall pick by Peterborough in ’21) and left-shot centre Luca Testa (No. 15 by London in ’22) in trades over the last seven days.

The deadline trades of centre Logan Morrison, defenceman Gavin White and forwards Avery Hayes Ryan Humphrey, and Ryan Winterton have overhauled the top end of Hamilton’s offensive attack. Donovan, with 28 points in 34 games from the back end, is the leading point-earner on the roster. Lardis, newly arrived overage centre Sahil Panwar and 18-year-old Patrick Thomas are the only double-digit goal scorers in the lineup.

Hamilton (.472 point pct.) is seventh in the Eastern Conference, four points clear of dropping out of the playoff picture.

The Bulldogs host the Guelph Storm at FirstOntario Centre on Wednesday (7 p.m.), before going on the road for their next five games.