Hamilton biggest polluter in region, but praised for development policies that Ford government aims to halt 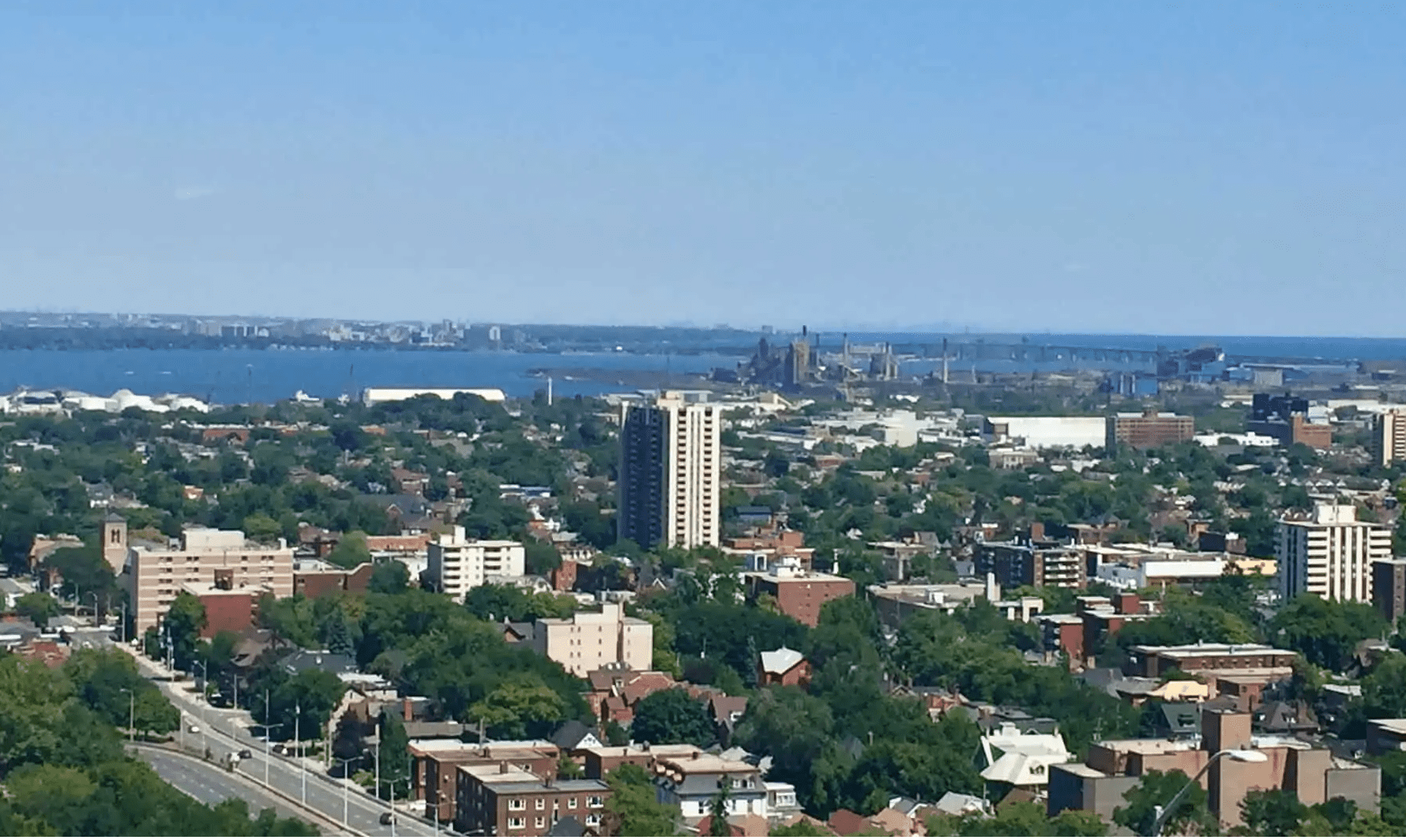 The scale of industry in Hamilton means the city is a lock to lead the Golden Horseshoe in per-capita emissions, but a report on climate solutions notes there some good steps have been taken to reduce our carbon footprint.

The latter, according to a report by The Atmospheric Fund (TAF), fall in a context of the entire region being well off-course to meet 2030 targets for emissions reductions, with the long-term goal of getting to net-zero by 2050. As well, development innovations that Hamilton drew praise for in the new 2021 GTHA Carbon Emissions Inventory could be halted by the Ontario government, based on recent decisions by the provincial environment registry and the proposed Bill 23 (More Homes Built Faster Act, 2022) that the Premier Doug Ford-led PC Party of Ontario hopes to pass before the end of the calendar year.

On the just-the-facts front, about 10.2 million tonnes of carbon dioxide equivalent (MtCO2eq) originating from Hamilton were spread into the air in 2021. That was a 6.9-per-cent increase from the year prior, when COVID-19 health protections restricted production at many venues. It also accounts for 20% per cent of the emissions from the GTHA (Greater Toronto and Hamilton Area), which is about 2½ times the city’s 7.8% share of the region’s population.

Hamilton, though, has far and away the largest industrial contribution to its emissions. Over half, 54.4 per cent, of that comes from industry. Buildings are the second-biggest carbon contributor at 28.4.

Each regional report includes compliments on local innovations in each region. Hamilton drew praise on that front.

“After the historic vote to keep sprawl to a minimum and intensify their population, Hamilton adopted a community energy and emissions plan for 2022,” TAF writes. “These are vital steps to ensuring sustainable development and reaching climate targets in Hamilton.”

However, the Nov. 19, 2021 vote to create a farmland-protecting “firm urban boundary” was nixed by the Environmental Registry of Ontario on Nov. 4. In August, Hamilton adopted a climate adaptation strategy after a city report said it is “imperative to adapt to and prepare for those climate impacts we can no longer avoid.”

Last Sunday, hundreds in Hamilton attended a rally on York Boulevard, one of the entry points to downtown, to show opposition to Bill 23.

The Atmospheric Fund noted that Hamilton is the only one of the six regions where transportation emissions declined in 2021, even though fewer working-age people were working remotely or sheltering at home as COVID-19 vaccine uptake increased. Those declined by 3.7 per cent in Hamilton, making up 14.2% of the whole.

Overall, TAF says emissions increased 4.5 per cent across the region last year. They need to drop by 8 per cent in order to meet the 2030 targets. Developing and implementing municipal green development standards is the No. 1 recommndation that the report authors have for cities. Bill 23, as written, would keep cities from passing such local standards. 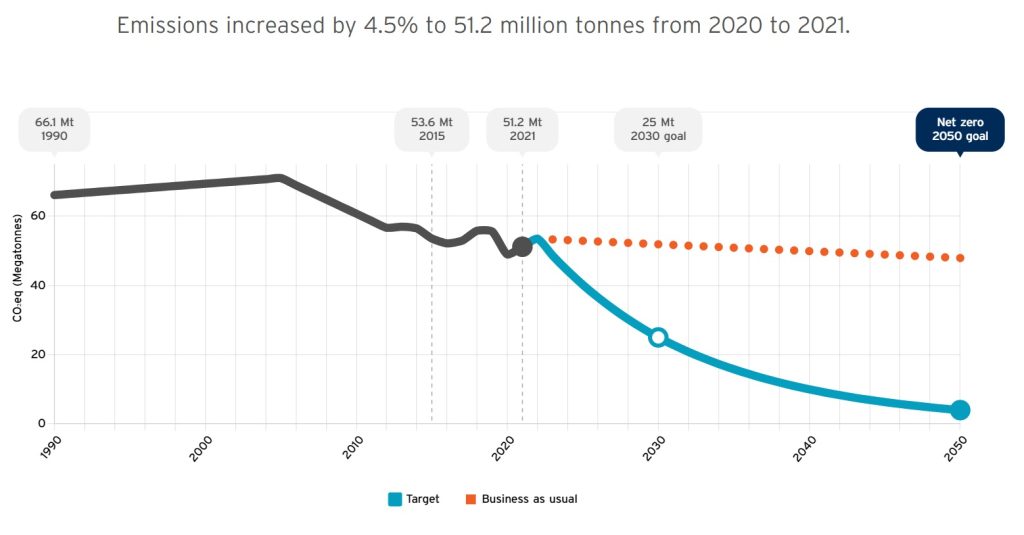 The report’s section on transportation notes there are encouraging signs that more people are willing to get around without using private vehicles that burn fossil fuels. There was an emphasis that investment will be needed to “sustain recent gains in cycling and ensure transit ridership rebounds.”

A recommendation that, “Zero-emission vehicles (ZEVs) must replace fossil fuel-powered private (and commercial) over the next decade,” is also written in boldface type.

The entire report may be read at carbon.taf.ca.