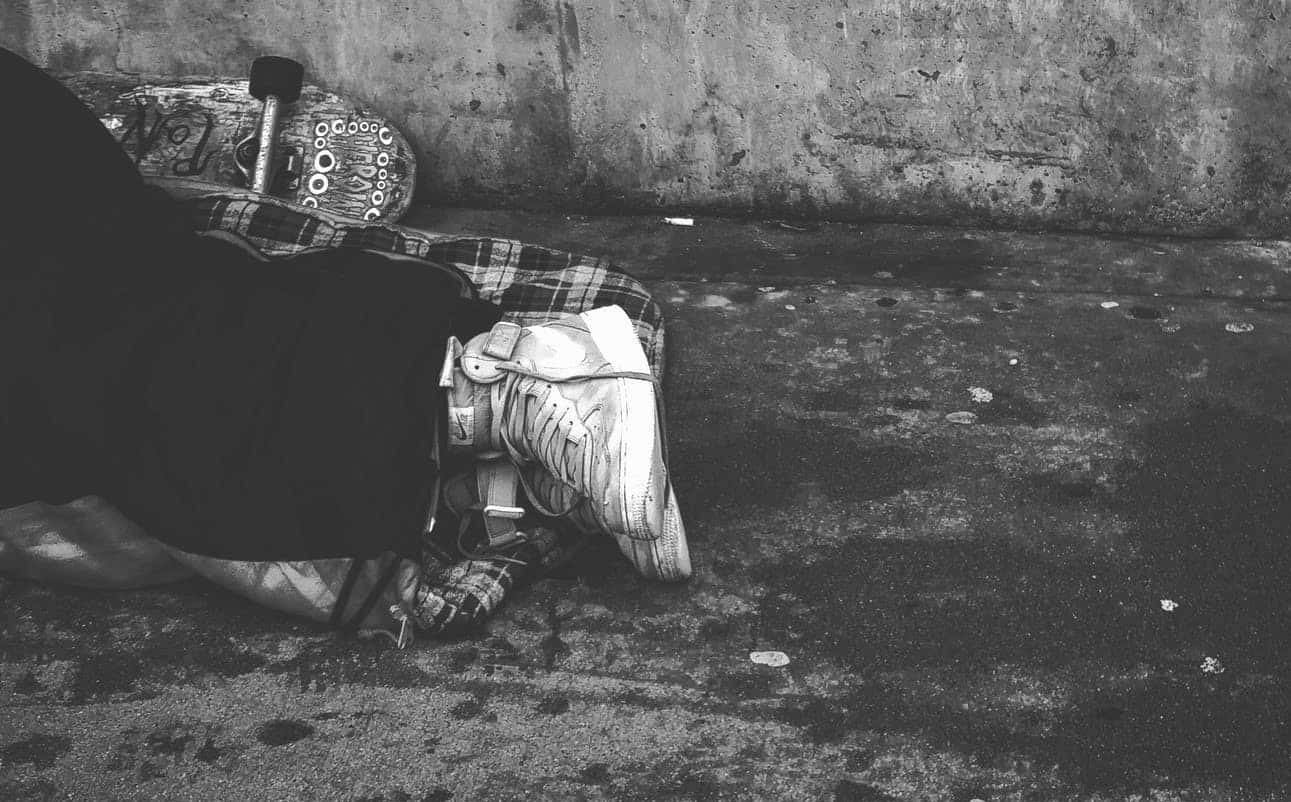 A Hamilton artist and author published a new eBook that sheds light on life in the city’s core and some of the harsh realities that the community’s most vulnerable face daily.

Hamilton’s Wayne MacPhail photographed and wrote ‘Harsh Light’ over a recent three-month period in an effort to capture “an honest freeze frame of our centre today,” MacPhail said recently in a Tweet.

The 65-page photo essay documents Hamiltonians from all walks of life in the downtown core, but puts particular emphasis on the unhoused and ‘troubled’ members of our community.

The carefully curated black and white images offer a stark glimpse of houseless realities, sometimes against the backdrop of gentrification and urban development. MacPhail puts faces and sometimes names to Hamilton’s homeless and housing crisis and challenges readers to put themselves in the well-worn shoes of the essay’s subjects.

I've just published an e-book black and white photo essay about downtown Hamilton today. 100% of the sales will go to groups that help folks in the core. You can order your copy at https://t.co/9wcV0pMpmE
Please share. Thank you. #hamont pic.twitter.com/dD1EIw8thf

MacPhail said in a Tweet that the book’s release comes at a time when the debate over the future of the core and who it is meant for heats up.

With the onslaught of the pandemic, Hamilton’s most vulnerable community members have borne the brunt of its social impacts.

Shelters and community agencies supporting the houseless and those in need have had their resources stretched to the limits. Encampments have popped up across the city, the number of people living rough in Hamilton’s streets has risen and the need to find safe shelter and support is at an all-time high.

For that reason, 100 per cent of the proceeds from the sale of MacPhail’s book will go towards shelters and drop-in centres in downtown Hamilton.

“Neither I nor the online publisher, blurb.com, gets a cent,” MacPhail said.

“For me it’s just been a labour of love for this city and those in the core who deserve more from us all, and certainly don’t deserve to be pushed from its vital streets.”

To learn more about MacPhail and his work, visit his website. ‘Harsh Light’ is available to purchase through blurb.com.