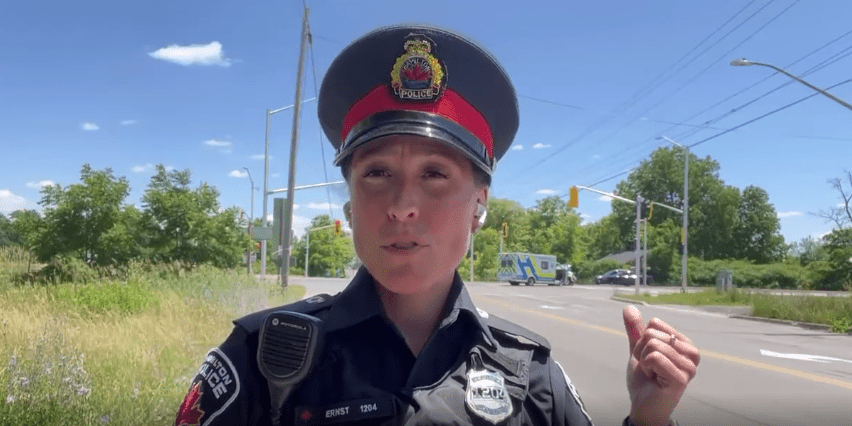 It was a hectic scene in Hamilton's Mount Hope area after a pedestrian was struck by a transport truck before a collision involving the ambulance.

It was a hectic scene in Hamilton’s Mount Hope area after a pedestrian was struck by a transport truck and the ambulance taking the pedestrian to the hospital was involved in a collision soon after.

Police say a 44-year-old man was walking along Airport Rd. at around 10:30 a.m. on Tuesday when he “abruptly entered the roadway” and was struck by an eastbound transport truck.

While the man was being transported to hospital, the ambulance he was in was struck at the Aiport Rd. and Upper James intersection.

“The ambulance came to a complete stop at the intersection and their lights and sirens were activated,” said Krista-Lee Ernst, Hamilton Police media relations officer.

Police say the driver’s side of the ambulance was hit by a black Nissan Rogue that was travelling southbound on Upper James.

The male and female EMS workers were treated on the scene for minor injuries.

The man who was struck as a pedestrian was again transported to hospital. He sustained serious injuries but is expected to recover.

The driver of the Rogue was treated for minor injuries.

Police are looking for witnesses as it continues its investigation.

Upper James at Airport Road is said to open within the hour. #HamOnt https://t.co/n98LQVarPI pic.twitter.com/iL6JdK9gfT