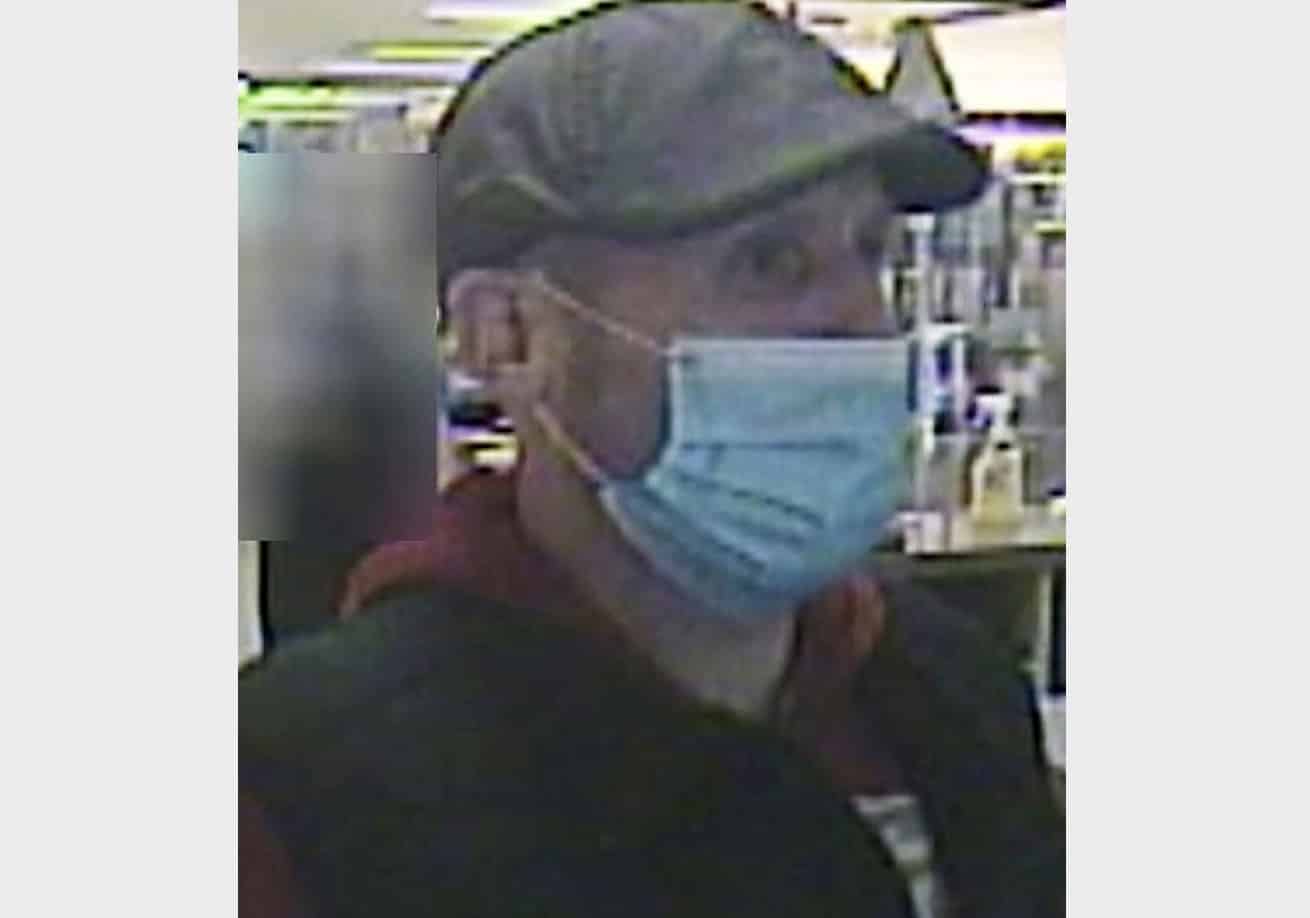 Halton police are looking to identify a suspect involved in a theft incident at an LCBO in Georgetown.

Police say on Sunday, May 9, 2021, the suspect attended an LCBO store located at 236 Guelph Street.

According to police, the suspect entered the store, selected a store handbasket and placed eleven bottles of alcohol with a total value of $708.40 in it.

The suspect then travelled to the front of the store through cash register #5 and made no attempts to pay for the eleven bottles, according to police.

Police say he said “sorry” to the customer service representative before exiting the store.

The suspect is described as male, white with a small build and shaved head, according to police. He is approximately 5’5, 160lbs and appears to be in his 40’s.

He was wearing a black vest, a red hoodie with a white logo/picture underneath, dark blue jeans, black running shoes with green stripes and a medical mask, according to police.