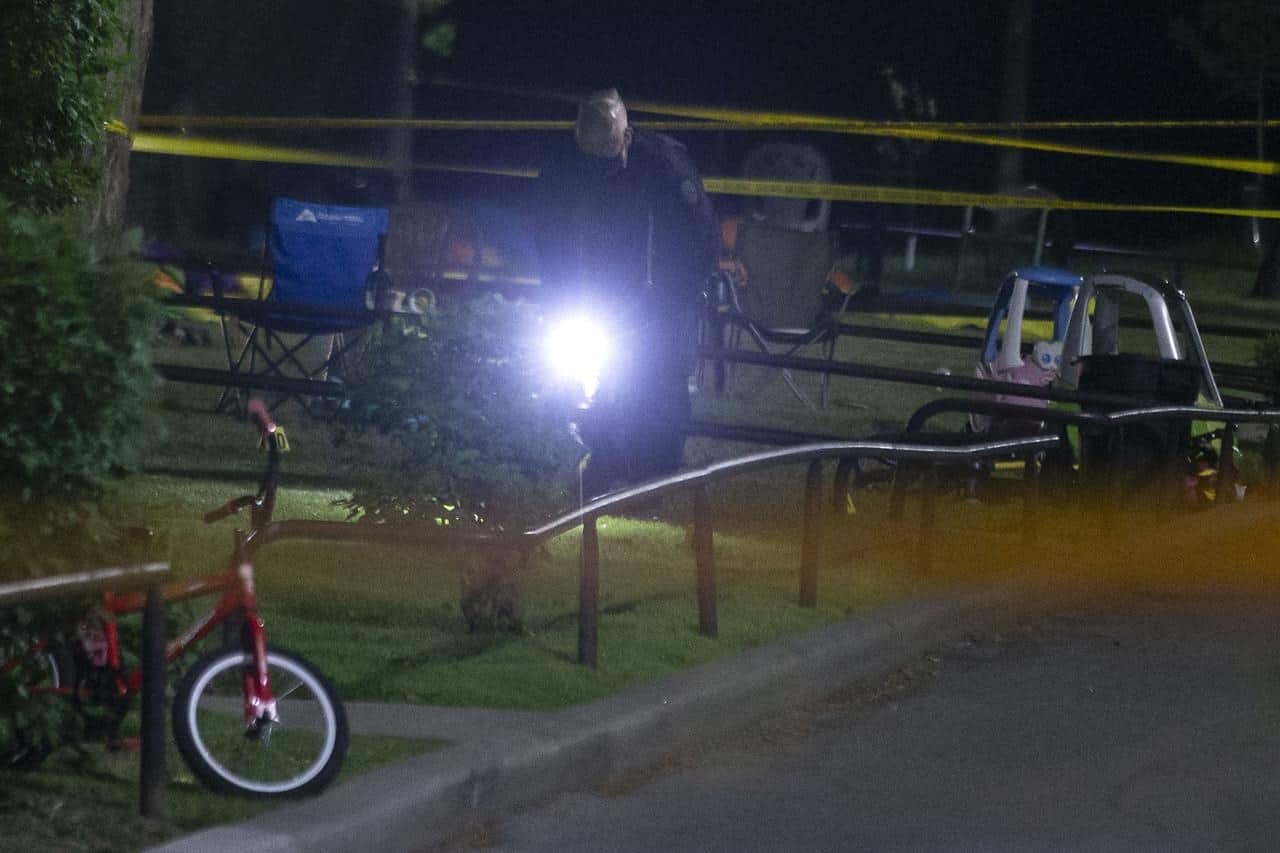 Three children were wounded when gunfire broke out at a one-year-old’s outdoor birthday party in northwest Toronto on Saturday evening, police said.

A one-year-old boy was grazed by a bullet, while a five-year-old girl, 11-year-old boy and 23-year-old man were also wounded, said Toronto Police Supt. Ron Taverner.

“It’s unconscionable,” he told reporters at the scene. “It’s hard to believe.”

Taverner said the adult hit by the gunfire suffered a leg wound.

Police were called to the scene in the Rexdale neighbourhood shortly before 8 p.m., Insp. Kelly Skinner said.

They’re now looking for “multiple suspects,” though they have yet to provide any descriptions.

Skinner said the children were not the targets of the shooting.

She didn’t say what condition they were in, but paramedics earlier said one child suffered life-threatening injuries, while another was in serious condition and the third suffered minor injuries.

Paramedics had previously said five people were wounded, but police say the number is actually four.

“There’s nothing more brazen than children outside at a gathering and this kind of violence happening,” she said.

Police are asking anyone with information about the shooting or video from the area on Saturday evening to come forward.

“This is a tragedy,” Skinner said. “There were three children who were shot here tonight. We absolutely need your help.”