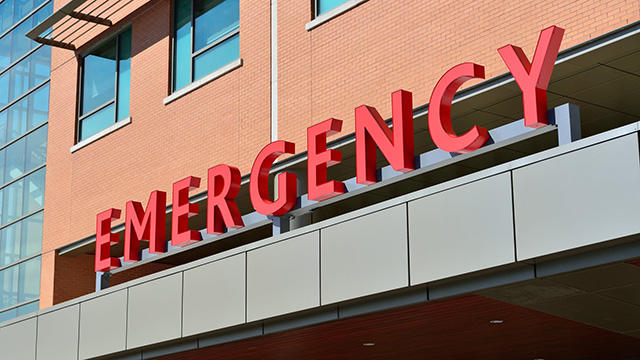 Thousands of hospital workers in Halton, Mississauga, Brampton, Toronto, Oshawa and across the Greater Toronto Area (GTA) will be among those demonstrating across the province on Wednesday.

Rallies are taking place at noon on April 18, just ahead of contract negotiations this weekend.

Workers at Brampton Civic and Georgetown Hospital are among 75,000 hospital staff who are currently without a contract.

Just a reminder that we’re not finished yet.
Join us in front of Brampton Civic, Etobicoke General and the Georgetown hospitals on Wednesday April 18 between 1100-1300 hrs.
We’ll shovel the sidewalks#togetherforrespect #breakinghistory pic.twitter.com/Y3aMnznYz2


Three unions – the Canadian Union of Public Employees (CUPE), SEIU Healthcare, and Unifor – have formed an alliance or coalition and are mobilizing against Ontario hospitals at the bargaining table.

Local employees are among hospital staff at more than 100 hospitals province-wide who are seeking a fair contract without concessions.

It’s rare for hospital workers to visibly protest around their own contract negotiations, according to CUPE, which is “optimistic” that a new deal can be achieved this weekend.

It’s their first time back at bargaining since contract talks broke off in Sept. 2017.

“These are the most productive hospital workers in the country, but their employers came to bargaining seeking very serious concessions,” Hurley continued.

“Also, the hospitals refuse to extend the wage increases they voluntarily agreed to with lab employees, to the nursing, clerical and support staff that we represent.”

Hospital staff experience “terrible violence” at work, Hurley said, “yet we have not been able to deal with the issue of violence in the bargaining. We hope that our members’ support will propel us into successful bargaining with the hospitals April 21 and 22.”

A workplace solidarity action took place on Apr. 11 across the province with workers wearing a small sticker reading ‘Together for Respect.’

“Our members report they got a lot of attention from patients and their families and other hospital staff, who, for the most part, are very supportive of our efforts to be treated fairly and with respect,” said Hurley.

In a statement sent to inhalton.com, the Ontario Hospital Association said it’s “disappointed” individual negotiations reached an impasse last year and it values “the hard work and dedication” of its employees.

“The OHA has always been willing to talk to our union partners in an effort to reach an agreement that is fair and reasonable for hospital employees, while providing the best quality care to patients and reflecting the challenges facing the hospital sector today,” the statement continues.

“We look forward to returning to discussions with all three unions on April 21 and 22, and continuing to work towards this objective.”