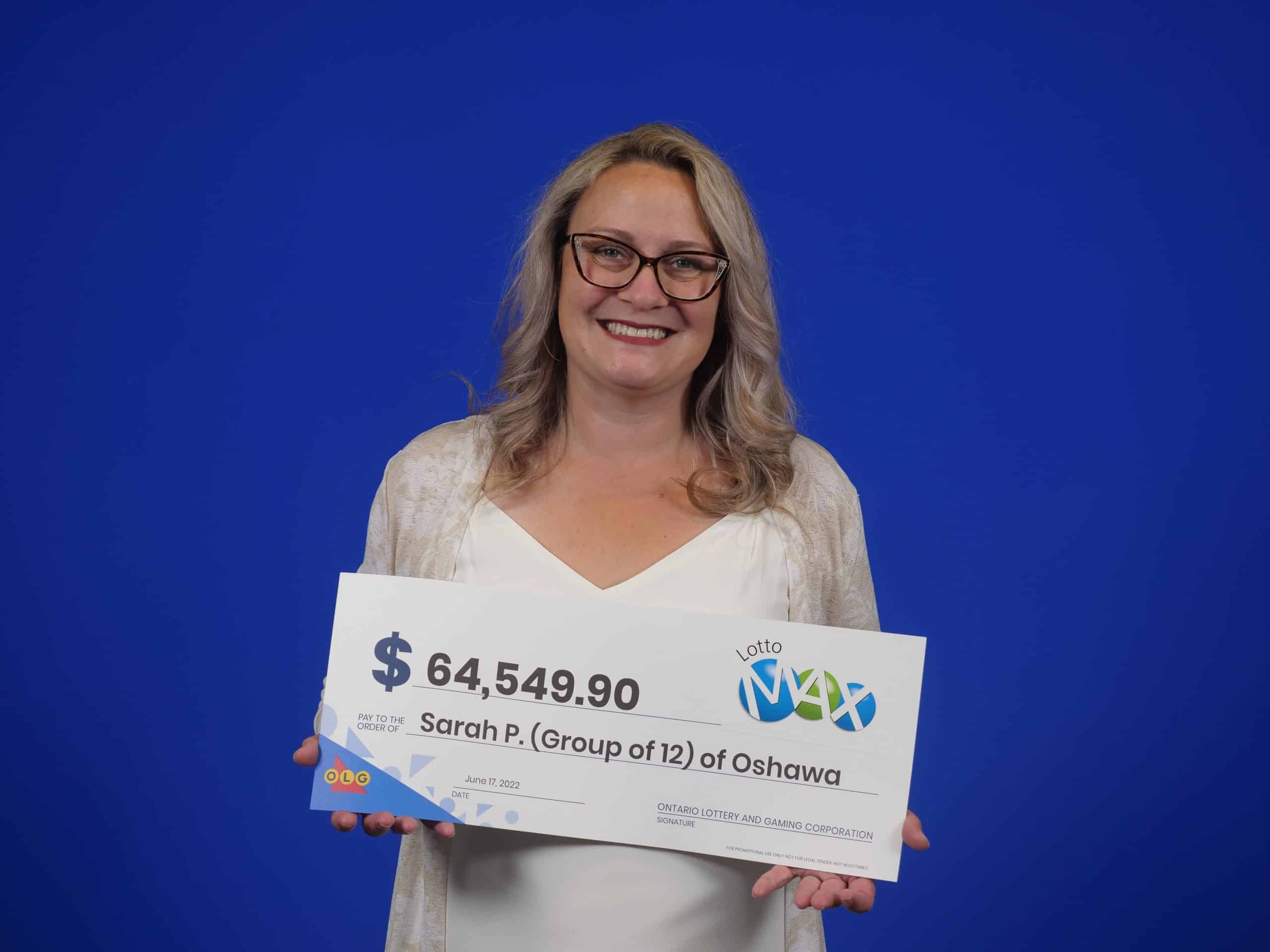 The family that stays together, wins together.

A group of 12 family members from the Greater Toronto Area won a Lotto Max second prize of $64,549.90 in the Feb. 4 draw earlier this year.

The winning group members are:

The group of 12 family members have been playing the lottery together for four years and discovered their win when Pruesse scanned the ticket using the OLG App.

“I couldn’t believe what I was seeing, I had to get my husband to double check,” said the group leader from Oshawa. “I did a group video chat to share the news.

“A few group members thought I was kidding but when they realized it was real, they were so excited!”

Each group member will receive about $5,300.

“Some are putting their share toward renovations while others are paying bills and taking vacations,” said Pruesse.

“We’d like to come back for a jackpot!,” she concluded.

Lotto Max players in Ontario have now won over $7 billion since 2009, including 91 jackpot wins and 769 Maxmillions prizes

The winning ticket was purchased at Ultramar on County Road 36 in Dunsford.