Grimsby-based Forty Creek, the country’s first craft distillery, has updated its look “to pay homage to the distillery’s community and roots within Ontario’s beloved wine country.”

The distillery, named the “Whisky Maker of the Decade,” says while the new look (see below) “may look quite different to consumers, the award-winning liquid remains the same distinctly smooth taste Canadians love.”

Forty Creek Barrel Select, one of Canada’s most loved whiskies, has already begun to roll out its new packaging on shelves nationally, with the remainder of their product set to launch in September.

Their marketing company, Campari Canada, said it was “excited to bring a bold, bright and modern look to the same iconic whiskies in an exciting new package.”

David Allard, Campari’s Vice President of Marketing, said, “Forty Creek’s new brand design represents our commitment to evolution and pledge to creating exceptional whiskies. Our goal is to continue offering a timeless experience for everyone – from the whisky novice to the seasoned connoisseur.”

In early 2000, Canada had its first taste of Forty Creek Whisky. “From day one, there was no denying that Forty Creek was a force destined to change the Canadian whisky landscape,” says the distillery.

Forty Creek’s reputation quickly grew with the support of whisky enthusiasts “who appreciated our approach to craftsmanship, year over year delivery of ground-breaking innovations and our consistently smooth depth of flavour that pushed the boundaries expected of Canadian whisky.”

Today, Forty Creek is one of the most awarded Canadian whisky brands of the last 20 years, recognized by esteemed whisky connoisseurs and critics on both the domestic and international whisky award stage

Forty Creek’s accolades over the past 10 years include awards and recognition from the New York International Spirits Competition, Canadian Whisky Awards and Whisky Advocate Magazine. We’ve been awarded the prestigious title of Whisky of the Decade and Bill Ashburn’s unwavering dedication, talent and experience have not gone unnoticed.  At the 2020 New York International Spirits Competition, Bill was awarded, Canada Master Whisky Blender of the Year and Forty Creek was named, Canada Whisky Distillery of the Year. 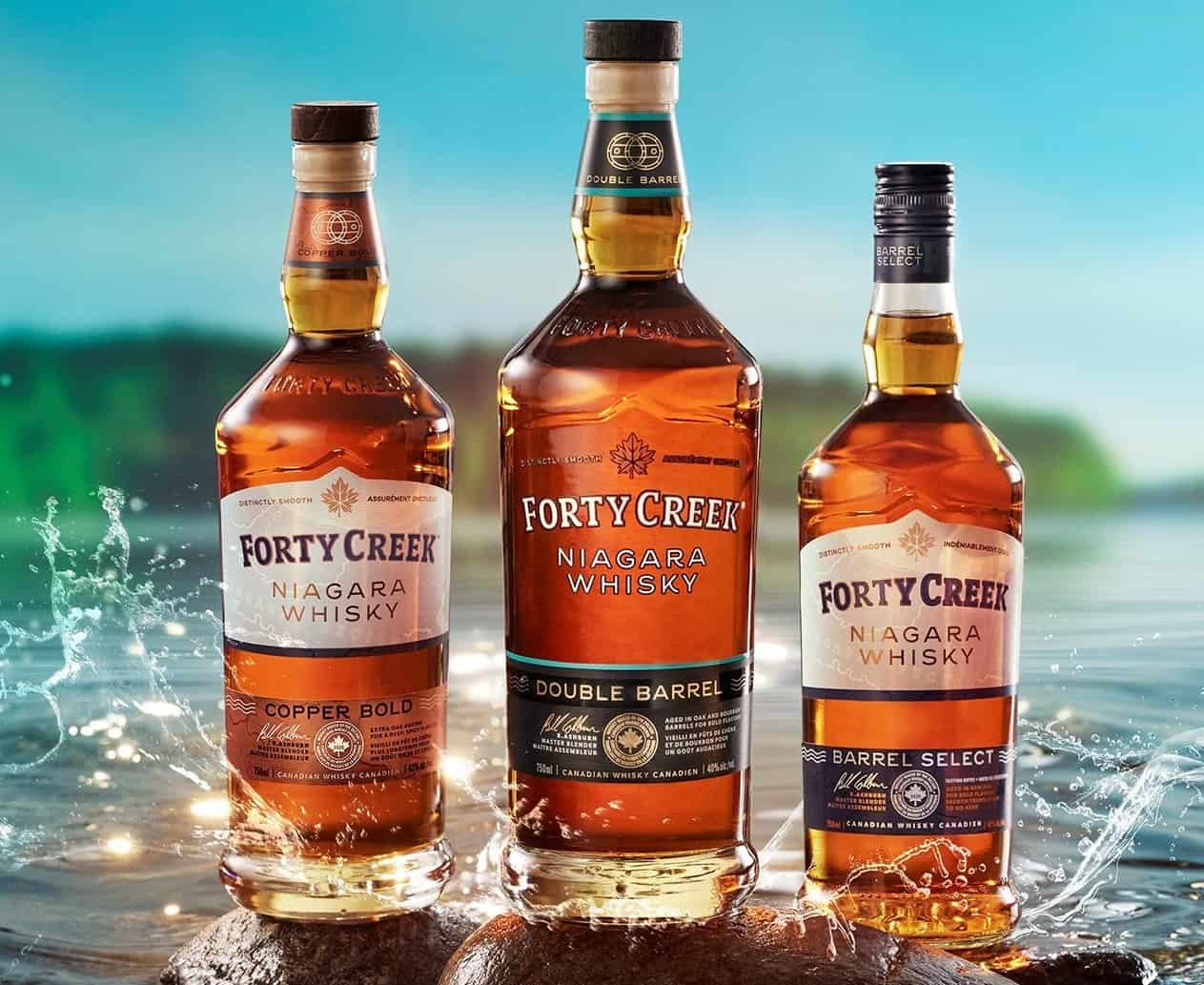 The new look of the Forty Creek whisky line-up.