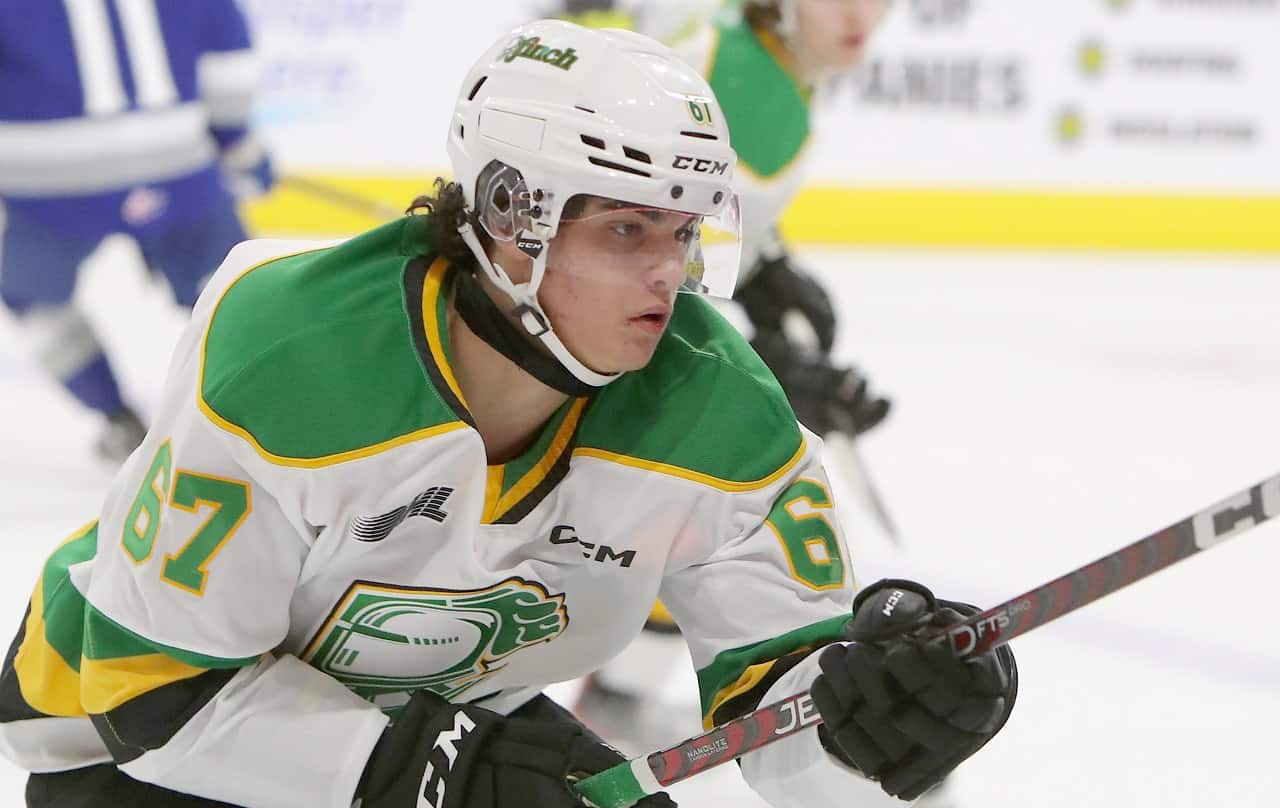 The Hamilton Bulldogs leaned on local talent to win the last OHL championship, and trading two 19-year-olds for highly touted Luca Testa is part of the groundwork for doing it again someday.

The Bulldogs swapped with the contending London Knights on Monday, a week ahead of the Ontario league trade deadline. Testa, a 16-year-old rookie forward from Grimsby who was London’s top priority selection pick last spring, will be coming to the retooling Bulldogs along with 17-year-old defenceman Carson Lloyd and a 2026 second-round choice (originally from the Mississauga Steelheads). Wingers Ryan Humphrey and Ryan Winterton, who were both major contributors to the ’22 title run, are off to London. Winterton, a Seattle Kraken NHL draft choice, has yet to play an OHL game this season while rehabilitating from shoulder surgery. He separated the joint during the OHL final in June.

The Hamilton Bulldogs have acquired forward Luca Testa, defenseman Carson Lloyd and a 2026 2nd Round Selection from the @LondonKnights in exchange for forwards Ryan Winterton & Ryan Humphrey.

The Bulldogs (15-13-4-0, .531) are fifth in point percentage in the Eastern Conference, and take a five-game point streak into a home game against the Peterborough Petes on Tuesday (Jan. 3, 7 p.m.).

The cycle of junior hockey, though, typically means that teams with championship potential push their trade chips in before the Jan. 10 deadline, and then restock the cupboard the following season or two. Last January, the Bulldogs anted a combined guaranteed nine priority selection picks to add forward Mason McTavish and defenceman Arber Xhekaj to their core, which paid off with a title.

The current Bulldogs’ have a 20-year-old contingent that includes captain Logan Morrison, the league’s second-leading scorer, and wing Avery Hayes, who co-leads the OHL in goals. The third 20-year-old, Dallas Stars-drafted defenceman Gavin White, is Hamilton’s only other point-a-game scorer.

Testa, listed a 6-foot and 172-pounds, has had a gradual integration into the OHL, scoring one goal and three points in 15 games as a rookie in London. But scouting reports prior to the 2022 OHL priority selection draft played him up as an all-around player, and the Knights added him with the No. 15 overall selection. Testa showed his upside by contributing to the St. Catharines Falcons’ run to the Greater Ontario Junior Hockey League title, scoring 17 points in 18 playoff games in a league where he was as much as six years younger as some opponents.

Lloyd was a third-round selection by London in 2021. He has played mostly with the London Nationals of the GOJHL this season, tallying two goals and eight points in 17 games as a rookie defenceman.

Winterton, who is from Whitby, was a point-a-game scorer for the Bulldogs during their championship season, overcoming extended time away from the ice. The OHL did not have a 2020-21 season due to the COVID-19 pandemic, and the shoulder issue contributed to Winterton playing in 37 of the 68 regular-season games last season.

Humphrey has five goals and 14 points across 24 games this season. The Northville, Mich., native made the Bulldogs lineup as an eighth-round choice as a 16-year-old in 2019-20, and became indispensable as a two-way forward, counting 37 goals and 90 points across 154 total OHL games.

Trading two 19-year-olds, one of whom has not played this season, does not make it automatic that Hamilton is doing a full teardown. But Morrison and Hayes are not only among the OHL offensive leaders, but also have the mantle of having produced in the playoffs, where offence is expected to be at a premium.

The deadline for trading overage players is on Jan. 9, the day before the regular deadline.

Hamilton already faces off-ice transition since the Bulldogs will be temporarily housed in an arena outside of the city for the next two seasons. Two of their Eastern Conference counterparts, the Kingston Frontenacs and Niagara IceDogs, are also bidding to host the 2024 Memorial Cup. The successful bidder will be a buyer next season.