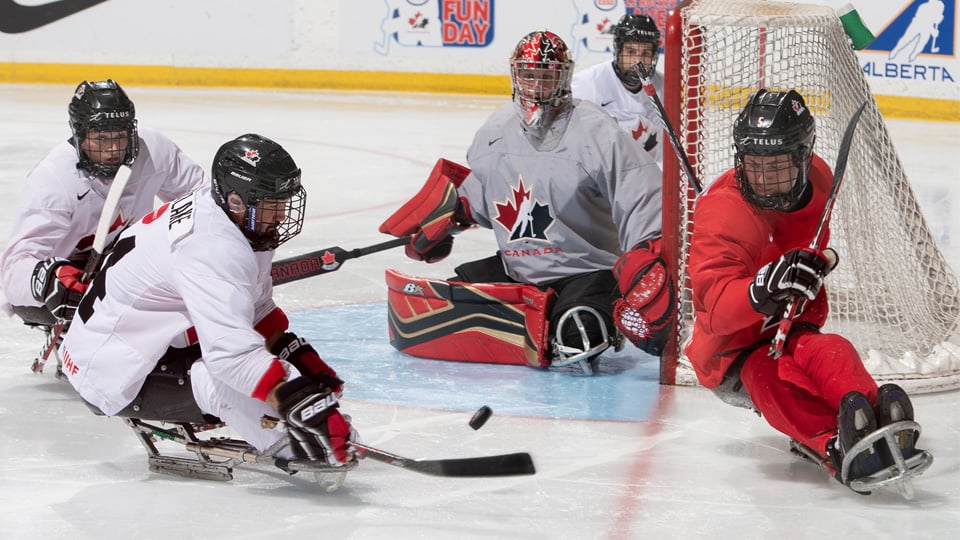 With a plan to start the first season this fall with a four-team league representing 12 municipalities, interest is very keen in Grimsby and across the region in the fledgling league.

Grimsby Mayor Jeff Jordan was elated with his town’s inclusion in the new league.

“On behalf of Town Council I want to thank ParaSport Ontario for including the Town of Grimsby in this exciting venture to bring inclusive sport to our community,” said Jordan. “With your support we will have the ‘where can I play?’ solution, with a first-of-its-kind community sledge hockey league right here in Niagara.”

League official said community and connectivity sums up the mission of the Niagara Sledge Hockey League. Niagara’s community of individuals with disability will find community with teammates with and without disabilities and will represent their community where they will be influencers of awareness and ability.

“It’s going to be terrific to see Grimsby’s sledge hockey players representing the region’s iconic Peach Kings name as they pursue their hockey goals and dreams in their sport too,” said Kevin Waters, League Coordinator of ParaSport Ontario.

The league was created this year because access to the sport is extremely limited.

“Recreational sledge hockey is hard to find in Ontario, which is why we believe that the opportunity for players to play amongst their peers in their own region is invaluable to the sledge hockey community,” said Kevin waters, League Coordinator, ParaSport Ontario.

The Niagara Sledge Hockey League is open to all Niagara residents with or without a disability. Players with disabilities will receive priority. Register with League Coordinator Kevin Waters: [email protected]: 416-426-7187, ext 304.