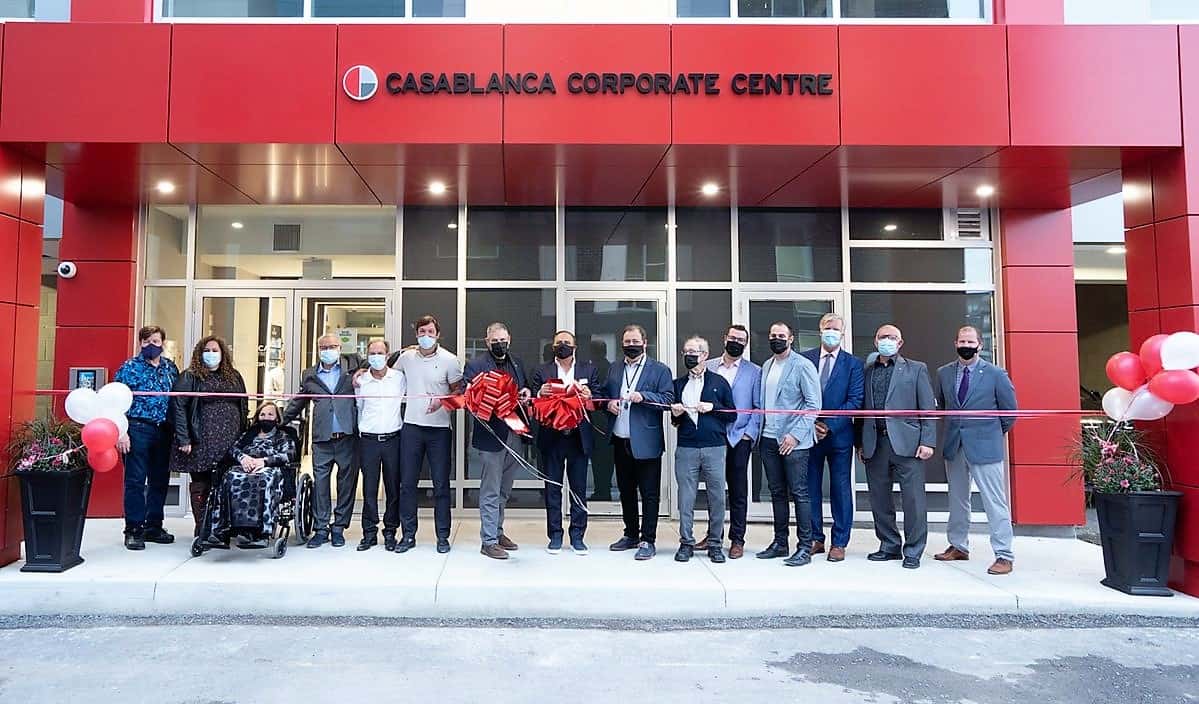 Grimsby recently opened an office building the likes of which the town has never seen.

Despite the condo towers being erected on the lakefront, Grimsby still has very much a small town feel in its downtown core.

However, on the north side of the QEW on that relatively small swath of land between the highway and the lake, it’s starting to look a little futuristic by comparison.

Located at 13 Windward Dr on the lakefront, the building features 60,000 square feet of office/commercial space, a rooftop patio and is the first of its kind to be erected in Grimsby.

At the grand opening, Mayor Jeff Jordan said, “This project has been eagerly anticipated for years and we look forward to realizing the positive economic multiplier effects that will come with this new office space.”

This new development, which broke ground in 2018, adds to the growing Grimsby on the Lake neighbourhood, the town believes it will bring tremendous economic growth and employment opportunities to residents both within Grimsby and Niagara Region.

And while it just opened, the building has its first corporate tenant. DeSantis Homes has already relocated their headquarters to the Casablanca Corporate Centre.

(Photo from the grand opening, above, and the artist’s concept of the building, below, both provided by DeSantis Homes) 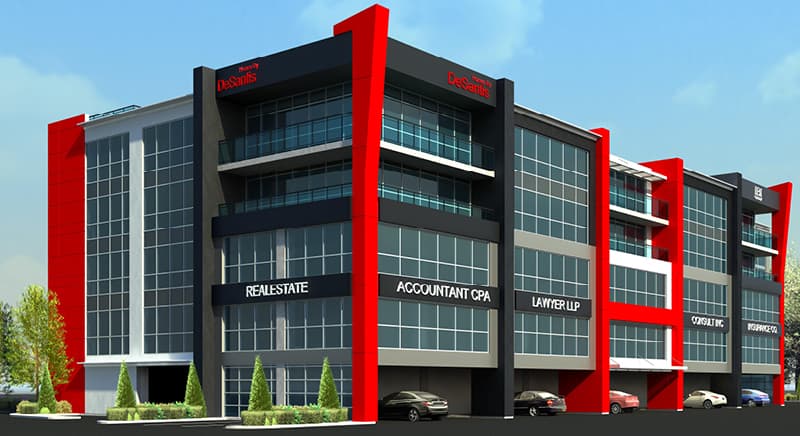