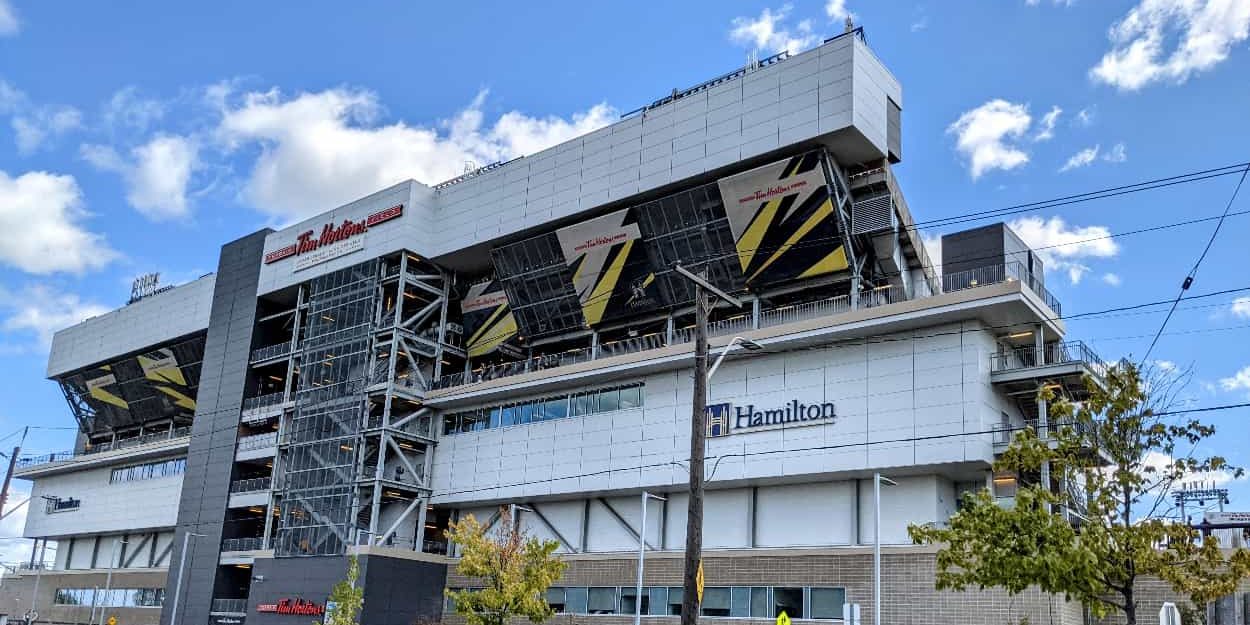 The 108th Grey Cup in Hamilton at Tim Hortons Field is officially sold out. Resale tickets are pricey, going for as high as $12,000 on Ticketmaster. (intheHammer file photo)

The 108th Grey Cup in Hamilton next Sunday (Dec. 12) at Tim Hortons Field is officially sold out — even after several hundred additional tickets were made available. The Tiger-Cats made the announcement shortly after Ticats defeated the Toronto Argonauts 27-19 in the CFL’s East Final.

Fans waking up Monday (Dec. 6), hoping to find tickets to the big game might have to cut back on their Christmas spending in order to afford tickets.

“Due to the overwhelming demand for tickets,” the Twisted Tea Grey Cup Social area located in the South Endzone was expanded to accommodate an additional 500 standing room tickets. Those “seats,” however sold out. They’re now going between $300 and $400 on Ticketmaster’s resale market.

Hamilton will take on the Winnipeg Blue Bombers in a rematch of the 2019 Grey Cup when the Ticats got drubbed 33-12. The most costly tickets as of Monday were listed for $11,900 each. The pair of seats were located in row two at the 40-yard line.

The average ticket price on Ticketmaster’s resale market was around $1,700. 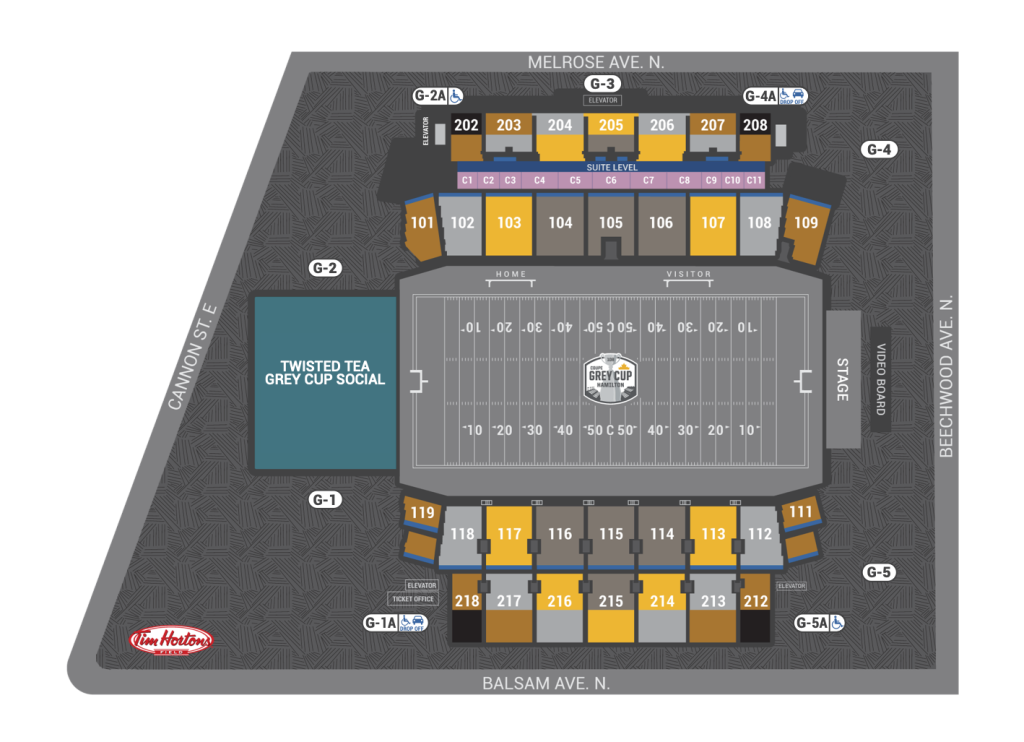 While tickets to the game are out of reach for the vast majority of Hamilton football fans, the developments are a big win for the Canadian Football League and Tiger-Cats’ organization. Even if the Ticats had lost, Toronto’s appearance in the big game would have still driven sales.

More seats will be available to the public when the big game returns to Hamilton in 2023. Due to the restrictions and uncertainties caused by COVID-19 this year, around 24,000 seats were made available for the 108th Grey Cup. Tim Hortons Field is expandable to 40,000 and the added capacity will most certainly be taken advantage of two years from now.

While Grey Cup Week won’t be as big as it usually is this year,  there is a full week’s slate of celebrations planned.

Fans will be able to enjoy both free and ticket-based activities.