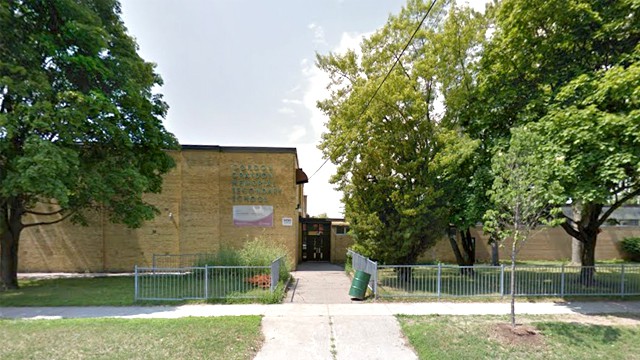 We’ve talked a lot about Gordon Graydon Memorial Secondary School lately and it looks like the institution that’s in the running to earn a substantial and prestigious prize from Samsung for its commendable work in the STEM (science, technology, engineering and mathematics) arena might close its doors for good in 2019.

According to a recent article in The Mississauga News, the Peel District School Board might be closing its first high school in over 20 years. Earlier this week, staff recommended a Pupil Accommodation Review (PAR) involving five local schools at a Physical Planning and Building Committee meeting. The report recommended the closure of the school, which opened its doors in 1956. Should the closure occur, other schools — such as The Woodlands, Lorne Park, Glenforest and T.L. Kennedy — will be affected in that they’ll have to absorb some student run-off.

According to The News, the staff report said that Graydon’s enrolment was only 726 students in September 2015 even though the school can actually hold up to 1,125 students, putting the facility below the 60 per cent threshold that qualifies as low enrolment. The report also showed that Graydon’s numbers probably won’t increase, as the pupil population is expected to fall to 684 students by 2019. Trustees are expected to vote on whether or not to initiate a PAR at the next boarding meeting on April 12.

Should Graydon close, the school board will end up saving a substantial sum — something to the tune of about $1 million a year. The News reports that Jaspal Gill, the board’s associate director of operational support services, said that the school’s staff will “have enough opportunity to move to other schools.” The article also says that Graydon’s vocational, autism spectrum disorder and graphic design management programs would be moved to Glenforest and that its international business and technology program would be moved to T.L. Kennedy. Students enrolled in the enhanced program at Glenforest would be moved into Woodlands and Lorne Park to further facilitate the shuffle.

If the school closes, the property will still be maintained and ultimately re-purposed by the board.