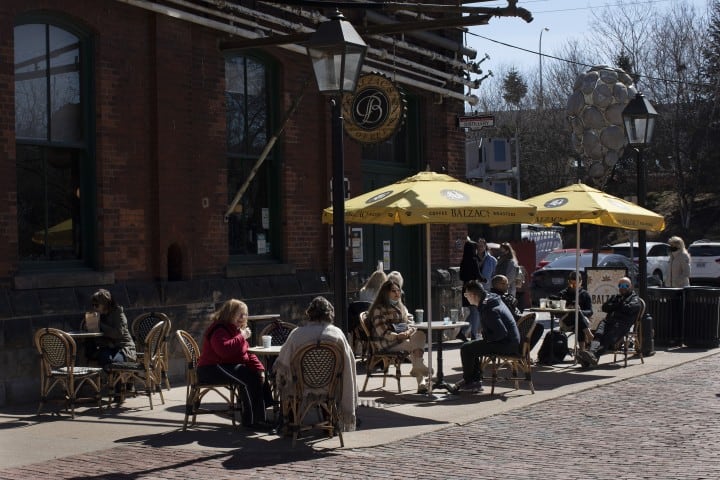 Outdoor dining is now permitted everywhere in Ontario, a change observers say gives restaurateurs a “light at the end of the tunnel.”

“It gets restaurants back in the business of directly serving people,” James Rilett, vice-president of Central Canada for Restaurants Canada, said in an interview on Monday.

“It gives them a light at the end of the tunnel and a chance to make it through this.”

Yet he said the impact on restaurants in the Toronto-area, where indoor dining continues to be prohibited, will largely depend on the spring weather.

The Duke of York pub in Toronto’s Annex neighbourhood saw lineups with wait times of up to an hour on both Saturday and Sunday, said Cindy Simpson, executive vice-president of Imago Restaurants.

“The weather could not have been better, it was about 15 degrees and sunny each day,” she said. “I stood outside all weekend, talking to our guests and thanking them for coming, we were so happy to see them and it felt fantastic.”

“We have two large patios so there are a good number of seats but we’ll have to figure out in the next couple of weeks if it’s enough for us to break even or even make a little bit of money,” she said. “But we probably wouldn’t be able to open without government support.”

As of Saturday, outdoor dining with physical distancing is allowed in areas in the grey or lockdown zones, including Toronto and Peel.