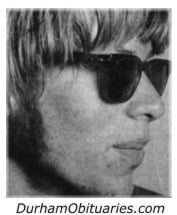 Andy Gondek and Al Cole were both long-time contributors to the Oshawa and Durham music scenes and both contributed in quite different ways.

The two music icons, who both died in 2020, have now been posthumously – and properly – honoured as Lifetime Achievement/Hall of Fame members at the 2021 Oshawa Music Awards.

Zbigniew ‘Andy’ Gondek was a passionate musician and songwriter who played in dozens of local bands in the 1960s and 1970s in Oshawa and around Southern Ontario, including Moses, The Strollers, Swamp and Headstones.

He wrote more than 700 songs during his career (and never recorded a single one) and continued to write and perform well into this century.

Gondek died April 6, 2020, at the age of 68, leaving behind – according to his obituary – a much-loved Gibson 6 string electric, a cherished 12-string Yamaha acoustic, and “no apologies” for his rock and roll lifestyle.

“My goal has always been for the audience to sing the chorus without me,” were his parting words.

Al Cole, the founder of Cole Train Music and a noted music historian and poster artist, also earned a Lifetime Achievement Award/Hall of Fame place at this year’s OMA ceremony.

Cole, who died May 16 of last year, was a pillar of the music scene in Oshawa for “33-1/3 years” with a special affection for the punk scene, having started a fanzine tribute to Teenage Head called What Wave in the 1970s.

He and his wife Dana launched Cole Train Music in 2009.

Oshawa music writer Will McGuirk had this to say about Cole in 2011 when ‘Mayor Al Roc,’ as he sometimes called him, turned 50.

In a different world, you would be an elder statesman for the work, for the writing, the promotion, the tangible, active support of the arts. You would be an honorary-in-residence at the university, living out your days among the young, the ivy and the dappled sunshine.

But this is Durham wrapped ’round this city that aspires to GTA suburb status. One determined to submerge its history and identity under toll roads and American retail giants. Without you, Al Cole, much of the musical heritage of GTA east would have been long lost. Someone could write a book on you. 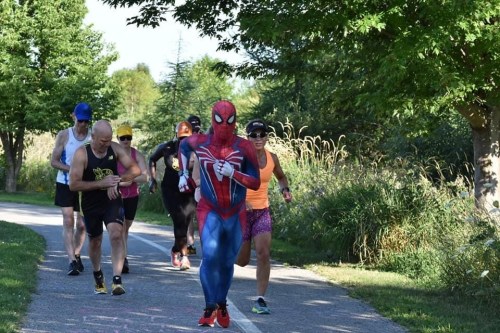