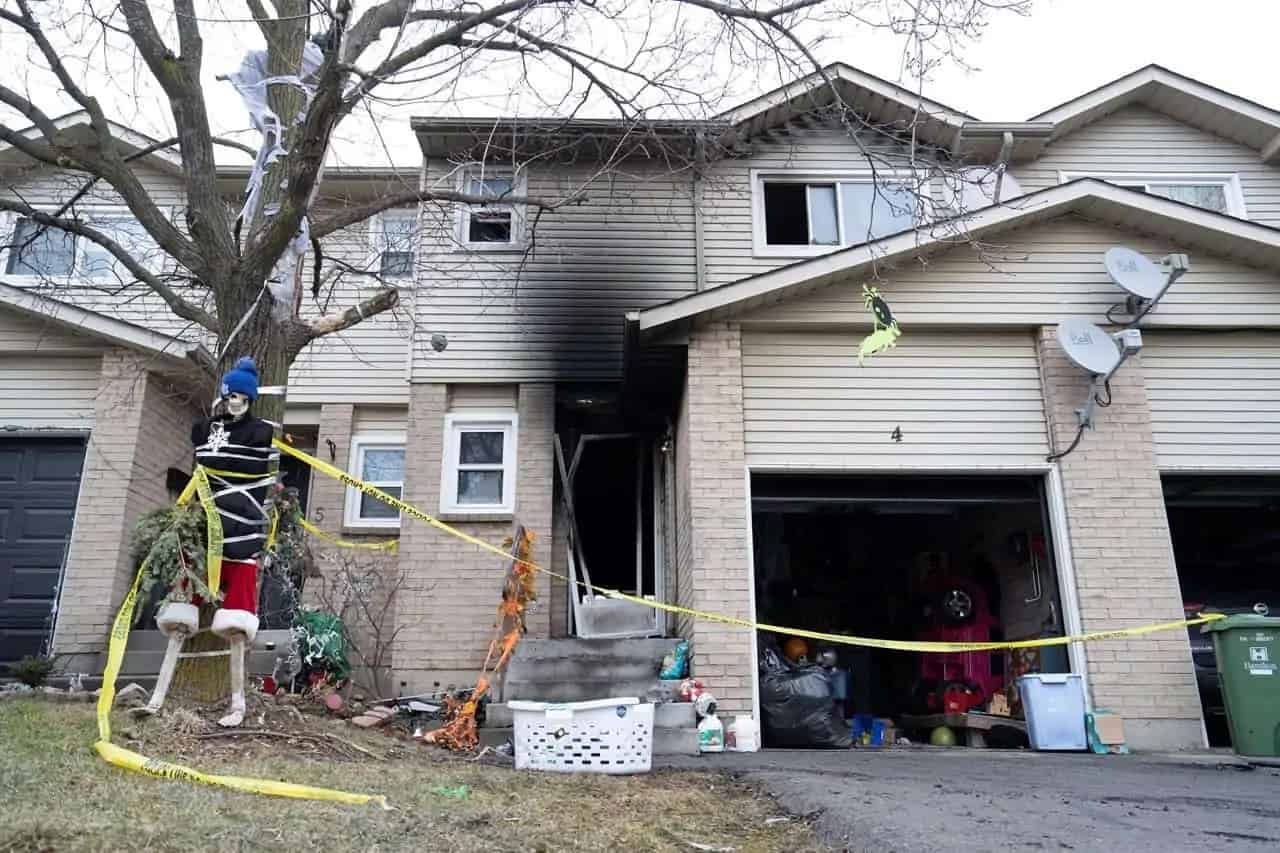 The residence at 14 Derby St. (Peter Power, The Canadian Press)

A GoFundMe campaign is underway in the names of Kassie Chrysler and her two children, eight-year-old Lambeau and seven-year-old Khaleesi McIsaac, who perished in a Dec. 29 housefire in a townhouse unit at 14 Derby St. on Hamilton Mountain. The identifies of three of the deceased were publicized yesterday when Adelaide Hoodless Elementary School, where the Lambeau and Khaleesi were pupils, informed its school community of the deaths. The children had two older siblings, and Kassie Chrysler was a single mother.

The campaign has been organized by Brandy Rennick, who wrote on the page that her son was a close friend of Lambeau McIsaac. The goal is to raise $25,000, and $10,981 had been raised as of Friday morning (Jan. 6)

“This fund has been started to be able to cover the costs of end of life arrangements and various associated costs with a celebration of life to truly celebrate these three lives ended far too soon in a horrible house fire in Hamilton, Ontario on December 29, 2022,” Rennick writes.

“The light and joy that Lambeau and Khaleesi brought with them into the lives of those around them everyday is hard to express in words,” Rennick added. “Everyday they looked for the best and encouraged that in those around them.”

More than 150 donors have chipped in so far. Ward 3 Coun. Nrinder Nann also shared the campaign on her Twitter page, indicating that one of her children was a playmate of young Khaleesi MacIsaac.

An as-yet-unidentified 40-year-old man also died in the blaze inside a home that did not have a working smoke alarm, and where the the victims were trapped on the second floor after the fire originated in a couch on a main floor. Two other people were injured in the fire, which remains under investigation by the Office of the Ontario Fire Marshal.

At a media conference on Tuesday, Hamilton Fire Chief David Cunliffe confirmed that further investigation could result in legal liability for the townhouse’s landlord. He also said that 19 smoke alarms at nearby homes were replaced the following day when firefighters visited residents.

Ontario Fire Marshal John Pegg also said 2022 was the worst year for fire-related deaths in Ontario in more than two decades, with 133 people losing their lives.