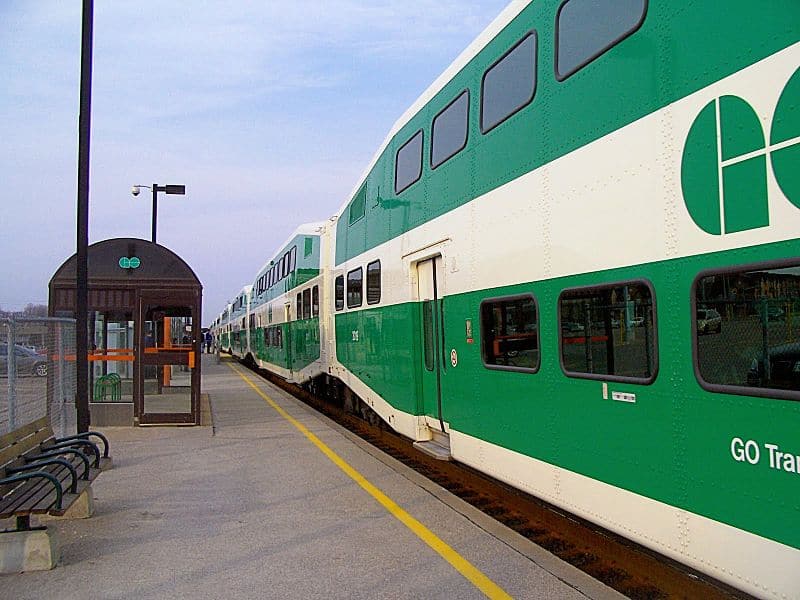 Construction work on the Lakeshore West GO Line means there will be significant service disruptions this coming weekend for Toronto-bound transit users from Niagara, Hamilton, Burlington, Oakville and Mississauga.

Metrolinx said in a press release issued Wednesday (Nov. 17) that crews will be working to replace older sections of track and as a result, service between Oakville and Union Station will be suspended starting Saturday (Nov. 20) until end of day Sunday (Nov. 21).

“These upgrades will improve train speeds, service life, and reliability,” the transit provider explained in the release.

“By shutting down this portion of the tracks, construction crews can safely and efficiently get a lot of work done over the course of the weekend.”

Customers heading to the Leafs game this weekend or another event on the Lakeshore West Line on Saturday night, there are GO train options.

There will be an eastbound train leaving Aldershot GO at 4:55 p.m. and one leaving West Harbour GO in Hamilton at 5:13 p.m. to get people to downtown Toronto.

Heading home, there will be two westbound trains heading to West Harbour GO, leaving Union Station at 10:35 p.m. and 10:50 p.m.

Long Branch, Mimico, or Exhibition GO stations will have no GO service during most of this weekend’s service disruption and customers are urged to take the TTC to Union.

Further out, there will be no Niagara train service during this time and Metrolinx is advising customers planning to travel between Niagara Falls and Burlington to connect with GO bus Route 12 service.

“Customers who have purchased a WEGO ticket for this weekend can still board replacement buses with their ticket,” the release said.

Additionally, there will also be temporary changes to Barrie train service on Saturday, Nov. 20. Some trains will not stop at stations between Allandale Waterfront to Bradford GO.

Here’s a breakdown of what customers can expect this weekend along the Lakeshore GO Line:

There will be no Lakeshore West train service from Union Station to Oakville GO except for the trips listed above. Train service between West Harbour and Oakville GO will run hourly.

For service from St. Catharines and Niagara Falls, customers can use GO bus Route 12 and connect with train service at Burlington GO

For service to Niagara Falls and St. Catharines, customers can transfer at Burlington GO to GO bus Route 12