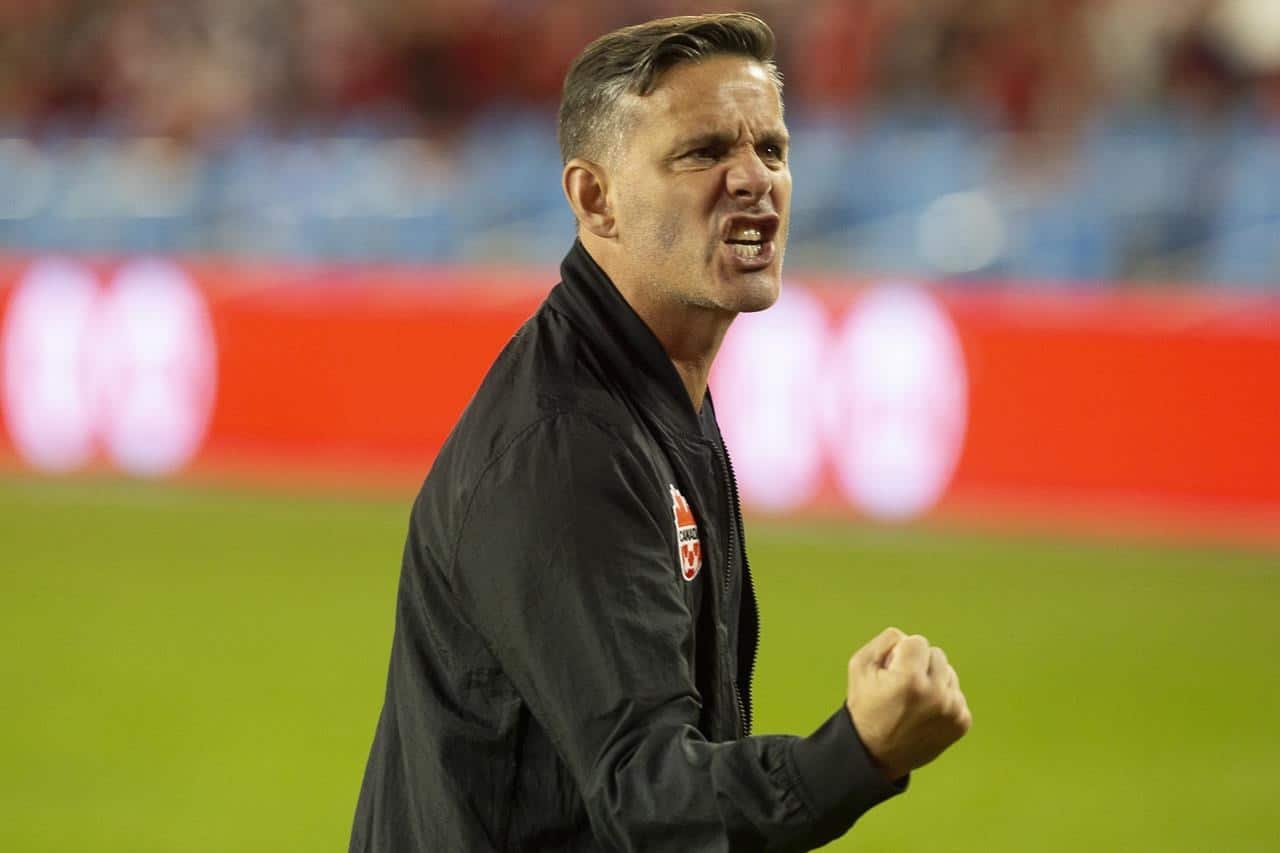 Canada men's national team coach John Herdman, above spoke positively of Marcelo Flores during the World Cup Qualifying campaign. But Flores says he wants to play internationally for Mexico, rather than Canada. (The Canadian Press)

Georgetown-born Marcelo Flores, who plays for Arsenal’s under-23 side, says he wants to play internationally for Mexico.

Canada had hoped to secure the services of the 18-year-old attacking midfielder, who is also eligible to represent England.

Flores has a Canadian mother and Mexican father. He first moved to England six years ago and is now seen as a budding star in the Arsenal system with five goals in 11 appearances for the London club’s under-23 side.

“Despite the ability to represent several countries, I have always been a part of the Mexican national team system,” Flores said in a social media post. “It’s where I feel most comfortable.”

“Today I speak from the heart and feel the need to communicate something I’ve know to be true for a while that I think is important you heard directly from me,” he added. “I will represent Mexico wholeheartedly for the rest of my professional life.”

His declaration promoted a response on the Mexican team’s official Twitter feed.

“And Mexico will always welcome you. We’re delighted to continue this journey with you, Marcelo,” it said.

A Mexican youth international, he has won two caps already for Mexico at the senior level, both in friendlies — most recently in an April 27 draw with Guatemala. Still Canada coach John Herdman had hoped he would choose the Maple Leaf.

After the Canadian men beat the U.S. 2-0 in a World Cup qualifier in Hamilton in January, Herdman cited Flores in his post-match availability.

“I’m sure you’ve got players like young Marcelo Flores (who) might be looking after this game and wondering whether he wants to play for Mexico or Canada,” Herdman said at the time. “This is what we’re starting to provoke across the world. And these dual-passport players are looking out where they pledge their international future. All of this is important to our success.”‘

Herdman had previously tried to bring Flores to a Canadian camp, only to be frustrated by pandemic-related restrictions, and had included the teenager in his preliminary 60-man roster for last summer’s Gold Cup.

Herdman has had success convincing players with international options to choose Canada, with the likes of Stephen Eustaquio, Scott Arfield, Steven Vitoria, Junior Hoilett, David Wotherspoon and Ike Ugbo, among others, coming on board.

Flores’ sister Silvana is currently on loan with Ipswich Town from Tottenham of the FA Women’s Super League. Silvana and sister Tatiana represented Mexico at the FIFA Under-17 World Cup.

“I was born and raised in Canada,” he wrote. “All my childhood memories are full of happy moments there with the ball at my feet. My mother is Canadian. She was the one that taught us to love Canadian culture. Canada is where I fell in love with soccer. I will always be connected with that beautiful country. Thank you, Canada.”