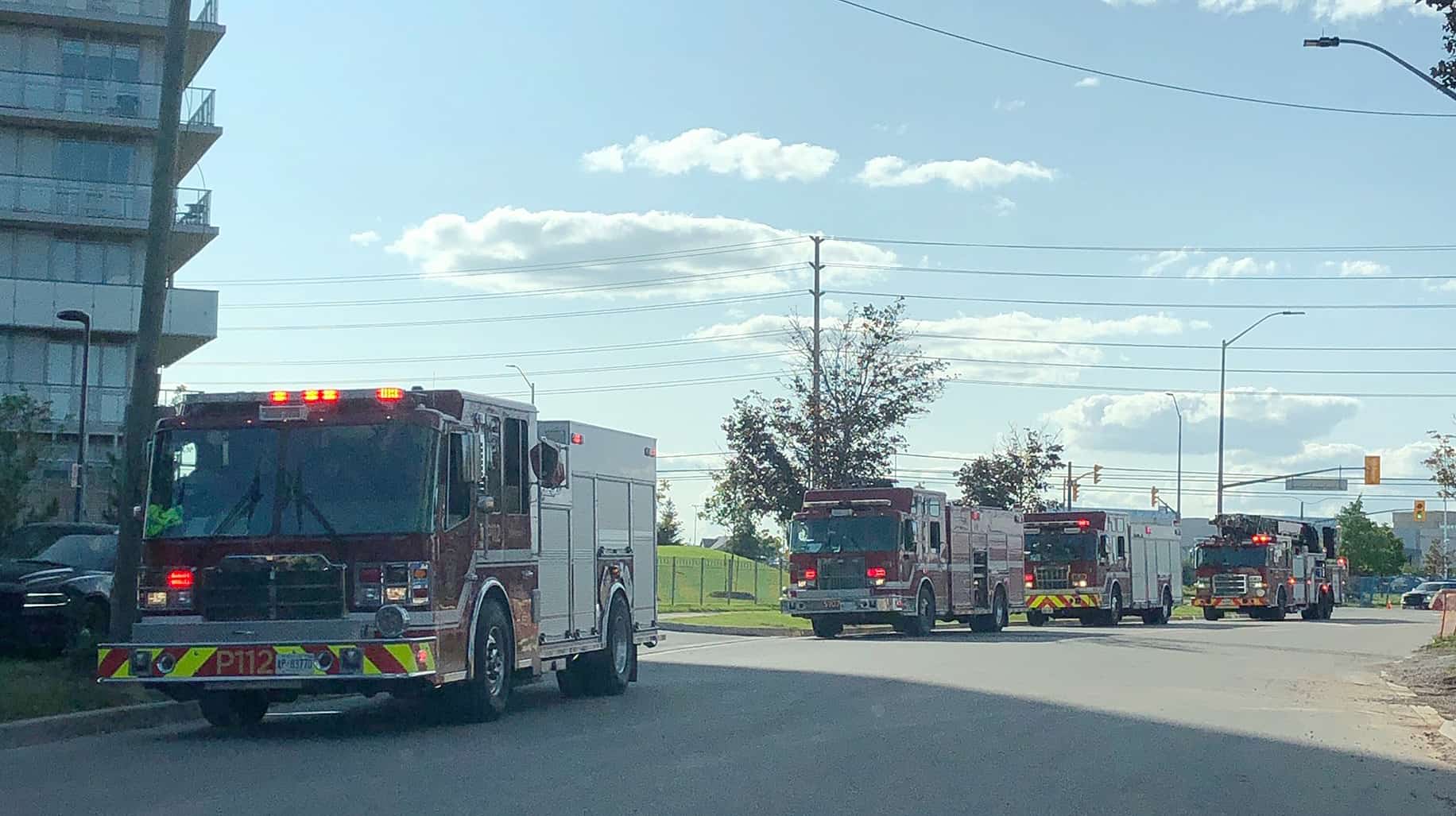 The fire is out and there are no injuries, but sources say gasoline was used to ignite a blaze on the fifth-floor of a Mississauga high-rise this evening.

According to several accounts, emergency crews were called to the scene at Glen Erin Dr. and Credit Valley Dr. around 5:30 p.m. when reports of a “loud noise” and smoke and flames could be seen coming from the building.

Once there firefighters encountered one person trapped on a balcony and several others who had headed out to their balconies for safety.

Sources say gasoline was poured on the fight-floor and then ignited causing the fire to spread.

Mississauga fire crews have since reported the fire has been extinguished and everyone is safe.

Investigators have been called in to examine the scene.