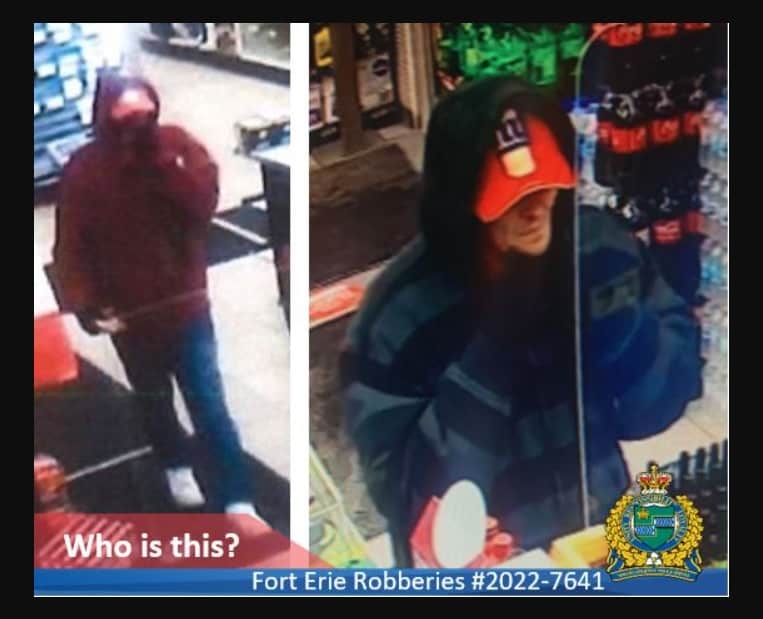 The Niagara Regional Police Service published a description of a suspect, and a vehicle he was travelling in, during three attempted armed robberies in the Fort Erie and Niagara Falls areas. The suspect is described as a white man between 30 and 40 years old, clean-shaven, and wearing red bandana, a red-and-white New York Giants cap, black gloves, and black/grey striped winter jacket.

Around 3 a.m. on Monday, a lone male suspect entered the store area at a Pioneer gas station at 191 Garrison Rd. in Fort Erie. He demanded money from the store clerk. The suspect fled with a small amount of merchandise.

Less than a half-hour later, at 3:20 a.m., NRPS officers responded for another robbery call — this time at the Flying J Truckstop at 1637 Pettit Rd. in Fort Erie. The suspect demanded money from the clerk, but failed in his attempts to get any money and fled from the store.

The description of the suspect is the same as the Pioneer robbery above, however he was now wearing a red jacket. The suspect entered the passenger side of an awaiting vehicle parked outside the Flying J.

Then, at around 4:50 a.m., NRPS Niagara Falls police officers responded for a robbery call at the Petro Canada located at 7307 Oakwood Dr., in Niagara Falls. The suspect demanded money from the clerk and was once again unsuccessful. The suspect in this incident is believed to be the same male as the above-mentioned robberies.

None of the staff involved in these incidents were physically injured.

The Dodge has not been located. If the Dodge is spotted by a member of the public, do not approach the vehicle and contact your local police. 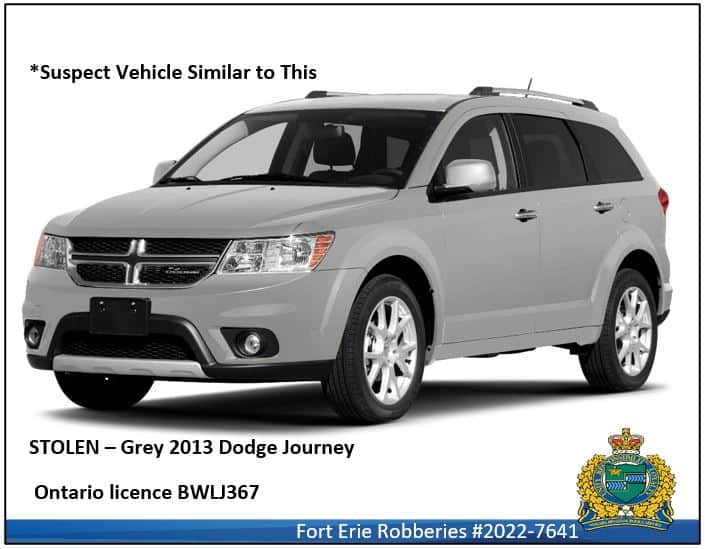 Members of the NRPS 5 District detective office are continuing the investigation into the above occurrences. Anyone with information can contact detectives by calling 905-688-4111, opt. 3, ext. 1009369.