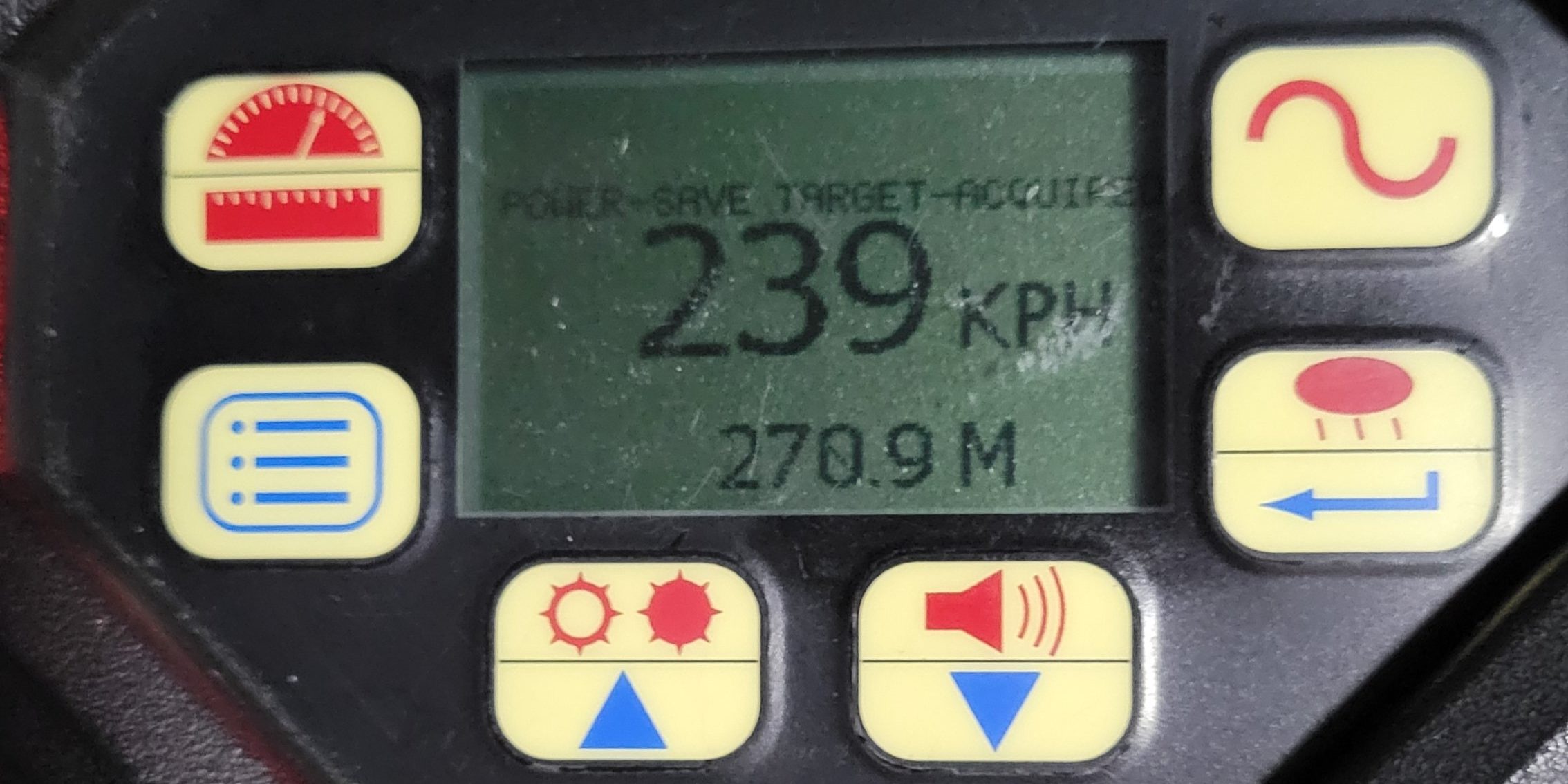 OPP clocked a 19-year-old G2 driver at 239 km/h on the westbound Hamilton stretch of the QEW towards Fruitland Rd. (@OPP_HSD photo)

Ontario Provincial Police pulled over a 19-year-old G2 driver on the Hamilton stretch of the QEW for stunt driving.

Stunt driving may even be an understatement if that’s possible.

The vehicle, which appears to be a BMW based on the photo shared by the OPP Highway Traffic Division on Twitter, was travelling westbound toward Fruitland Rd. in Stoney Creek.

The definition of “stunting” in Ontario has been expanded over the years as the province and law enforcement have tried to curb dangerous driving.

When the speed limit is at least 80 km/h, drivers travelling 40 km/h or more over the limit can be charged with stunting.

The penalty includes a licence suspension and vehicle impoundment. Drivers can also face jail time, a fine of up to $10,000, and a 100 per cent increase in their insurance rates.