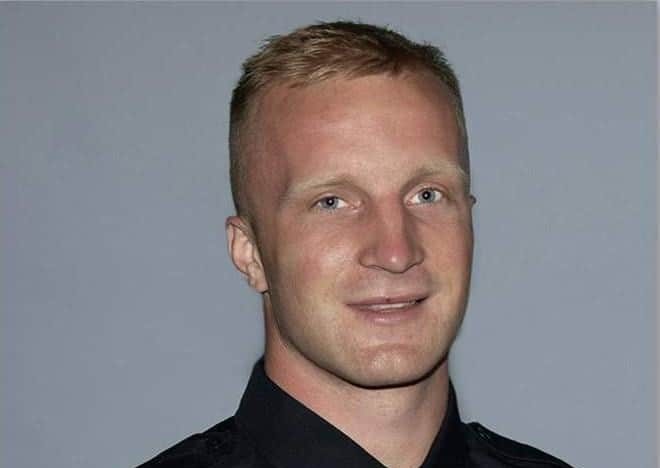 A private funeral is set to be held this morning for an Ontario Provincial Police officer who was shot dead in an ambush attack last week.

The OPP says the service for 28-year-old Const. Grzegorz (Greg) Pierzchala will start at 11 a.m. at the Sadlon Arena in his hometown of Barrie, Ont.

Pierzchala’s family will be joined by members of the OPP, other police services and first responders, Canadian Armed Forces members, and officials including Ontario Premier Doug Ford.

The funeral is not open to the public but an in-person broadcast is set to be held at the Caledonia Lions Hall in Haldimand County, where Pierzchala was based with the OPP.

Police are also inviting the public to observe the funeral procession, which is set to begin at 9:30 a.m. and travel from Adams Funeral Home to the arena.

Pierzchala, a former constable at the provincial legislature and member of the Armed Forces, was shot dead while responding to a call for a vehicle in a ditch west of Hagersville, Ont., on Dec. 27.

Pierzchala had been with the OPP for just over a year and just hours before his death had been notified that he had passed his 10-month probation period.

He dreamt of joining the police ranks as a boy and his colleagues have remembered him as a wonderful officer with “the biggest heart of gold you could ever imagine.”

Court documents show McKenzie had been initially denied bail, and was later granted it upon review in a separate case involving a number of assault and weapons-related charges months before the shooting.

A warrant was issued for his arrest after he failed to show up for a court date in August, the documents show.

Since the shooting, calls have grown for the federal government to reform its bail policy.

This report by The Canadian Press was first published Jan. 4, 2023.