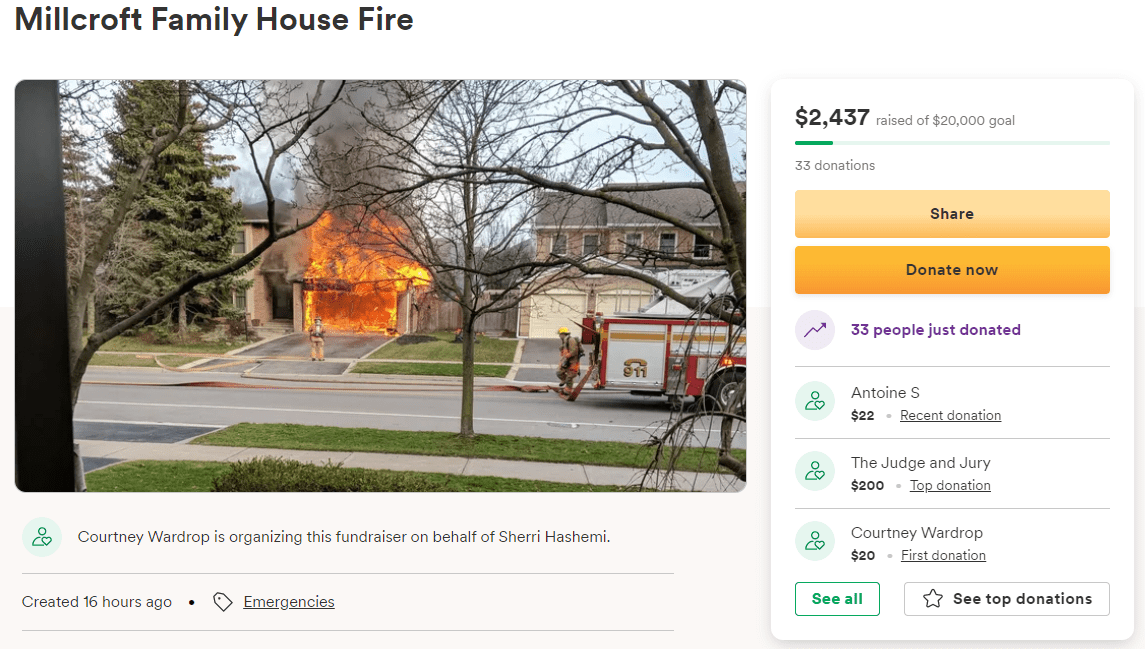 A fundraising GoFundMe account has been set up to help the victims of last night’s fire in the Millcroft neighbourhood of Burlington.

At least seven Burlington Fire vehicles and about 20 firefighters battled the early evening blaze that is believed to have started in the garage.

The blaze on Millcroft Park Dr., west of Country Club Dr. was reported just after 6 p.m. Tuesday, Apr. 12. Smoke could be seen for several kilometres and the damage is estimated at around $800,000, fire officials said.

No injuries were reported to the family, two adults and two young children.

The GoFundMe was started by a neighbour of the victims with a goal of $20,000. When this story was published, about $2,500 had been given by 33 donators.