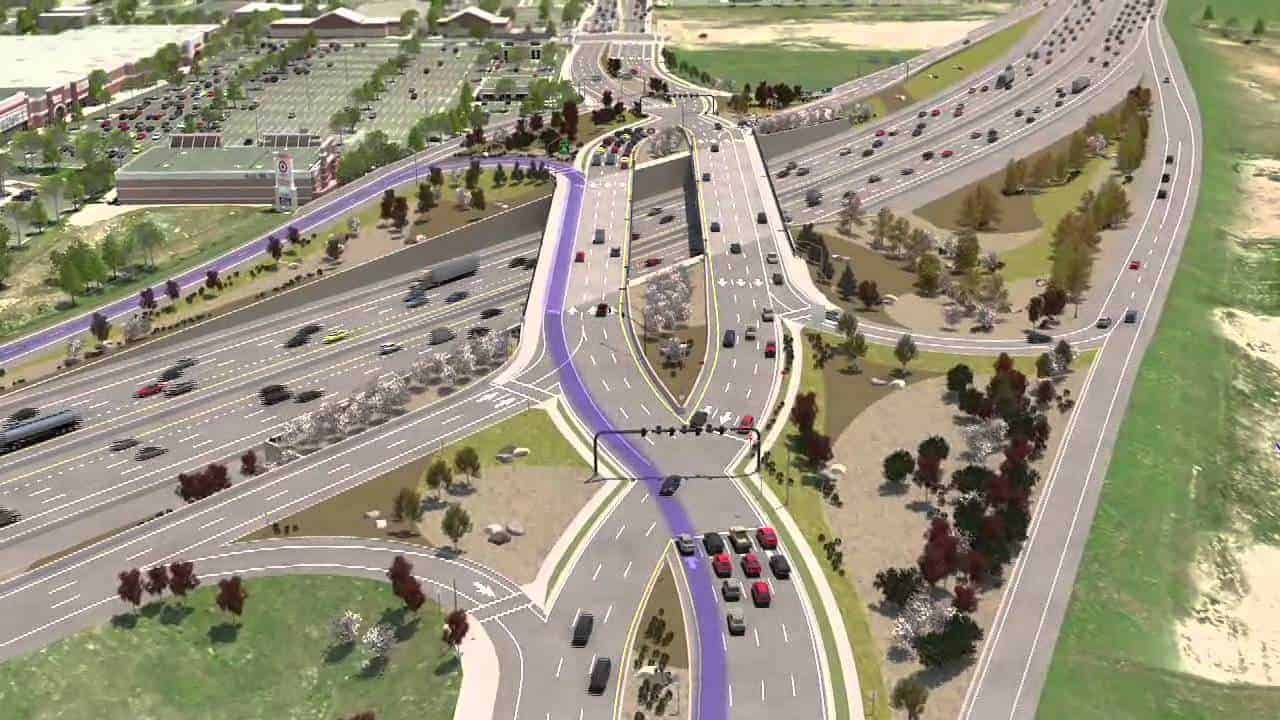 A significant update to the Glendale exit on the QEW will be hashed out by Niagara Region’s Public Works Committee at a June 15 meeting.

In a report being presented by Carolyn Ryall, the region’s Director of Transportation Service, the scope of the ramp-revamp is enormous, totaling some $54 million in funds being brought into the project from the Ministry of Transportation Ontario (MTO), Niagara Region and the Town of Niagara-on-the-Lake where it is located.

Chief among the changes to the QEW-Glendale exit will be the creation of the Diverging Diamond Interchange (DDI), a transportation design so unique, it will be Ontario’s first. (Only two other provinces have DDIs – Alberta and Saskatchewan. The US has close to 90.)

Considered by transportation experts as a revolutionary break-through in road engineering, the criss-cross pattern of the DDI breaks up rush-hour bottlenecks that are usually created by traditional east-west and north-south red light patterns.

Once approved by the Public Works Committee and then the Niagara Regional Council, it is estimated that the construction will take three years to complete.

Upgrading the interchange has been on the NOTL’s books for three years as their own Public Works Committee began looking at upgrades since April 2018.

The creation of the DDI also allows pedestrians to cross the highway on the overpass as their protected path takes them from one side of traffic, then between traffic between the two criss-cross portions and finally out on the other side of the road.

The DDI was the preferred choice of the MTO, which is footing the largest portion of the costs.

Image provided by the Utah Department of Transportation