Free Transit Will Soon be Available to Some Residents in Burlington 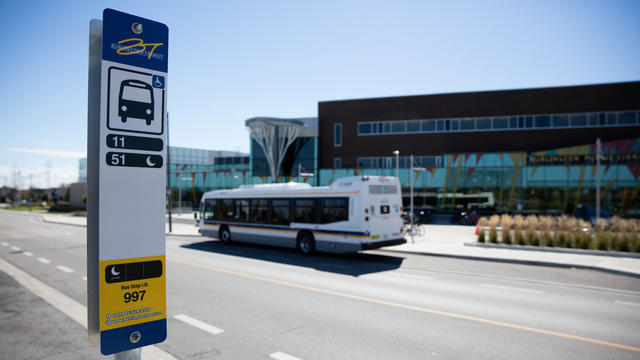 The city of Burlington recently announced some exciting news for those who use the city’s transit system.


The city of Burlington recently announced some exciting news for those who use the city’s transit system. Free transit will soon be available to some residents.

This pilot program, which will run for 18 months, was approved by Burlington city council as part of the 2019 city budget.

The program, as mentioned, will run from June 3, 2019 until Dec. 31 2020, and seniors can participate by loading a Free65 pass onto a PRESTO card at one of 16 PRESTO service locations in the city.

A few locations are as followed:

This pilot program, according to Sue Connor, Director, Burlington Transit, is a good way for seniors in the city to get to know the transit system.

“With the introduction of this pilot program, we hope that seniors who do not currently consider Burlington Transit for their travels around the city will see how easy it is,” Connor said in a statement. “Whether they are visiting family and friends or looking to shop for groceries and attend appointments, Burlington Transit can get them there with just the tap of a PRESTO card.”

The Free65 passes will be available for loading as of May 21, 2019, and these passes can also be used for the specialized transit service (Handi-Van).

And if that wasn’t enough to get you excited, then the city has even more exciting news.

Burlington Transit will be giving away free PRESTOcards to the first 1,000 customers who acquire a Free65 pass.

The free PRESTO cards will be available at Learn2Ride sessions, or at the downtown Burlington Transit bus terminal at 430 John St., starting May 21, 2019.

Photos are courtesy of the city of Burlington.