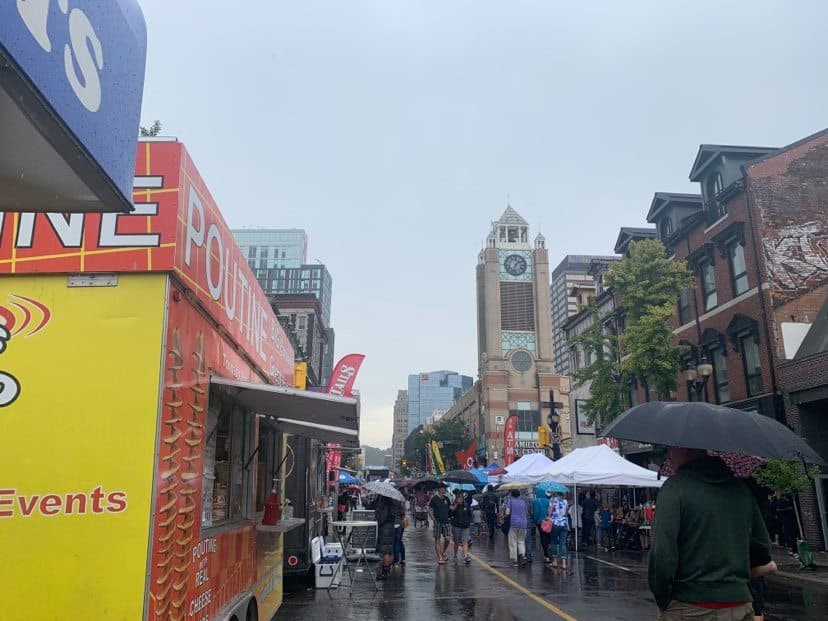 Supercrawl is back with an expanded lineup this weekend.

The festival was cancelled in 2020 and presented live-stream events last year due to lockdown restrictions.

This year, the festival is back with an expanded lineup and tons of fun along James Street North in downtown Hamilton from Sept. 9 to 11.

Festival-goers can get close to the action in an interactive performance on Sept. 10 and 11 from Pittsburgh’s Squonk. The group brings their touring production Hand to Hand, which invites audience members to operate two giant purple puppet hands.

This will be only the second time Squonk has staged Hand to Hand in Canada.

There will be fashion showcases from places such as Ark Collective, Kiki’s Closets, The Thrifty Designer, Tout Sweet Vintage, and True Hamiltonian.

There will also be theatre and dance from groups such as the Alegria Dance Company, Defining Movement Dance, and the David Hudson Dance Company.

There are also dozens of food trucks, craft vendors, plus a family zone with a foam party for children and youth.

Visit the Supercrawl website for more information and a festival schedule.