Fraudulent Products May be Sold in Mississauga Grocery Stores 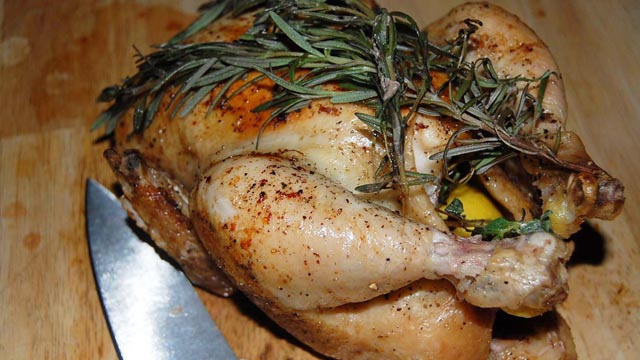 If you’re paying big bucks for organic groceries, you deserve to purchase the real deal.

Unfortunately for many consumers in and outside of Mississauga, there’s a chance you’ve purchased organic chicken that wasn’t organic at all.

According to a recent Globe and Mail article, Ontario poultry producers Cericola Farms have been charged with mislabelling regular chicken as “certified organic.”

Although some people might think the allegations are somewhat trivial (if they think that shopping for organic groceries is a pastime that is precious and boutique and exclusive to hipsters, health food addicts and yoga moms), they are actually incredibly scandalous.

The company’s products are sold through such well-known companies as Blue Goose Pure Foods and are carried by big name grocers Loblaws, Sobeys and Costco (all of which have locations in Mississauga). Highland Farms also carries Blue Goose organic chicken products.

Since organic products are typically sold at a premium and can, in some cases, be double the price of regular groceries, the allegations are extra troubling.

Cericola Farms gave a statement to The Globe and described the charges as “unfounded,” and said that its facilities are routinely inspected by the CFIA and other regulators.

While Cericola is denying the allegations, it’s not the first time the company had found itself embroiled in a battle over this issue. The Globe reports that, just last year, Cericola’s former director of operations came forward and said that fraudulent labelling has been an ongoing problem at the company and that she had witnessed regular chicken intended for chain grocers being mislabelled as “certified organic.”

Cericola denied the allegations (which came out in 2015) and Blue Goose released a statement saying that Cericola had advised them that the accusations were false and that Cericola had “been in compliance with all such audits and inspections related to Blue Goose, during which no issues involving improper labeling, or otherwise have been identified.”

According to The Globe, it is not yet known whether Blue Goose and big-name grocers will continue to distribute Cericola goods.

While only time will tell what will come of these charges, it’s good to know that potentially fraudulent food labelling is being taken seriously. While it’s wrong to deceive shoppers, it’s even worse to charge a premium on a product that’s been deliberately mislabelled.

So, what do you think, Mississauga? Should local grocery stores remove Cericola products from the shelves until more information is known? Or should they wait to see what comes of the charges first?