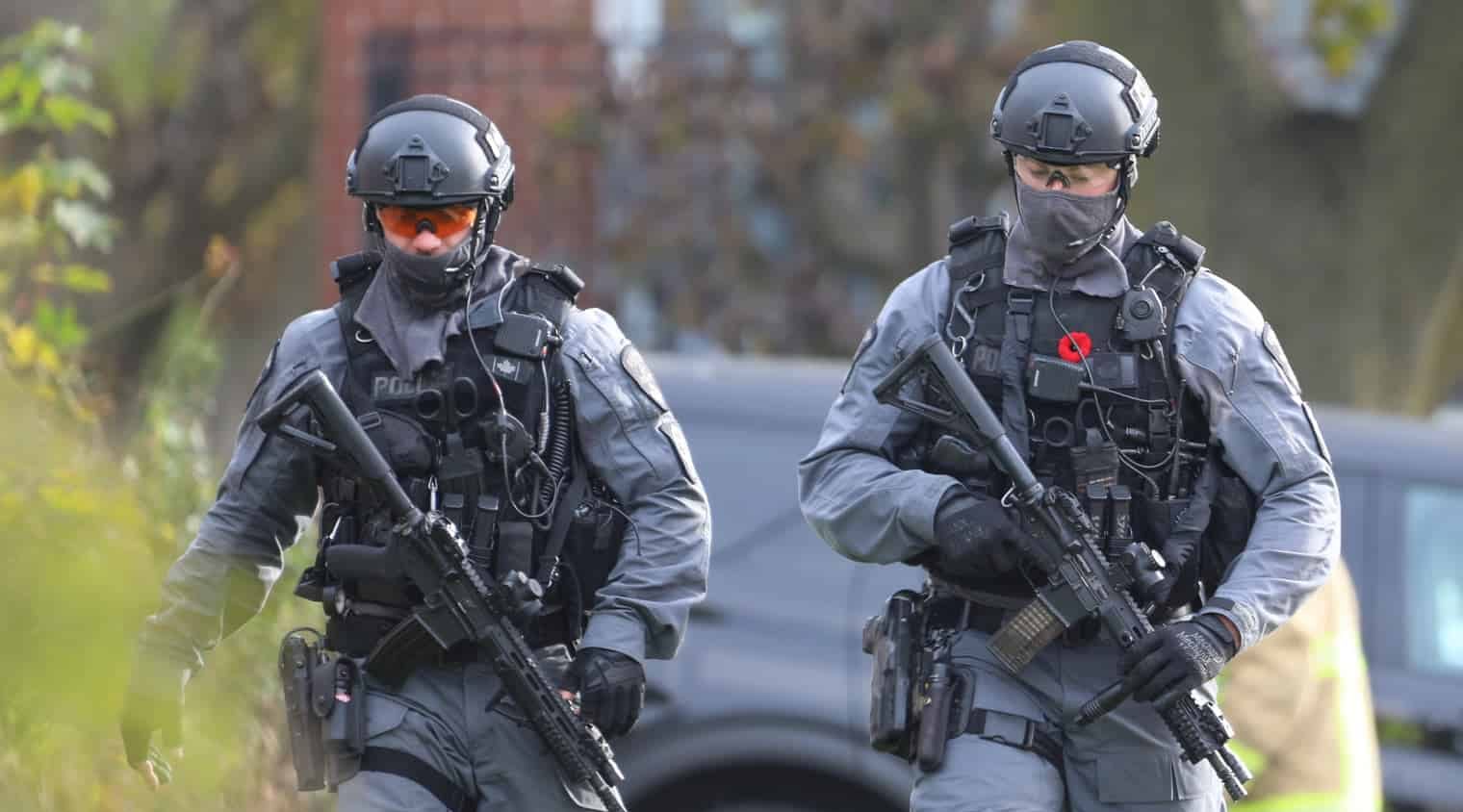 Durham Police spent Remembrance Day at the scene of a standoff in south Oshawa.

A fourth man was arrested November 22 in the murder investigation into the shooting on Pembry Drive in Ajax on Remembrance Day.

The shooting took place in the early morning hours of November 11 around 4 a.m. Police were called to the scene after reports of an armed man in the area.

When officers arrived they found Maurice Fullerton, 33, suffering multiple gunshot wounds. He was rushed to a Toronto trauma-centre but succumbed to his wounds.

The killing is the seventh in the Region in 2021, and the fourth in less than a month, coming quickly after the murder of Ruth Humphries in Oshawa on November 2. and the murders of Ava Burton and her mother Tatilda Noble in Whitby on October 14.

Three suspects from the Ajax investigation were tracked to a home on Highland Avenue in Oshawa. This led to an hours-long armed standoff with police when the men barricaded themselves in the house on November 11.

Cops in Oshawa Ontario got 1 person…nothing is going on now! I was on the news! #foryoupage #foryou #oshawa #ontario

Three local schools were placed on hold-and-secure procedures as a result.

The standoff ended around 2:30 with the arrests of three men. Though at the time Durham Police announced only man was in custody. Devin Mandley-Byer, 22, Trevor Kotzma, 25, and Michael Rodgers, 25 all face charges of second-degree murder.

A fourth man was arrested on Monday almost two weeks after the investigation began.

Alexander Mahon-Fernandes, 28 from East York was charged with accessory after the fact to murder, robbery and possession of property obtained by crime.