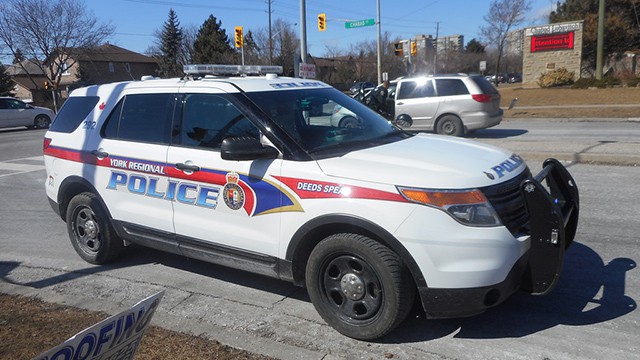 Four people have been arrested in a joint police investigation into armed robberies in Mississauga, Brampton, Toronto and York Region.

According to York Regional Police, officers were investigating in Toronto on Saturday (Dec. 10) when they located four male suspects committing an armed robbery at a store on Bloor Street West at Shaw Street.

“The suspects attempted to flee the area in a stolen vehicle,” said York police.

Investigators stopped the vehicle and arrested three suspects, then later arrested a fourth suspect who unsuccessfully attempted to flee.

The suspects have not been identified at this time.

Peel Regional Police are assisting the investigation into the armed robberies.

“Our Central Robbery Bureau has been busy this year! We were collaborating with York Regional Police and they arrested four robbery suspects red-handed,” said Peel police.

Peel police say the suspects were also responsible for a robbery in Mississauga on Thursday, Dec. 8.

York police are requesting any witnesses or anyone who may have cell phone, dashcam or video surveillance footage in the area at the time of the robbery to contact them at 1-866-876-5423, ext. 6630.