4 restaurants in Mississauga issued tickets, one for $10,000, for violation Reopening Ontario Act 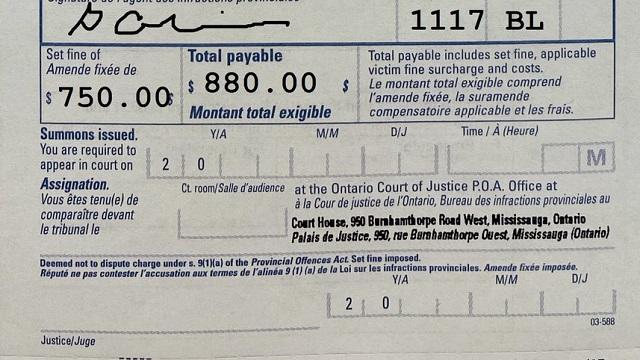 It was a busy week for Mississauga’s enforcement officers, as they received more than 30 complaints related to private gatherings, and another 30 related to businesses allegedly violating current restrictions. As a result, seven tickets were issued.

On Wednesday, a Mississauga restaurant owner was issued a Part 3 Summons—which is more significant than a regular ticket and comes with a minimum fine of $10,000. The City alleges the Part 3 Summons was issued because the restaurant has repeatedly violated the Reopening Ontario Act (ROA).

On Friday, five tickets were issued—four were issued to business owners while one was issued to a citizen who refused to follow a restaurant’s mask policy.

All three businesses that were fined were restaurants—one business owner received a Part 3 Summons, and one received two tickets, one for violating the ROA and one for obstruction.

Then, on Saturday, a ticket was issued to an attendee of a large outdoor gathering for excessive vehicle noise.

Additionally, two notices of compliance were issued this past week for by-law-related infractions.