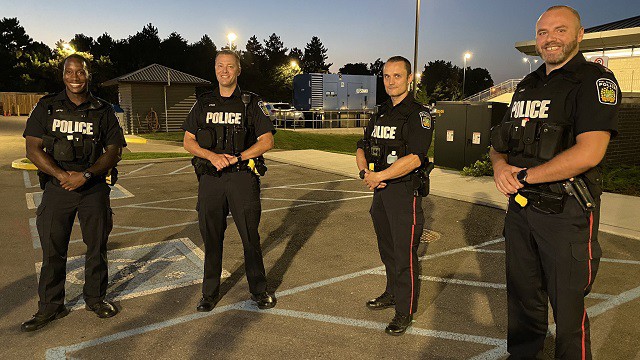 It’s a nightmare no parent wants to experience: having to rescue their child from a perilous situation.

That was the horrifying reality for a mother in Mississauga when her seven year old son slipped out of a window on Friday afternoon.

Peel police said they got the call at 5:09 p.m. and headed to an apartment building in the area of Erindale Station Road and Dundas Street West, where the boy was hanging from the balcony rail of a sixth floor apartment.

According to police, the boy was playing near a window when he slipped out. His mother, who heard his cries for help, grabbed on to him but was losing hold.

Officers arrived at the scene and breached the door to the residence and a window near the child, successfully pulling him in.

While the child was uninjured, two officers had to be treated by paramedics after being injured by broken glass.

“Let’s give some big props to the child’s mother. She fought to save her child’s life until the community could rally around her, and get police on scene to help,” Andrews added.

“Great work by all to bring this event to a positive resolution.”