Founder of Niagara Jazz Festival passes from cancer over weekend 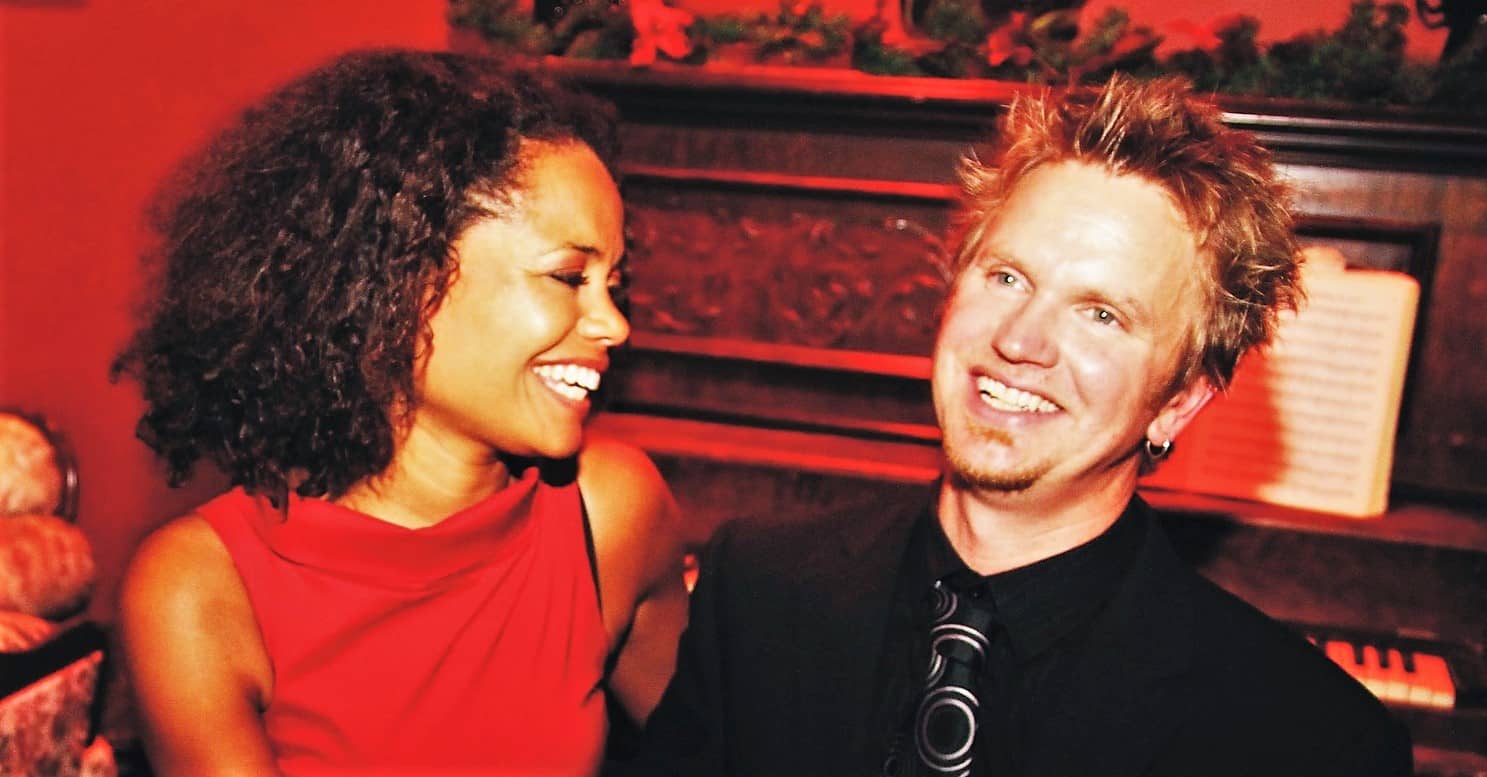 Peter Shea with his wife and musical partner Juliet Dunn founded the Jazz Festival in Niagara back in 2014.

Niagara lost an absolute leader in jazz music over the weekend to stage 4 prostate cancer.

Peter Shea, who passed away Sunday (August 21), cofounded the TD Niagara Jazz Festival with his wife and musical partner Juliet Dunn back in 2014. In 2017, it was voted the ‘Best New Festival’ in Ontario.

Niagara leaders spoke of the loss after Shea passed away.

“Niagara lost an outstanding musician today,” posted St. Catharines Mayor Walter Sendzik. “Peter Shea, co-founder of @jazzniagara with his wife Juliet Dunn, passed away after a courageous battle with cancer. One of the best musicians I have ever known – Peter was one of a kind. He was music. Way too soon. RIP Pete.”

Jazz musician Heather Jane posted, “Peter passed away yesterday morning (Aug 21) and those of us in the jazz community who knew him and called him a “friend” (as well as a colleague) are gutted today. He was sweet, talented, funny as hell, kind, supportive, and the most generous of souls.”

“I don’t know ANYONE who didn’t love Peter Shea. He would go out of his way to help anyone in need and always knew how to make me laugh until my sides hurt. God, he was one of the good ones!!”

Born and raised into an Irish/Icelandic family, Shea began his lifelong love affair with music surrounded by a family of musicians and music lovers. In 1995, he graduated from the University of Toronto with a degree in Jazz Performance and Composition.

With his long musical lineage, Shea was considered one of Niagara’s eminent jazz pianist, percussionist, vocalist, composer and arranger. Along with Dunn, he had performed in over 40 countries as a bandleader, vocalist and keyboard/piano player.

A GoFundMe campaign has been launched to raise money to hold a celebration of life next month at White Oaks, and to also help his family pay bills. It can be accessed HERE. 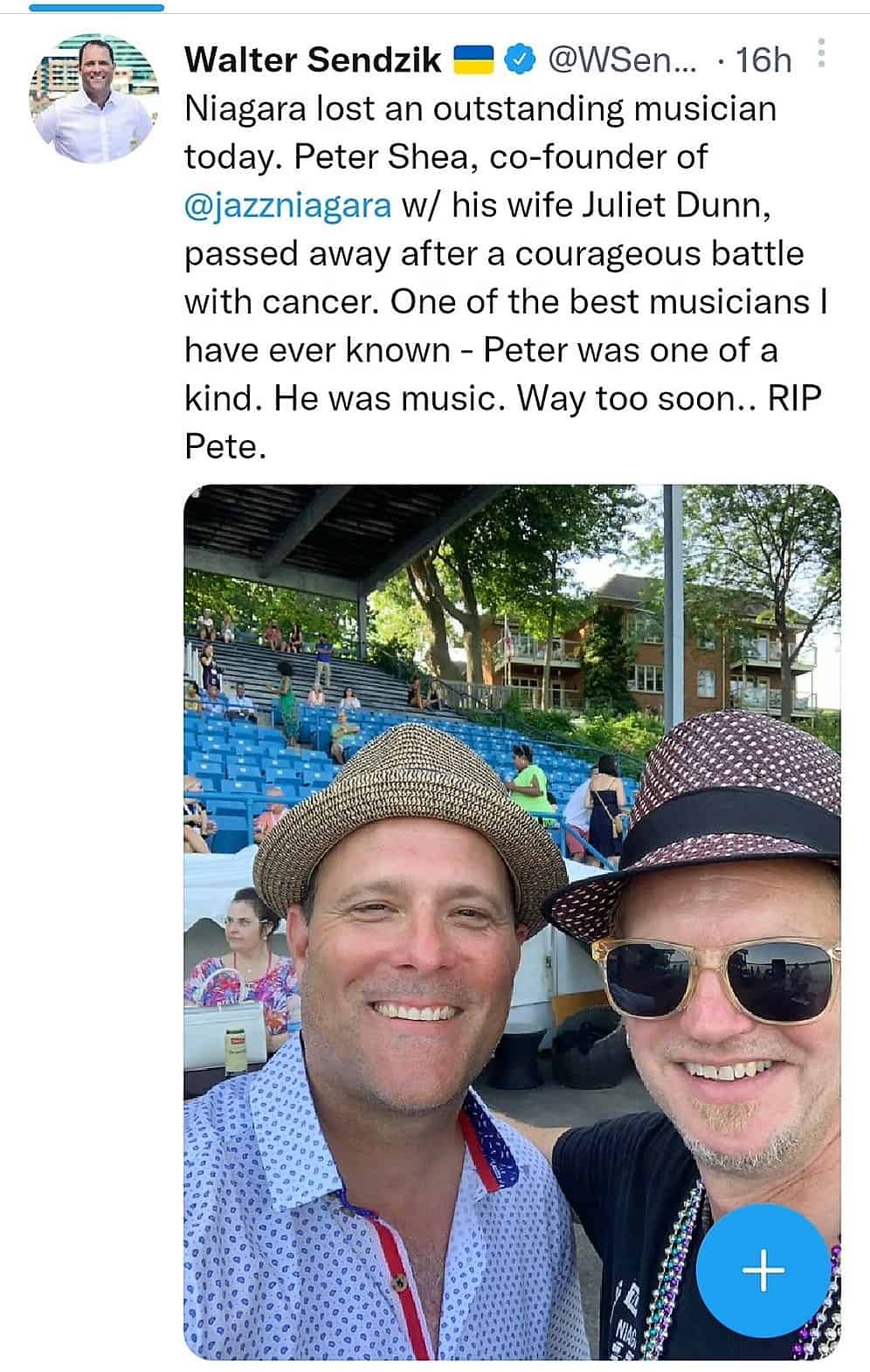 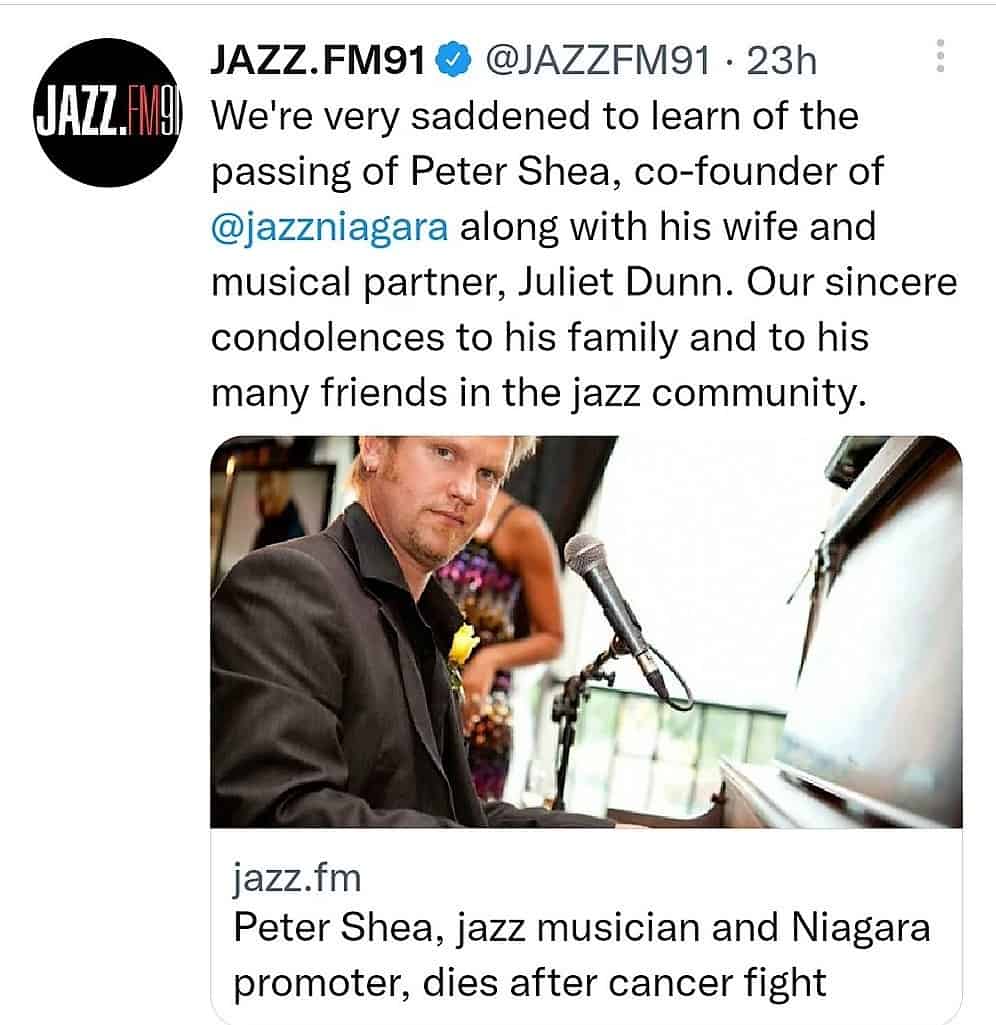