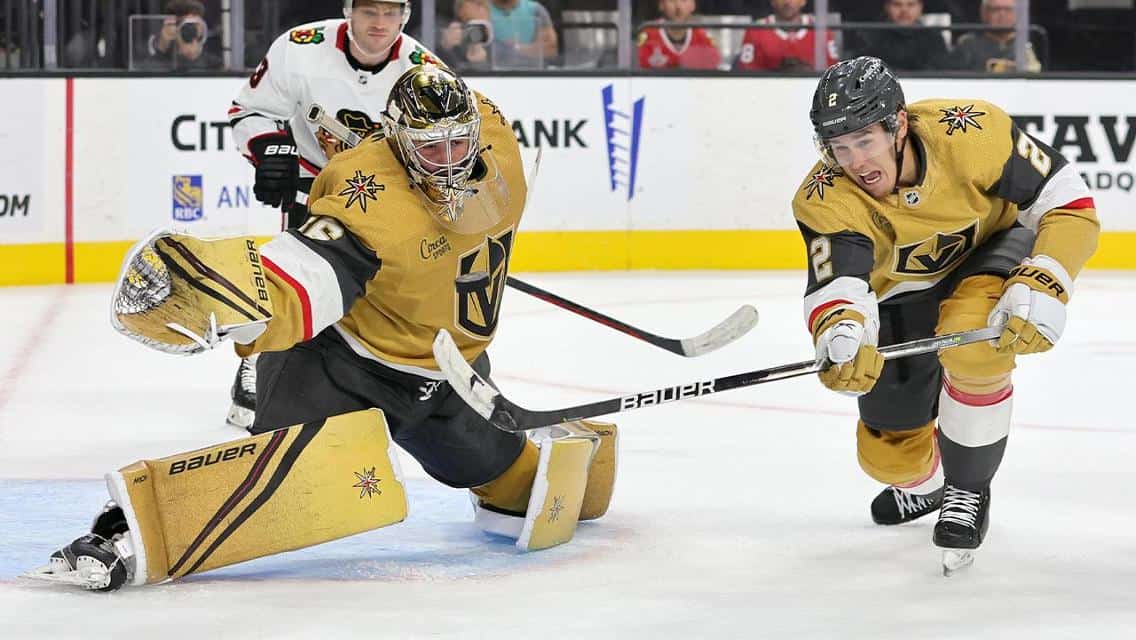 A former goalie for the Brock Badgers men’s hockey team has hit the big-time.

After being signed to the Las Vegas Golden Knights in 2020, Logan Thompson selected to the Pacific Division roster for the 2023 NHL All-Star Weekend coming up at the beginning of February in Florida.

Having a stellar rookie season between the pipes for the Golden Knights, Thompson will be up against the best-of-the-best on Friday, February 3 and Saturday, February 4 for the All-Star weekend, which will include the NHL All-Star Skills on Friday and the Honda NHL All-Star Game on Saturday.

Thompson, 25, is the first rookie goaltender to be named to the NHL All-Star Game since 2016, when John Gibson represented the Anaheim Ducks in Nashville.

He was previously named the NHL’s “Rookie of the Month” for November after sharing the League lead with eight wins (8-2-0) and posting a 2.88 GAA and .909 save percentage in 10 games during the month.

Backstopped by Thompson, the Golden Knight sit atop with Western Division standings with 27-12-2 for 56 points after 41 games. Thompson has appeared in 28 contests and gathered an overall record of 18-9-1, with a .915 save percentage, 2.61 GAA and two shutouts. The rookie’s 18 wins are tied for third in the NHL this season.

When he signed the contract with the Golden Knights, Thompson gave a lot of credit to his time as a Brock Badger.

“Brock gave me a second opportunity and I’m really grateful for them allowing me to come and play another season,” Thompson told the Brock News. “They helped me get back on my feet. From there, things fell into place and I worked my way up.”

Thompson had already played four years in the Western Hockey League, winning a league championship in the 2015-16 season with the Brandon Wheat Kings.

But when his professional hockey dream appeared to stall, he looked for a team in the university hockey system that would give him a platform to prove himself.

“After the WHL, I wanted to go somewhere where I would get a lot of playing time and an opportunity to grow,” Thompson said. “That’s why I went to Brock. Their program is top-notch.”

As the Badgers’ starting goaltender in 2018-19, Thompson posted a 2.22 goals against average and a .934 save percentage in 24 games to be named Ontario University Athletics’ Goalie of the Year, Rookie of the Year and a first-team all-star. 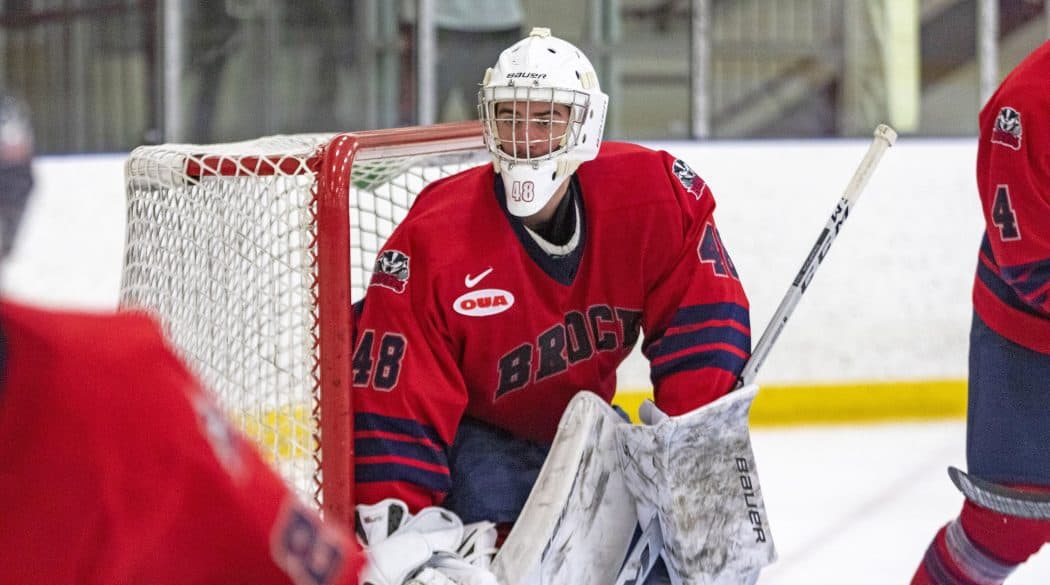 Logan Thompson, just named to the NHL All-Star roster, credited his time as a Brock Badger as giving him the boost he needed to get signed by the Las Vegas Golden Knight. (Photo: Brock University)