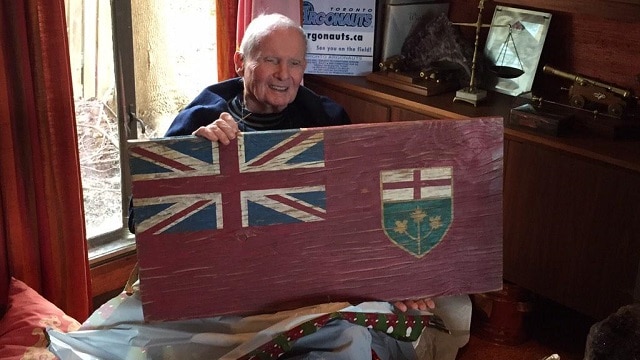 Former Premier of Ontario William (Bill) Davis has passed away this morning (August 8) at this home in Brampton.

Davis’ family announced that he had passed away this morning at the age of 92.

“It is with immense sadness and deep gratitude for his remarkable life as a husband, father, brother, grandfather of twelve and great grandfather of three, that we announce the passing, in his beloved home town of Brampton,” his family said.

Davis leaves behind quite a legacy: He was the Premier of Ontario for 14 years (1971 to 1985), leading the final 14 years of a 42-year period in which the Progressive Conservatives governed the province. Before that, he served as education minister and universities minister.

Even after the end of his term, Davis was involved in politics — he endorsed Christine Elliott’s bid to become Ontario PC leader and Patrick Brown’s bid to become mayor of Brampton.

“He was our most beloved resident in Brampton, Ontario’s most successful Premier and the definition of decency. His legacy is one of profound accomplishment & he will be missed greatly,” said Brown.

“We wouldn’t have a Canadian Charter of Rights and Freedoms if it wasn’t for Bill Davis’ patriotism and willingness to put partisanship aside for the good of Canada.”

He was our most beloved resident in #Brampton, Ontario’s most successful Premier and the definition of decency.

His legacy is one of profound accomplishment & he will be missed greatly.

RELATED: A look back at the life of “Brampton Billy”, Ontario’s former premier