A former Ontario PC leadership candidate, who came in last on the first ballot in the contest which elected Doug Ford, has announced she want to run for MPP in Mississauga.

Tanya Granic Allen, who is also the president of a lobby group called Parents as First Educators, which advocates for scrapping the recently revised provincial sex education curriculum, officially confirmed that she will be seeking the PC nomination in the riding of Mississauga Centre. 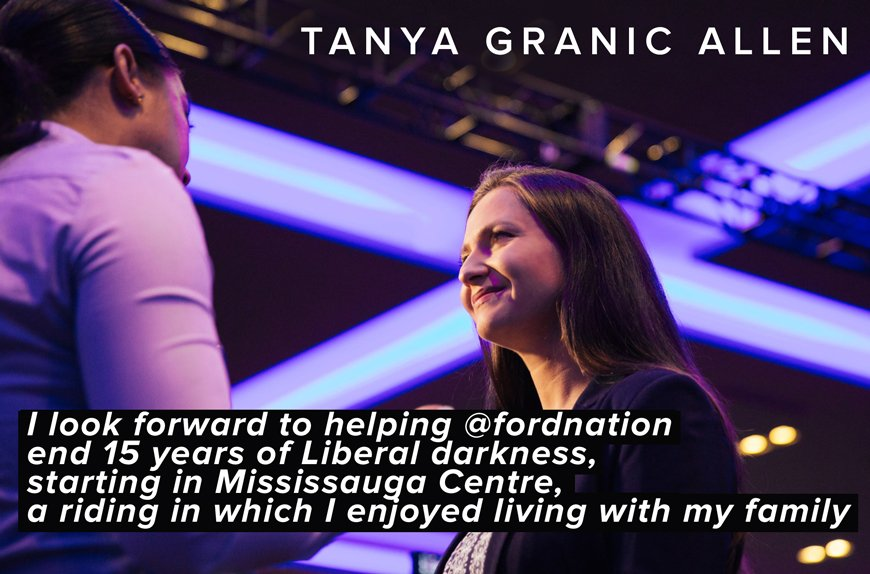 According to Granic Allen’s own account, 80 per cent of her supporters picked Ford as their second choice during the leadership vote after she was eliminated on the first ballot. Ford also came out against the carbon tax and promised to scrap the sex education curriculum.

The nomination was reopened by the PC party last week due to what the party dubbed ‘serious flaws in the process.’ Along with Granic Allen, registered nurse/party activist Natalia Kusendova and businessman Qadeer Shah are also seeking the nomination (a fourth candidate, Tim Iqbal, decided to step aside and endorse Granic Allen). 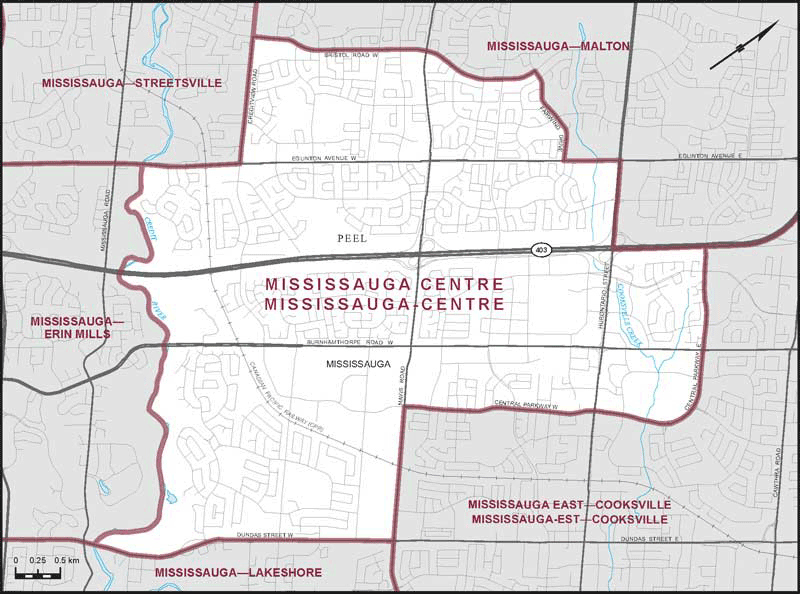 The eventual PC candidate is expected to face Liberal MPP Harinder Takhar, who has been in office since 2003 but has not confirmed as of this writing if he is seeking reelection.

While Granic Allen stated in her announcement that she did live in Mississauga once before, her family recently moved to a small village in Grey County called Welbeck, which is about a two-and-a half hour drive from Toronto. Here is Granic Allen confirming her current residency after the first leadership debate, and a profile of this Grey County village.

Welbeck is located in the rural riding of Bruce-Grey-Owen Sound, which is currently represented by PC MPP Bill Walker.

It’s not a new trend to hear about politicians parachuting into other ridings to run in, as Toronto Councillor Giorgio Mammoliti, who plans to run in Brampton, has demonstrated. But even those who I’ve seen parachute in are at least within the area. Even in the case of Mammoliti, North York and Brampton are demographically and economically not that different from each other.

For all his faults, Mammo has enough of a rudimentary understanding of life and issues in the GTA. But as for Granic Allen, she comes off as mostly a single issue candidate focused solely on killing sex-ed, as well as ripping up wind turbines (as she said in the party’s second leaders debate).

What is her position on the Hurontario LRT and other transit infrastructure projects? What is Granic Allen’s take on the affordable housing crunch Mississauga is experiencing? Any thoughts on suburban poverty and how to alleviate them? There’s certainly no wind turbines to rip up here!

This situation also comes off as a perfect encapsulation of the Ontario PC transition from the party of Patrick Brown to the party of Doug Ford. During Brown’s tenure, Mississauga Centre PC members nominated a bilingual Filipino female lawyer named Angely Pacis as the candidate, and she would have been the first Filipino elected to the Ontario Legislature if she won.

Now it seems the party has regressed back somewhat with a candidate that relied heavily on a socially conservative base of support. Although, the sex ed curriculum issue gained a great deal of traction in places like Peel Region due to its sizable contingent of South Asian and Chinese community members that had many concerns over the curriculum.

Would their support be enough to help Ms. Granic Allen successfully secure her party’s nomination to become the PC candidate in Mississauga Centre? Only time will tell.

Ontario voters go to the polls on June 7.